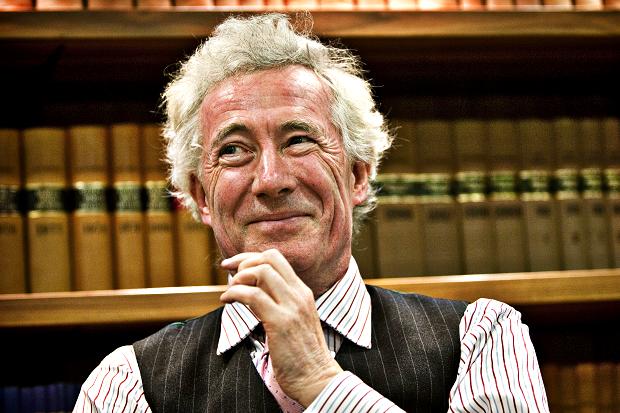 Continuing our long lost QU-IP series, here comes a rather quirky one from Lord Jonathan Sumption.

“But there have been two occasions in my professional life when I have been shaken in my view that it is all just law. One was my only foray, as Counsel, into patent litigation. I will not trouble you with this unhappy story. It persuaded me that chemical patents at least were a remote juridical island, best left to its savage inhabitants.”

Sumption was speaking on the dangers of over “specialisation”, and of the need to constantly cross pollinate in the law. Readers may recollect a series of blog posts on this theme that finally culminated in this ICTSD publication here, where (in the “India” section on Specialist IP courts), I’d noted:

“A key risk with specialised courts is the likelihood of excessively technocratic, formalistic and insular jurisprudence that may often be at variance with the general body of law. This concern is more starkly felt in the context of developing countries where a holistic and balanced approach to intellectual property is often critical to fair and equitable justice dispensation. This is not to suggest unrestrained judicial activism where judges are untethered to statutory structures and the language of precedent and law (particularly in common law countries), but signals a progressive freeing of narrow patent precepts from excessive formalism to situate them more appropriately within the general bounds of law (particularly constitutional and other public law that appropriately protects against the erosion of larger public policy goals, such as the right to health and the right to food security etc).”

For those interested, here are some more nuggets from the sagacious Sumption on the dangers of “specialisation”:

“I have always taken the view that legal specialisations are essentially bogus. At the bar, I liked to trespass on other people’s cabbage patches. As a judge I do it most of the time…

The principle that there are no desert islands in the law seems to me to be a valuable one, which applies well beyond the realm of family law. The essential reason why I am sceptical of specialisation is that I do not regard law as comprising distinct bundles of rules, one for each area of human affairs. This is partly because no area of law is completely self-contained….

One of the advantages of an appellate system is that it allows decisions from a specialised jurisdiction to be reviewed from the outside, “at a distance” if I may echo the title of this address. There will usually be at least one specialist on the appeal panel, both in the Court of Appeal and the Supreme Court. But his or her voice will not necessarily be decisive. The proposition has to run the gauntlet of external scrutiny. This permits a measure of cross-fertilisation between different areas of law, which for my part I think profoundly healthy….In the last half-century the law of contract has been significantly influenced by concepts derived from public law….The rules for construing patents and deeds, which were once a law unto themselves, have now been more or less integrated into the general body of principle governing the construction of written instruments. …Ultimately all of this depends on a willingness on the part of practitioners working in their core areas to look critically at familiar principles and relate them to what is happening elsewhere. Sometimes, distance lends enchantment…”

Hard hitting statements in there! And particularly relevant for us in India, even as our IP bar (and bench) is increasingly becoming insular. With many of us refusing to look beyond the cosy comfort zones of our IP world. Refusing even to constitutionalise IP, though this be the “grund” norm: the mother of all laws so to speak! I was watching this episode of the “Good Wife” last night, where a small time counsel attempts to constitutionalise a regular tort case by invoking the right to freedom of religion. When the opposing counsel opposes this infusion, stating that this case was not about the constitution, the judge exclaims “Everything is about the Constitution, Counsel!” Pretty much nailed it, I thought!

For those with no background on Lord Sumption, some apparently regard him as the cleverest man in the whole of the UK. So says a piece in the Guardian. And yes, he does have an IP legacy of sorts. Was the star counsel in the Star Wars copyright infringement case. He tried to argue that the helmet (stormtrooper helmet that is) was a “sculpture” under the terms of the UK copyright act. Unfortunately he lost on that count before the UK Supreme Court.

For more on our Qu-IP series, see here.