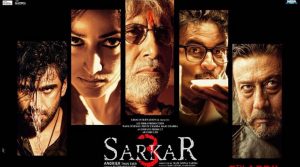 The Bombay High Court has, of late, been dishing out cogent judgments in relation to copyright infringement in films. Read the Phillauri judgment here and the Sardar Gabbar Singh judgment here.

In keeping with recent tradition, earlier this month the Bombay High Court in Narendra Hirawat vs. Alumbra Entertainment, or the ‘Sarkar 3’ case, sought to examine the difference between a ‘remake’ and a  ‘sequel’, based on the contractual terms agreed by the parties.

The case revolved around the rights pertaining to the ‘Sarkar’ movie franchise. As is well known, the movie ‘Sarkar’, starring Amitabh Bachchan, was released in 2005, the sequel, ‘Sarkar Raj’, followed in 2008. The present case was brought in the context of Sarkar 3, the next movie in the franchise. It was the case of the Appellant that ‘Sarkar 3’ was made in violation of the rights granted to them in ‘Sarkar’, which included the right to make sequels, while the Respondents contended that it was a sequel to ‘Sarkar Raj’, which it had full rights to make.

This agreement, executed in 2008 between KSS, RGV and ZPC, assigned all copyrights, including trade mark rights/title and sequel rights in the movie ‘Sarkar Raj’ to ZPC. However, all rights in the movie ‘Sarkar’ were retained by KSS. The court naturally endorsed this, holding that while KSS was the IP rights holder for ‘Sarkar’, the entire bundle of IP rights for ‘Sarkar Raj’ vested in ZPC.

The relevant clause states- “KSS has further represented to RGV and ZPC that KSS hereby quits all its rights / title / interest / claims, if any, in the title, remake / sequel rights, etc. of the film titled ‘Sarkar Raj’....”

This paragraph clearly deprived KSS of the title and right to produce a remake or sequel of ‘Sarkar Raj’.

In 2009, KSS entered into an agreement with NH, assigning the IP rights it had retained in ‘Sarkar’ to NH. However, there were two catches to this assignment. First, while Agreement I was executed in 2008, Agreement II came into the picture only in 2009.Further, NH was explicitly given notice of the rights assigned to ZPC. All the rights vested in NH were made subject to the rights of ‘third parties’ like ZPC, including the latter’s right to make a sequel.

The relevant clause of the second agreement states-“The Assignor hereby assigns, assures and conveys unto the said Assignee/s free from all encumbrances, charges and liens, the rights, titles and interest vested in the said films hereto including…However, the Assignee hereby acknowledges that the rights as aforesaid are being transferred and assigned hereunder subject to the Third Party Rights details whereof are mentioned in Annexure ‘C’ hereto.”

It was made clear that any IP rights of KSS existed only in ‘Sarkar’, and thus, it could only assign its rights in ‘Sarkar’ to NH. The rights in ‘Sarkar Raj’ remained with ZPC. This assignment, however, had one crucial right missing from it; according to the operative part of Agreement  II-

“The Assignor hereby assigns, assures and conveys unto the said Assignee/s free from all encumbrances, charges and liens, the rights, titles and interest vested in the said films hereto including all the rights vested therein namely: copyrights, negative, positive, sound, playing, performing, screening, video, satellite, TV distribution…and all other works comprised in or in relation to the said films including the rights of re-making, including duping, dubbing, reducing etc.”

As is clear from the wording above and was also noted by the Court, the right to make a sequel was conspicuously absent from the rights given to NH, while the right to remake the film was clearly spelled out.

The Court’s Reasoning and Decision

Thus, the claim that the Appellant possessed the right to make a sequel, which was violated by ZPC when it made Sarkar 3, was rejected by the Court.

The Court, in its reasoning, did not delve at length into an analysis of the difference between a ‘sequel’ or ‘remake’. It instead relied upon the contractual terms of Agreement I and II to make that distinction. Earlier, the single judge bench too in its decision had clarified that aright to ‘remake’ a film does not include the right to make a ‘sequel’ or a ‘prequel’ of a film.

In case the link to the Single Judge bench order doesn’t work, the same can be accessed  at Sarkar 3_Single Judge Bench Order.

The picture has been taken from here.