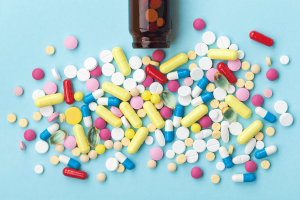 In Glenmark Pharmaceuticals Ltd. vs. Curetech Skincare and Anr., Mr. Justice Kathawalla of the Bombay High Court imposed costs of 1.5 crores against the defendant found to be ‘habitually’ committing trademark infringement of pharmaceutical products. The decision is significant for the quantum of damages awarded and the reasoning (or lack thereof) behind the award of exemplary costs.

The dispute concerns Mumbai-based generics manufacturer Glenmark, and its product Candid – B (an anti-fungal cream). The principal defendant is Galpha Laboratories is the proprietor of a similar drug, selling under the trade name Clodid – B. The two products have similar packaging and trade dress, as made out from the images in the judgement. Having been nabbed for what appears to be obvious infringement, the defendant claimed that the mark was adopted by mistake, and chose not to contest the suit.

Judgement and Order as to Costs

The Court examined the history of the defendant of committing trademark infringement. In particular, it noted the Delhi High Court’s adverse findings against the defendant in Win-Medicare Pvt. Ltd. Vs. Galpha Laboratories Ltd. & Ors. (covered here), where it noted that Galpha was a ‘habitual offender’. Further, the Court also examined the defendant’s history of producing sub-standard drugs, which had been pointed out both by the Central Drugs Standard Control Organisation as well as the Maharashtra Office of the Drug Control Administration.

Chastising the defendant for its practices, the Court held that it was a fit case for imposing exemplary costs, despite the fact that the matter was being finally settled in terms of the plaintiff’s prayers, and imposed costs of 1.5 Crores (which the plaintiff generously agreed to be deposited into the CM’s Kerala Flood Relief Fund).

As far as I am aware, this is the largest order of such exemplary costs in a trademark infringement case, and is particularly interesting given the compromise reached between the parties. However, the Court’s order is also notable for its examination of the public interest in preventing such undesirable practices in the pharmaceutical sector in India, which is notorious for rampant trademark malpractice, leading to significant public health concerns due to spurious drugs, something that has been repeatedly stressed by courts when assessing pharma trademark cases. On that note, I end with this grave observation by Mr. Justice Kathawalla –

“Drugs are not sweets. Pharmaceutical companies which provide medicines for health of the consumers have a special duty of care towards them. These companies, in fact, have a greater responsibility towards the general public. However, nowadays, the corporate and financial goals of such companies cloud the decision of its executives whose decisions are incentivized by profits, more often than not, at the cost of public health. This case is a perfect example of just that.”