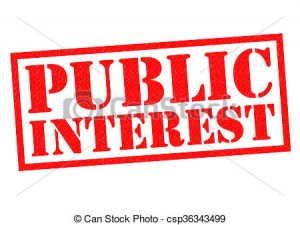 The upcoming session of Parliament may see the passage of a legislation that will have the effect of hardcoding ‘public interest’ into Indian injunction jurisprudence. The Specific Relief (Amendment) Bill, 2017 which has already been passed in the Lok Sabha is the offspring of a report submitted by a committee of experts which is yet to be released to the public. The Law Ministry never conducted a public consultation on the bill and the Lok Sabha passed the bill with no debate – in other words, its like any other legislation passed by Modi Sarkar.

Two of the provisions of this pending legislation are going to affect the ability of Indian courts to grant injunctions in cases involving public infrastructure projects. This will impact even injunctions to be granted in patent infringement cases against the government. The wording of the two provisions is as follows:

An existing provision to be amended: 13. In section 41 of the principal Act, after clause (h), the following clause shall be inserted, namely:— “(ha) if it would impede or delay the progress or completion of any infrastructure project or interfere with the continued provision of relevant facility related thereto or services being the subject matter of such project.”

(Section 41 lays down the grounds when an injunction cannot be granted.)

These amendments are being marketed by the government as a part of its initiative to improve ease of business. In simple English, the government is saying that too many of its big ticket infrastructure projects are getting stuck in litigation and that it has run out of patience with the judiciary. The solution as per the government, is to strip the judiciary of its power to grant injunctions in certain categories of infrastructure projects. This puts private parties, in a terrible position vis-à-vis the brute power of the bureaucracy who can now steamroll any objections or disputes. If anything, this provision is going to make business a lot tougher in India. As I wrote in a piece for the Wire a few months ago, this legislation is likely to adversely affect the land owners. Of what use is land when the owner lacks the option of injunctive relief?

These amendments will have an impact on patent litigation involving contracts fulfilling tenders floated by the government. So far, we have seen at least 2 patent infringement cases filed in the context of railways contracts. In most of these cases, the issue is whether the government use is exempted from patent infringement by virtue of Section 47 of the Patents Act. The Delhi High Court in the Chemtura case and the Bombay High Court in the Garware case have come to very different conclusions.  The second type of cases are those where the government isn’t directly impleaded in the lawsuit but where the alleged infringement is by a company fulfiling a government tender.  For example, the Sergi v. CTR litigation involved components to be used in fulfilment of tenders for power plants meant to generate electricity – this was also the case in some of the Enercon litigation over wind turbine plants. Another case that we covered was filed against the Government of Telangana and private contractors.

Once the new law in enacted, all infrastructure projects in the field of electricity generation and distribution are covered by the schedule to this amendment bill meaning no injunctions can be granted in cases of contracts involving these projects. Railways are also covered in the ambit of this schedule although it is not clear whether locomotives and wagons are covered within the ambit of the schedule. The enactment of the new law will deprive patentees the right to seek an injunction against either the government or private contractors involved in scheduled infrastructure projects.

This does not mean that the patentee cannot claim damages. This amendment would be similar but narrower, than the American provision – 28 USC 1498 which is basically a compulsory licensing provision for government use. This clause basically immunises the US Govt. and its contractors from injunctions in patent infringement cases, leaving the plaintiff with the remedy of claiming only damages. This provision is of early 20th century vintage and was enacted after it was found that multiple patent thickets were affecting military supplies for the American military. The provision was used by the American government to threaten Bayer during the Anthrax crisis in 2001 in order to ramp up production of ciprofloxacin. Recently, the New York Times, in an editorial, called on the American government to use 1498 as a solution to lower drug prices. The editorial cites an academic paper to argue that “In the late 1950s and 1960s, the federal government routinely used 1498 to obtain vital medications at a discount. According to a paper in The Yale Journal of Law and Technology, it enabled the Department of Defense to save a total of $21 million on 50 drugs in one three-year period.”

Getting back to the Specific Relief (Amendment) Bill, 2017, I think the bill will sail through the Rajya Sabha with no opposition. The long-term effect of this bill will be to knock down the prevalent belief amongst the Indian bar that injunctive relief is to be given when demanded by the plaintiff. Injunctive relief was always a discretionary remedy but this bill takes us in the opposite direction by stripping the courts of any discretion to grant injunctions in certain infrastructure projects. Once Indian judges get used to the fact that injunctions are not a holy sacrament under the law, it will likely have an impact on how they fashion their remedies in all cases and not just infrastructure cases.