We are extremely pleased to present before you a guest post written by Sheetal Srikanth. She is an associate at MVS Chambers, Chennai. She is a practising advocate at Madras High Court. She pursued her LLM from University of Toronto, specialising in IPR.

She critically analyses the Madras High Court judgment in Thiagarajan Kumararaja v. M/s. Capital Film Works India (Pvt) Ltd. SpicyIP had dealt with this judgment here. This post brings in certain dimensions and perspectives which are quite interesting. 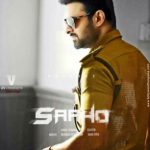 It was recently reported that the Hindi language dubbing rights for SS Rajamouli’sPrabhas- starrer, ‘Saaho’, were sold to T-Series for a whopping 150 Crores. Dubbing and sub-titling allow for a film to be communicated to audiences who do not speak or understand the language of the original film. And naturally, in a country like India with several major mainstream film industries, dubbed films break language barriers and seamlessly travel between India’s biggest cinematic industries. Not only is dubbing a lucrative option for producers, with India’s enormous appetite for foreign and domestic content, dubbed films are extremely popular and artists are able to make an entire career out of it.

As far as copyright law is concerned, the lingering question of who has the right to dub a film was recently put to rest by the Madras High Court in ThiagarajanKumararaja v. M/s Capital Film Works. ThiagarajanKumararaja (TK), the appellant in the present case, is the script-writer and director of the Tamil film ‘Aaranyakaandam’, a highly critically acclaimed film that even won TK a National Award. The producer of the film, S.P. Charan (through Capital Film Works, his production company), decided to dub the film to Telugu almost three years after its making, and was possibly also looking to remake the film. Although the Tamil film did not do well at the box-office, it eventually acquired a major cult following which might be the reason for the producer’s renewed interest in exploiting the film. It has always been TK’s case that he did not assign the rights in the script to the producer and the producer, therefore, has no right to remake or dub the film without his consent. After several rounds of litigation, both at the interim and final stages, the Division Bench, broadly, had the following questions to answer:

Put simply, this is the court’s reasoning for why the producer’s copyright included the right to dub a film–

This analysis of the producer’s copyright is by far one of the most incisive. It clarifies the application of Sec. 14(d) to a large extent. However, in unpacking the dubbing right and its various components, it is my view that the court missed a few finer points in arriving at the conclusion that it ultimately reached.

First, the judgment draws an artificial wedge between translation and dubbing in order establish that dubbing is a reconfiguration of the soundtrack which already forms part of the film and, as such, has nothing to do with the script. Although this interpretation is not incorrect, the first step of the dubbing process, undeniably,is the translation of the script.Even in this case, TK argued that changing the sound track of a film results in the creation of an entirely new film– a separate work for the purposes of copyright law.Assuming arguendo that the communication right included the right to dub the film, such dubbing would ordinarily require the translation of the script which belongs to a different person, the script-writer (TK in this case),and would also require the latter to separately authorize the translation of his script.

Fourth, there might be reason to believe that the court’s reliance on Art. 14 of the Berne Convention and the Sunder Pictures case was also slightly misplaced. It seems that Art. 14 of the Convention applies to contributing authors. In many jurisdictions, for instance, the principal director of the film is considered a contributing author. However, authors of musical, literary and other underlying works are authors in their own right. While contributing authors cannot object to the dubbing or the sub-titling of a movie, I am not entirely convinced that the writer of a script (who is still also the owner of the script) can be subject to the same restrictions as a principal director or other contributor.

The High Court relied on the Sunder Pictures case to support its observation that there is a practice in the Indian cinema industry of dubbing films into a number of languages, and the copyright in the movie is separate from the copyright in the talkie, thereby allowing the rights owner to dub the film in more than one language and assign dubbing rights accordingly. However, the decision in Sunder Pictures was based on the assumption that the producer (owner of the film in question) had the right to dub the film. The Plaintiff in Sunder Pictures, who was the assignee of the Tamil talkie film, sought to restrict the rights of the defendants to exhibit the talkie in Hindi, and it was in this context that the Court held that assigning the copyright to a film in one language does not deny the owner the right to dub the film in other languages. This is fundamentally different from the facts of the present case wherein the copyright in the script is still owned by TK, and the rights in the script have not been assigned to the Producer (who only owns the Tamil language film).

TK’s special leave petition challenging the decision of the Division Bench pertaining to the dubbing rights was recently dismissed by the Supreme Court and the court did not grant leave as prayed. In any case, it is common in the industry for the producer to buy all rights in the underlying works and a situation like the present case does not normally arise.But the truth is that dubbed films translate into good incomes. And in cases such as TK’s, it remains to be seen whether the writers will have their own Javed Akhtar-moment and take back what might be theirs to keep.