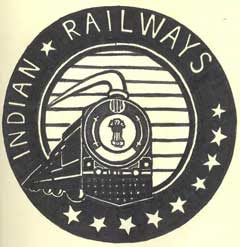 Continuing from the last post on Justice Murlidhar’s Order, this post will attempt to understand the Delhi High Court’s interpretation of Section 47 of the Patents Act. As already explained in the earlier post one of the primary arguments of the Defendants was that Defendants 2,3 & 4 were manufacturing the infringing product on behalf of Defendant No. 1 (The Ministry of Railways) who had supplied the drawings of the product.

Defendants Arguments: It was argued by the Defendants that Section 47(1) which states that the grant of a patent under the Patent Act shall be subject to the condition that any machine appartus etc. may be imported or made by or on behalf of the Government for the purpose merely of its own use exempts the Railways and its agents from being held liable for infringement under Section 48 of the Patent Act.

Plaintiffs Arguments: The Plaintiffs decided to counter this by repeatedly stating the contents of Section 156 of the Patent Act i.e. the patent shall bind the Government. They also seemed to have put up a feeble defence on the basis of the Bombay High Court decision in the Garware Wall Ropes Ltd. Case. This case is discussed below.

I’m still scratching my head trying to understand how and why, both, the Plaintiffs and the Delhi High Court failed to make the obvious distinction between Section 47 and Section 100 of the Patent Act. This distinction was made in an excellent order of the Bombay High Court in the case of Garware Wall Ropes Ltd. v. A.I.Chopra 2009 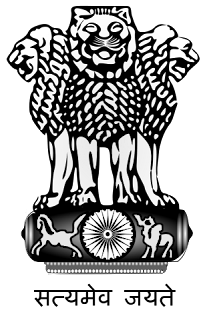 (111) Bom LR 479.
Sai had covered this Order in an equally excellent post that can be accessed here.
The Order itself can be accessed here.
The most crucial distinction between Section 47 and Section 100 is that while Section 47 does not requires the payment of any royalty, Section 100 requires the Government to pay a certain royalty for the use of a patent.
The Garware Decision: In its Order the Bombay High Court distinguished between these provisions on the grounds that while Section 47 allowed the Government to use a a patent ‘merely of its own use’, Section 100 of the Act uses the term ‘for the purposes of Government’. As per the Bombay High Court the former implies the use of the invention directly by the Government or its Departments in performance of the duties assigned to them. The Bombay High Court reasoned that Section 47, was limited to sovereign functions and would not cover the Railways or its contractors. Although the Judge does not clearly support this aspect of its Order with enough reasoning I think he was trying to imply that the Railways was not part of the Government but was instead a Government undertaking which was carrying out a non-sovereign function. Moreover it is also important to note that while Section 99 extends the ‘Government use’ to even Government Undertakings, Section 47 uses only the word ‘Government’. As per this interpretation of the Bombay High Court, Section 100 ensured that the Railways had to pay a royalty for exploiting a patent.
If this aspect of the Order is not overturned the Indian Railways is free to bust as many patents as it wants and the same will be highly detrimental to investment in innovation in the railway sector in the country.