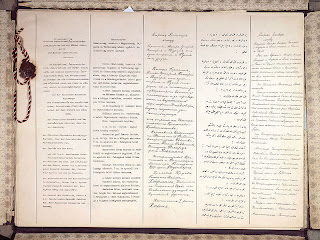 One of the principle questions of law before the SC in this appeal is going to be the interpretation of the term ‘Efficacy’ in Section 3(d). The addition of this term in Section 3(d) sparked of a legal battle between the Union of India and Novartis wherein the latter challenged the constitutionality of the provision. Apart from challenging the constitutionality of the provision Novartis also sought a writ of declaration from the Madras High Court declaring that Section 3(d) was incompatible with TRIPs. The Madras High Court judgment which ducked the TRIPS question, has been adequately analyzed in this article that Shamnad and I had co-authored for NLSIR.

Harmonizing the conflict between national and international law: The question that I would like to explore in this post is whether it is possible to interpret the Constitution and the precedents of the Supreme Court of India to conclude that in case of an ambiguity in an Indian legislation it is necessary to resolve this ambiguity by interpeting the provision in a manner which is consistent with international treaties to which India is a signatory. The sum and substance of my submission aims at arguing that given the ambiguity in the term ‘efficacy’ in Section 3(d) it should be interpreted in a manner consistent with India TRIPs obligations i.e. the term ‘efficacy’ needs to be interpreted in a TRIPS compliant manner. ‘Efficacy’ therefore should be interpreted in a manner compliant with the definition of ‘inventive step’. Such an interpretation would require the Court to judge ‘efficacy’ as any improvement from the perspective of a person skilled in the art. Such an interpretation would render void the selective interpretation of ‘efficacy’ by the IPAB and the Madras High Court, both of whom have interpreted ‘efficacy’ as only ‘therapeutic efficacy’. This interpretation is one of the reasons that Glivec was denied a patent despite the IPAB acknowledging that the beta crystalline form of imatinib mesylate (i.e. Glivec) demonstrated increased bio-availability, lower hygroscopicity and greater thermodynamic stability. The only problem with these improvements was that none of them contributed to ‘curing the disease’ as required under the IPAB’s definition of therapeutic efficacy. 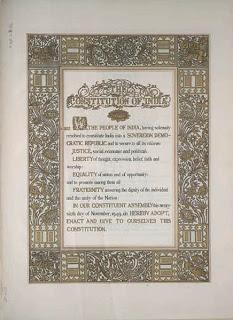 The advantage of couching the arguments in the above terms is that it in case it fails the Supreme Court will pretty much be forced to declare that Section 3(d) prescribes criteria above and beyond Article 27 thereby paving the way for a succesfull challenge of Section 3(d) before the WTO Dispute Settlement Body (DSB).

Now comes the difficult part, explaining the proposition of law that requires the Supreme Court to interpret municipal law such as the Patents Act, 1970 in harmony with India’s international obligation such the Agreement on Trade Related Intellectual Property (TRIPs).

Constitutional Provisions: The principle provisions of the Indian Constitution that are of relevance here are (i) Article 51(c), Article 253 and Article 73.

Article 51(c) states that “The State shall endeavour to foster respect for international law and treaty obligations in the dealing of organized people with one another”. It must be noted that Article 51 is a Directive Principle of State Policy and as such is not justiciable in a Court of Law. It is only meant to guide the State.

Article 253 states that “Notwithstanding anything in the foregoing provisions of this Chapter, Parliament has power to make any law for the whole or any part of the territory of Indian for implementing any treaty, agreement or convention with any other country or countries or any decision made at any international conference, association or other body.”

Article 73 states that “Subject to the provisions of this Constitution, the executive power of the Union shall extend – (a) to the matters with respect to which Parliament has power to make laws and (b) to the exercise of such rights, authority and jurisdiction as are exercisable by the Government of India by virtue of any treaty or agreement”.

As a result of Article 73 read along with Article 253 the Union Government is empowered to enter into any treaty on behalf of the Union of India. Once the treaty has been signed by the Union Government it creates an international obligation on India. Such international treaty is automatically incorporated into Indian jurisprudence unless it conflicts with municipal law. Article 51(c) of the Indian Constitution as pointed out above requires the State to make every “endeavour to foster respect for international law and treaty obligations”. The inevitable question therefore is which law will triumph in case of a conflict between international law and national law?

The answer to that is simple – in case of an apparent conflict national law will triump over international law.

In the case of Vishaka v. State of Rajsthan (1997) 6 SCC 241 the Supreme Court held that “Any International Convention not inconsistent with the fundamental rights and in harmony with its spirit must be read into these provisions to enlarge the meaning and content thereof, to promote the object of the constitutional guarantee. This is implicit from Article 51(c) and the enabling power of the Parliament to enact laws for implementing the International Conventions and norms by virtue of Article 253 read with Entry 14 of the Union List in Seventh Schedule of the Constitution.”

(i)In the landmark case of Kesavananda Bharti v. State of Kerala AIR 1973 SC 1461 the then Chief Justice observed the following in regards Article 51: “It seems to be that, in view of Article 51 of the Constitution, this Court must interpret language of the Constitution, if not intractable, which is after all a municipal law, in the light of the United Nations Charter and the solemn declaration subscribed to by India.”

(ii)The minority opinion in ADM Jabalpur v. Shukla, AIR 1976 SC 1207, which is worth its weight in gold, observed that “Equally well established is the rule of construction that if there be a conflict between the municipal law on one side and the international law or the provisions of any treaty obligations on the other, the courts would give effect to municipal law. a construction which would give rise to such inconsistency unless compelled to adopt it by plain and unambiguous language.If however, two constructions of the municipal law are possible, the courts should lean in favour of adopting such construction as would make the provisions of the municipal law to be in harmony with the international law on treaty obligations. Every statute, according to this rule is interpreted, so far as its language permits, so as not to be inconsistent with the comity of nations on the established rules of international law, and the court will avoid ”

Conclusion: All of the above provisions and precedents clearly point towards a tendency amongst Supreme Court judges to harmonize the conflict between national and international law. Therefore if in case it is argued that Section 3(d) is in conflict with Article 27 of TRIPs the Supreme Court will attempt to harmonize this conflict by defining ‘efficacy’ in terms of ‘inventive step’ in Article 27. If they do decide to interpret ‘efficacy’ in terms of the Article 27 criteria then in that case this artificial distinction between ‘therapeutic efficacy’ and ‘clinical efficacy’ will not not stand for any longer. However if the Supreme Court is of the opinion that the conflict cannot be harmonized it will have to necessarily declare that Section 3(d) is beyond the scope of Article 27. In doing so the Supreme Court may endorse the IPAB definition of ‘efficacy’ and deny Glivec a patent. In a way Novartis wins either way in the sense that even if they lose the case, they will atleast be able to call the Indian Government’s bluff on TRIPs compatibility. This in turn would make it so much easier for Section 3(d) to be challenged at WTO DSB.