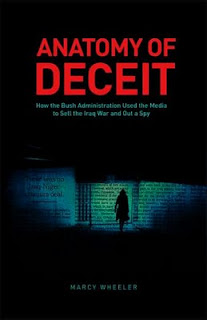 Thanks to Sumathi’s wizardry over Google we have for your viewing pleasure yet another order authored by Justice Murlidhar on two very crucial provisions of the Patents Act – Section 8 and Section 47 (In this post I’ll cover only the Section 8 aspect, the Section 47 aspect will be covered in a subsequent post – for now let it suffice to say that the patentee lost the case on both sections).
The judgment can be accessed here at the website of the Delhi
High Court. The judgment can also be accessed here at India Kanoon website.

The Facts: The brief facts of the case are as follows: The Plaintiff in this case, an American corporation by the name – Chemtura Corporation – were granted Indian Patent No. 213608 for a ‘Side bearing Pad’ that is “specifically directed to devices that dampen lateral rolling motions that occur during the movement of railroad cars”. The equivalent US Patent is 7083165 and can be accessed here.

Defendant 1 was the Union of India through the Ministry of Railways and its Original Equipment Manufacturers. Defendant No. 2,3 & 4 used to be licensees of the Plaintiffs before they began to independently manufacture and sell to Defendant No. 1 the allegedly infringing product.

On the first day of hearing, in May 2009, the Plaintiffs were granted an ex-parte ad-inteim injunction restraining Defendants No. 2, 3 & 4 from infringing the Plaintiff’s suit patent. Subsequently the Defendants sought vacation of the interim injunction on a host of grounds, the main being, supression of facts before the Patent Office. They also claimed the Section 47 – ‘government use’ defence.

Justice Murlidhar through his Order dated August 28th, 2009 vacated the injunction with some damning findings against the Plaintiffs.

Plaintiff’s Averments: As already mentioned above, the invention claimed that the suit patent, is aimed at dampening the roll forces experienced by a two stage suspension system of a railroad carriage. The invention at suit does so by absorbing and cushioning compression forces. The suit patent was granted to the Plaintiffs after the Patent Office carried out a due examination under Section 12 and 13 of the Patents Act. In order to establish a prima facie case of patent infringement the Plaintiffs pointed out that the drawings of the product, submitted to the Railways Board as a part of the tender process, clearly established that the Defendants were infringing atleast Claim 1 of the suit patent. In order to bolster its argument the Plaintiffs produced an expert witness affidavit. The expert in his affidavit testified that the Defendants product had all of the features required by at least Claims 1,3,6 and 14 of the suit Patent.

Defendant’s Averments: The Defendants for their part viciously attacked the validity of the suit patent claiming that the suit patent was bad in law especially since the Plaintiffs had witheld crucial information from the Patent Office. I wish I could explain this in greater detail but the relevant part of the judgment i.e. para 16 is incomplete. The sum of the submission was that the Plaintiffs were forced to narrow their claims, before the EPO and the USPTO because of the prior art cited against them and that the Plaintiffs witheld this information from the Indian Patent Office thereby creating a very strong possibility of their patent being invalidated on the grounds of Section 8, which requires the patentee to keep the patent office appraised of all foreign patent prosecutions.

The Defendants also pointed out that while the USPTO and EPO pointed out several prior art documents forcing the Plaintiffs to restrict the scope of their claims, the Indian Patent Office for its part, had failed to raise any objections of a similar nature thereby implying that the patent office had not carried out a thorough search. This automatically brings into doubt the validity of the patent.

The Scope of Section 8 of the Patents Act

Section 8 of the Patents Act which is titled ‘Information and undertaking regarding foreign applications’ is a provision which will prove to be the Achilles’ heel for all Indian patentees. This provision requires all applicants to furnish the patent office with an undertaking that upto the date of grant of patent in India the Controller would be informed in writing, from time to time, detailed particulars in respect of every invention if any filed in any country outside India. The Section also gives the Patent Office the power to order the applicant to provide at any time before the grant of patent any information regarding the ‘processing’ of the application in a country other than India. 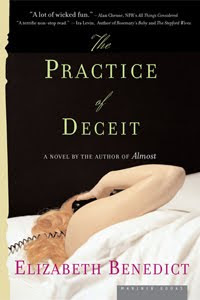 The Defendants for their part alleged that only did the Plaintiffs fail to make a Section 8 disclosure on their own but also blatantly mislead the Patent Office when the Patent Office sent them a Section 8 letter, dated 20th October 2004, requesting them to disclose “details regarding the search and/or examination report including claims of the application allowed…. in respect of same or substantially same invention filed in any one of the makor patent office such as USPTO, EPO and JPO etc.” The Plaintiffs had replied to this request stating that there had been no further development subsequent and thus no further information was required to be submitted.

The Plaintiffs attempted to argue that as of the date of their reply to the Patent Office no grant of patent had been made by either the USPTO or the EPO and that the requirement of furnishing the information as asked for by the Controller, was required to be submitted only when a patent had been granted by such Foreign Patent Offices. The counsel for the Plaintiffs – Mr. Shanti Bhushan – also pointed out that the word ‘status’ used in Form 3 (the procedural form corresponding to Section 8) only required the Plaintiff to indicate whether the applicantion for patent in a country outside India was pending, allowed or dismissed. He urged before the Court that if every stage of the application in a country outside India has to be disclosed to the Controller of Patent it would make his task impossible and cumbersome.

The ruling on Section 8: The Court however shot down the Plaintiff’s arguments and stated that this was exactly the requirement of Section 8. It went on to state in no uncertain terms that the Patent Applicant was required to have furnished any and all foreign search reports in his possession at the time of his reply to the Patent Office’s request on the 17th of October, 2005. In the facts of the present case the USPTO had issued multiple Office Actions since the Plaintiff’s patent application was repeatedly rejected until the claims were finally narrowed down to an acceptable limit. The fact that all of these amendments took place before the 17th of October, 2005 fatally affected the Plaintiff’s case.

Conclusion: Given the obvious suppression of vital information Justice Murlidhar held that there was a prima facie ground to revoke the grant of the patent under Section 64 and held that the IPAB was at liberty to decide the same in the revocation petition filed by the Defendants. The only option left before the Patentees is to amend and narrow the claims before the High Court. This order is of some significance since it is one of the few orders on Section 8 of the Patent Act, 1970. Future patentees will now have to be extremely careful about their Section 8 disclosures.

The Section 47 aspect of the judgment will be covered in a subsequent post.