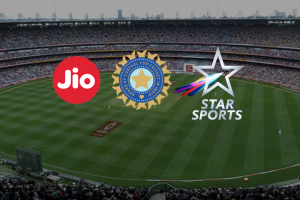 Since the dawn of private sports broadcasting in the early nineties, private broadcasters and Prasar Bharti, which is the government owned broadcaster, have been constantly squabbling over the sharing of broadcast signals of international cricket matches featuring Team India which is officially owned by the Board of Cricket Control of India (BCCI).

The simply policy driving the litigation before the Supreme Court and the enactment of the SBS Act, 2007 was to ensure the widest possible access to sporting events in a country which is obsessed with cricket. Whether you like the game or not, cricket is one of the few unifying sports in this country of bewildering diversity.

The enactment of the SBS Act in 2007 gave rise to new litigation. In the last two years we saw two big judgments from the Supreme Court which have been the subject of three excellent posts by our former bloggers Aparajita (over here) and Ashwini (over here and here). The second judgment from last year covered by Ashwini was on a very interesting issue. Basically, the SBS Act allowed DD to rebroadcast the signal shared by the private party on its terrestrial and DTH network. The terrestrial network is a network of broadcasting towers across the country, which allows televisions to pick up DD’s signal without the requirement of a satellite dish or a cable network. The number of viewers who depend on only the terrestrial network seems to be quite small because of expanding cable TV and DTH networks. Interestingly however, the Cable Television Networks Act, 1995 requires all cable operators to mandatorily re-transmit all DD channels to all their users. This then meant that everybody could get the sports matches for free through DD. The private broadcasters challenged the retransmission of the signal under the Cable Television Networks Act before the courts and the Supreme Court declared in 2017 that notwithstanding the mandate of the Cable Television Networks Act, 1995, the signal shared with DD under the SBS Act could not be retransmitted over cable networks.

The sports broadcasters have been gloating over this judgment for a year until the Ministry of Information & Broadcasting recently invited comments on a proposed legislation which if passed by Parliament will over-rule the Supreme Court’s judgment. In its notice, the Ministry reasoned that the Supreme Court’s interpretation basically extinguished the very rationale of the SBS Act. The notice states the following:

Simply put the Ministry has proposed an amendment to the SBS Act that will allow DD’s signal to be rebroadcast under the Cable Television Networks Act, 1995. This means that everyone in the country who has access to cable TV or DTH networks, can view all the cricket matches without having to purchase high priced subscriptions to Star Sports or any other private broadcasters. The deadline for sending comments to the government has been extended to the last day of this calendar year.

The broadcasting industry has predictably gone into a PR overdrive about how the government’s proposal is unfair and likely to cause untold harm to the entire sector. Business journalists have lapped up anonymous quotes handed out by industry moguls and have published several pieces against the government’s proposal. The issue has been pitted as one of private property rights versus government expropriation. The fact of the matter however is that in the last ten years, despite the existence of the SBS Act (and the rebroadcasting of the signal on cable networks), broadcasters have been paying a higher and higher sum for broadcasting rights for cricketing events. It would then appear that the sports broadcasters are making profits despite the mandatory sharing of signals.

I think the government’s proposal requires a far more nuanced debate. Sports broadcasting is usually a monopolistic affair, primarily because sporting bodies are usually monopolies. And monopolies are regulated in pretty much every country. Almost every country in the world, has some variation of the SBS Act, called anti-siphoning off laws. In the context of sports, there is a strong case to argue that the cultural significance of these sporting events is reason enough to regulate them. In addition, it is possible to argue that if broadcasters are using spectrum which is a public resource, the state should have a say in how that spectrum is used. It will be interesting to see if the government can get this amendment through Parliament before the ICC World Cup in 2019.