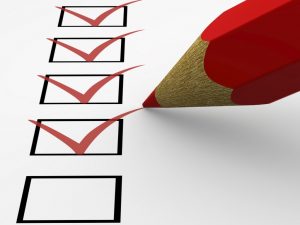 We’re pleased to bring to you a guest post highlighting the discrepancies in this year’s Patent Agent Examination that was held last month on October 28. The post also raises a few fundamental and larger issues afflicting this exam. The author of this post wishes to remain anonymous.

Our earlier posts discussing the concerns regarding the conduct and nature of this exam can be viewed here.

The 2018 Patent Agent Examination – Discrepancies and Some Fundamental Issues

The Indian Patent Office conducted the patent agent examination (“the exam”) on October 28, 2018. The exam was held after a gap of two years, with the last one having been held in November 2016. Based on the roll numbers allotted to candidates, it appears that 4366 candidates enrolled for taking the examination, a high number considering the unique interdisciplinary nature of the examination.

The Patent Office has now released an answer key for each set of the question paper. This post examines some of the discrepancies with the answers mentioned in the answer key for the 2018 exam as also some of the more fundamental issues regarding the manner in which the exam is conducted.

The Patent Office has released the examination paper (Set C) and the answer key (for all sets). These are available here.

In my view, the answers suggested by the Patent Office to Questions 16 and 32 (reference Set C) are wrong.

Question 16, a multiple choice question with one correct answer, is quoted below for ready reference:

Q.16 A researcher finds an idea on recycling of biodegradable plastic. How does he proceed for patenting his idea?

Question 32 is quoted below for ready reference:

This is a true or false question and the candidate is required to suggest whether any or both of the statements is true.

The answer key suggests that the first is false and the second statement is true. The first statement is clearly false – no issues there. The second statement states that a patent application shall not be refused if it is filed before the publication of the invention in an International journal “as [the applicant] is confident” regarding the fact that the applicant is the same as the author of the journal. The second part of the statement is false – well, the applicant’s confidence is not supported by any legal theory and is legally irrelevant – because the reason for non-refusal is not the identity of the author and the applicant but the fact that the application has been filed before the publication in the journal.

Since the patent will not be refused in the second situation, there may be sufficient ambiguity in Question 32 to justify the Patent Office’s answer. However, this continues the disturbing trend of vague questions with unclear answers in the exam. This happened with the 2016 examination as well (see earlier post on this blog here) – there was a writ petition filed with respect to the answers for one of the questions and the Patent Office’s only response was to point to the ambiguity in the answer. Unfortunately, the Court rejected the writ petition on the basis that the candidate had not shown that the Patent Office’s answer was not “undoubtedly wrong”.

In my view, it is critical for multiple choice questions and answers to be unambiguous and clear. This responsibility is on the examiner. Requiring the candidate to prove that the answer in the answer key is “undoubtedly wrong” illogically places the burden on the candidate since s/he has no involvement in the drafting of the question. With an ambiguous answer for a multiple-choice question, the candidate is left helpless – because s/he has no insight into the examiner’s mind and also has no way to explain her/ his reasoning. This is particularly true for law-related questions, which are often subject to interpretation.

There are some more fundamental and larger issues plaguing the Patent Agent examination.

The exam is “closed book” – candidates are not allowed to carry statute books or reference material to the exam. The syllabus of the examination is the Patent Act and Rules with only two questions on drafting of patent specifications (See Rule 110 of the Patent Rules). As a result, the exam turns out to be primarily a memory test with candidates being required to recall and regurgitate provisions of the Act and the Rules, including the exact sub-section or sub-rule or form number. This, in my view, is a completely wasteful exercise and misunderstands the basic nature of law practice. In my experience, even some of the most talented and celebrated lawyers refer to the statute book again and again for deciphering different interpretations of statutory provisions. Even domain experts revisit the statute each time they are called upon to provide an opinion on a provision.

In short, the statute book is a tool which lawyers and patent agents have handy at all times; they are rarely called upon to recall exact sub-sections, rules or form numbers without reference to the statute book. Further, as anyone who has given an open-book exam would confirm, these are often harder than closed book exams since they test both analytical and recall skills. Open book exams are better suited to test higher cognitive ability (see an article on this issue here).

Contrast the Indian patent agent exam with the USPTO Registration Examination or the European Qualifying Examination (EQE). Both examinations are open – book; the USPTO allows candidates to refer to all the reference material tested in the examination including the Manual of Patent Examination and Procedure. Similarly, the EPO allows candidates taking the EQE to carry books, timelines, charts etc (see here at page 33). A parallel can also be drawn to the All India Bar Examination which is also “open book” with students being allowed to carry the relevant statutes and notes.

In my view, if the patent agent exam is to achieve its avowed purpose, then it should focus on selecting candidates with analytical skills as opposed to recall and regurgitation skills.

The 2018 examination is a classic example of the focus on recall skills. Take for instance, Part 2 of the exam which is supposed to ask “situation based questions”. However, a quick glance at the exam questions that were actually asked shows that this is hardly the case. Some the questions asked were:

1. Write a short note on non-patentable inventions within the provisions of the Patents Act and Rules;

2. The grant of a patent is based on certain conditions as stipulated under Section 47 of the Patent Act. Briefly explain those conditions.

3. Explain the various provisions in the prevailing rules for ‘expedited examination’, small entity and ‘start-up’.

4. Explain briefly the different provisions of the Patent Act for the following:

a. Role of a Patent Agent;

b. Criteria for disqualification of a patent agent

5. One client ‘A’ has come to your office seeking advice regarding assignment for a “solar cooktop” which ‘B’ has already patented. As a practicing patent agent, brief him about the applicable issues as per the Patent Act and Rules to your client A.

Questions 1-4 are clearly not “situation based”. Question 5 is ostensibly situation-based but essentially requires a regurgitation of the provisions regarding assignment of a patent. Paper 2, which is supposed to be the analytical part of the exam, requires the candidate to answer 9 questions in total – 5 of these 9 are non-analytical.

Again, the EQE serves as a stark contrast. The EQE is divided into 5 papers (see here) and each and every question tests the analytical skill of the candidate. In the most recent round of examinations, each question in each of the five papers required the candidate to apply the law to a detailed fact situation. In a way, this is a byproduct of the EQE being open book – the examiner’s focus has also moved from assessing recall ability to analytical ability since the candidate already has the resource materials during the examination to aid in recall.

Subjectivity in the Viva – Voce

The subjectivity of the viva-voce examination has already been written about extensively on this blog (for instance, see here). I don’t have much more to add except to say that the subjectivity goes to the level of the examiners asking candidates the name of the firm to which they belong – those coming from bigger IP firms are more likely to score higher on the viva-voice. Anecdotal evidence also suggests that candidates are asked the number of years of practice and those who have less than 2 years of practice often score low on the viva – voce.

If India is to improve the quality of its patent agents (which will have a direct impact on the quality of patents which come out of this country), it must test its patent agents on their analytical skills and their ability to apply the law. Till that happens, we will primarily remain a country of patent agents who refile applications prepared by patent attorneys in other jurisdictions and patent specifications originating from India will have to undergo significant amendments for them to be granted abroad. This requires a complete rethink and an overhaul of the patent agent examination system.