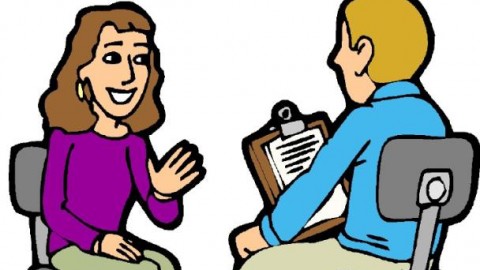 The result of the Patent Agent Exam 2016 is out. A total of 123 candidates have failed to qualify the exam owing to the low scores obtained in the viva-voce component of it. These viva scores have once again revived the controversy that the viva requirement of the patent agent exam has been mired in for some years now.

Yesterday, we received some comments on our last post on the Patent Agent Exam, questioning the credibility of the viva process and its scores. The commentators expressed their disappointment over the subjectivity involved in the viva and the lack of a provision for its review. Two of the comments are reproduced below:

“What can be the reason for failing in Viva Voce Exam when you knew answers to all the questions asked and know that you have answered them correctly? Is it some personal bias or something else? Is it justified? Is there any mechanism to question the credibility of marks allotted in Viva Exam?”

See the miracle of Viva weightage. Same kind of knowledge (as per mark) people gets 40 and 18 how?”

On this blog, we have on more than one occasion, raised objections to the patent viva exam and also called for doing away with this requirement. Prof. Basheer, in his post here, had opined that “the requirement of a viva voce is unconstitutional, inherently subjective and entails significant administrative and other costs. Hence it should be done away with…Alternatively, assuming that the viva is held legally valid in principle, the present structure of the viva [where it accounted for almost 33% of the total marks] is arbitrary and unconstitutional. And should therefore be changed.” These objections were elaborated upon and thrown open for debate on two platforms, CLAM and Debatepedia. In a subsequent post here, Prof. Basheer had urged those aggrieved by the viva scores to challenge the constitutional validity of the viva requirement, mandated by Rule 110 of the Patent Rules, 2003, in the court.

Subsequently, on a writ petition filed by one of the aggrieved candidates, the Delhi High Court struck down the rule stipulating minimum 50% marks in the viva voce as arbitrary and thus violative of Article 14 of the Constitution and left it up to the Patent Office to reduce the weightage of viva marks from 50% to a maximum of 25%. In a later judgment (in the Renu Bala case), the Del HC directed the Govt. to amend the Patent Rules to this effect, within a period of three months. Consequently, the rules were amended by the DIPP, bringing down the total marks for the viva from 100 to 50 and doing away with a minimum marks requirement for the viva. Thus, a candidate at present is required to only obtain a minimum of 50 marks each in Paper I and Paper II and an aggregate of 60% of the total marks (i.e. 250).

However, unfortunately the requirement of a viva voce to qualify the patent agent exam, which has been argued to be unconstitutional irrespective of the weightage allotted to it, still continues to exist. Also, although the total weightage of the viva marks has been reduced from the earlier 33% to 20% of the total marks, it remains way higher than 12%, which has been argued to be the maximum permissible for a viva exam (assuming the viva requirement is constitutional).

The result of the Patent Agent Exam 2016 has again brought to fore the inherent bias and subjectivity involved in the viva exam. Here’s the statistical analysis of this result carried out by Smit Raval, one of the candidates who appeared in the 2016 exam and scored 80 marks (out of 100) in Paper I but only 14 (out of 50) in the viva (of hardly five minutes). This analysis shows that out of the 123 candidates who have failed due to the viva marks, 13 had scored above 70 marks in Paper-I. Since the viva, being short, is meant to be objective and the questions posed are similar to the ones asked in Paper-I, how is it that one who has done well in Paper-I has performed poorly in the viva? It is even more surprising that 10 of these 13 candidates are the ones who appeared at the Mumbai center. Out of a total of 66 candidates who obtained 25 marks or below in the viva exam, 52 are the ones from the Mumbai center. There is also a stark difference between the average viva marks of the candidates at different centers. While the average marks for Nagpur center are 39.96, those for Mumbai center are only 26.57. Is this not sufficiently reflective of the high subjectivity involved in the viva exam? Would this lead to forum shopping? Do we even need this component of the exam that is meant to test only the subject matter competence which is already tested through the two written papers? Does it bear a rational nexus to the object of selecting persons having basic level of competence to file and prosecute patents?

We once again urge the aggrieved candidates to take these issues to the court and challenge the constitutional validity of the very requirement of a viva voce for qualifying as a patent agent and its present scheme of marks.

Thanks to Rajiv for his inputs on this post!