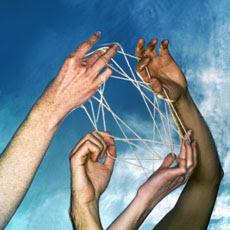 In the aftermath of the last patent agent exam, in March this year, we had a heated round of discussions on this blog. For a nuanced statistical analysis of the results of this exam, please see Rajiv’s post here.
Given that the IPO just announced the schedule for the next exam (January 15 and 16, 2011), we thought it might be an opportune time to reassess the exam, what it stands for and how it could be bettered.

For those not in the know, the eligibility criteria for taking the patent agent exam and the current format/structure of the exam is as below:

i) The candidate must be a citizen of India

ii) Must have completed the age of 21 years

iii) Must have a science, engineering or technology degree from India

iv) Must have passed a qualifying exam:

The qualifying exam mentioned above tests a candidate on his/her knowledge of the patents act (Paper I) and his/her proficiency with drafting and interpreting patent specifications and other related documents (Paper II). The total marks for the exam are 300. Each of the written papers (Papers I and II) is for 100 marks. Subsequent to the written exams, a viva voce of 100 marks is also conducted.

In order to qualify, a candidate must get 50% in each individual component of the exam (Paper I, II and the viva) and shall be declared to have passed the exam only if he/she obtains an aggregate of 60% of the total marks.

Some commentators to our earlier posts on this theme argued, and rightly so, that the viva voce (oral exams that are conducted post the written exam and carry 100 marks) is inherently subjective. Having been part of the viva process in May this year, I personally think it is useless (for want of a more sophisticated term), casts an undue administrative and financial burden on the government (as also on candidates), and is also unconstitutional.

Along with some of my students who did some exceptional background research on vivas and their legality, I was planning on writing directly to the government and petitioning them to scrap the oral viva rounds. However, we thought it might be more useful to first elicit feedback from our readers on some of these issues.

Towards this end, we have thrown open this debate on two platforms. One is our CLAM platform, that had already been introduced on this blog earlier. We’d run two policy proposals on CLAM, one dealing with the copyright exception for the “disabled” and the other dealing with other copyright proposals (that were drafted in the light of the recent copyright amendment bill by the government).

All you need to do is register through a very simple process–and you can participate in CLAM by posting your comments.

Alternatively, for those of you “argumentative” folks interested in more of a “debate” style platform, we’ve put up the above proposals on debatepedia. Here again, all you need to do is to simply register (provide a user-name and password) and you are ready to go.

If you don’t have the time and inclination to register at these sites, you can still view the proposals by simply visiting the relevant pages on CLAM and Debatepedia.

In short, our objections to the patent viva voce exam are as below:

1. The requirement of a viva voce is unconstitutional, inherently subjective and entails significant administrative and other costs. Hence it should be done away with.

2. Alternatively, assuming that the viva is held legally valid in principle, the present structure of the viva is arbitrary and unconstitutional. And should therefore be changed.

We would be very grateful if as many of you (as possible) could participate in this initiative. For one, it helps us refine the proposal and strengthen the arguments (or perhaps appreciate that the arguments are weak and we are barking up the wrong tree). Once we have collective input of this nature, we can finalise the petition and send it to the government along with all our joint signatures.

We are also hoping to improve the CLAM platform through this process. As some of you are aware, CLAM is meant to engender a more “collective’ and participatory process in law making. The time is ripe for such a platform, as would enable one to present policy proposals and refine/strengthen it (or even discard it) after inputs from stakeholders and members of the public. The platform will initially start with some key IP policy proposals and then move on to cover other legal/policy areas.

The platform is not only meant for proposals originating from the SpicyIP team. Rather, anyone with a carefully thought out policy proposal (on any area of law, and not just IP) can use the platform by presenting the proposal therein and seeking public input and views. Once such views are received and the issues thoroughly debated on the platform, the mover of the proposal/motion could amend their proposal in the light of such views and forward the final proposal to the government for consideration and implementation.

Unfortunately, the current CLAM platform is far from optimal. If some of you who have strong views on the patent agent exam (or even those of you who are interested in participatory policy making more generally), can use these platforms and come back with your suggestions on how to better it, it would help us devise a far more optimal platform than the present one.

In fact, as I had mentioned in an earlier blog post, we are also thinking of opening this to competition and offering a prize (20-25,000 Rs) for the person who designs the most optimal CLAM platform for us. Such a platform should enable the following:

i) Any person should be able to formulate a policy proposal on any area of law and throw it open to public debate and participation.

ii ) Members of the public (or any other closed group) can edit the said proposal and/or offer comments on it.

iii) Members of the public (or a defined close group) can view the proposal and all the comments pertaining to it, as also the history of the edits and comments.

iv) Members of the public (or a closed group) have the ability to add more arguments to the proposal and debate them out (much like debatopedia).

vii) The ability to collect signatures for the final public petition that comes out of this participatory process and is sent to the government for consideration and implementation.

If any of you are interested in this platform and structuring it or collaborating on this venture, please let me know (shamnad [at] gmail.com).

Before I sign off, I want to record my appreciation for Sai Vinod, a third year student at NUJS for working around the clock and helping us revive CLAM.