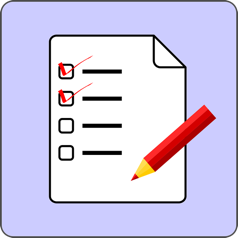 The Bombay HC recently delivered an order dealing with certain objections raised against the Patent Agent Examination, 2016. In their decision, they interpreted the Supreme Court’s decision in Kanpur University v. Samir Gupta (“Kanpur University”). This post examines the questions which arise due to the Court’s interpretation and application of this decision.

The Question in Issue

The Petitioner (a candidate who appeared for the said Examination) raised contentions regarding the answer options of a multiple choice question in the Examination set by the Respondent (the Controller General). The disputed question reads as follows:

“As per the Indian Patents Act, a resident in India:

(c) Can file an application for patent in a foreign country only after filing a PCT application on same Subject matter.

The Petitioners contended that the correct answer was option (b) since Section 39 (1) of the Patent Act provides that no Indian resident can file application outside India without first filing an application in India, unless written permission is sought in manner prescribed and granted by the Controller. According to them, this statutory condition amounted to the “special circumstances” mentioned in option (b).

They relied on the Kanpur University decision to support their contention. This case had dealt with a similar factual matrix wherein the answer key options of an MCQ had been challenged in the Court. The Court had held the following:

“We agree that the key-answer should be assumed to be correct unless it is proved to be wrong and that it should not be held to be wrong by an inferential process of reasoning or by a process of rationalisation. It must be clearly demonstrated to be wrong, that is to say, it must be such as no reasonable body of men well-versed in the particular subject would regard as correct. The contention of the University is falsified in this case by a large number of acknowledged text-books, which are commonly read by students in U.P. Those text-books leave no room for doubt that the answer given by the students is correct and the key answer is incorrect.”

The Petitioner hence contended that, on the basis of accepted textbooks on patents, option (b) was the correct answer.

According to the Respondent, none of the given answers were accurate and hence the correct option to the above question was option (d) i.e., “none of the above”. They stated that since a combined reading of Sections 35, 39 and Rule 71 of the Patent Act clearly demonstrated the procedure under which a resident of India could file for patent in a foreign country without filing for the same in India, the same would not amount to “special circumstances” in option (b).

The Bombay HC decided in favour of the Respondent. Admittedly, the Petitioners did not prove that option (d) was undoubtedly wrong and merely attempted to prove option (b) correct through an inferential line of reasoning. The Court correctly observed that it cannot substitute views of experts with its own views unless the former’s views are against the law. It is clear from the Kanpur University decision that the Court is supposed to proceed on the assumption of the accuracy of the answer key option and that the answer key option cannot be proven to be wrong by an inferential process of reasoning.

The problem arises when the Bombay HC applies such a reasoning to prove the key answer correct. In its decision, it makes a clear assertion that “it would be appropriate to contend that an established law can’t be considered as a special circumstance” when it agrees with the Respondent’s line of reasoning. Does the Kanpur University decision, however, allow the Court to make such a statement or is it supposed to limit itself to the mere assumption that the answer key option is correct? Also, what exactly is “special circumstance” with regard to the Patent Act? The Court does not base its assertion on any legal reasoning or precedent and simply makes a blanket statement regarding the same.

Another point of consideration which arises in this case is the troubling ambiguity of the answer options provided by the Controller. In this regard, the Court merely observes that “in an objective type of test usually the answers in the options are formulated in such a manner that making a choice is made difficult and tricky and it is therefore a real test of making the right choice” However, a candidate faced with such a question with ambiguously worded options is bound to attempt option (b) since Section 39 provides for such a situation in law and “special circumstances” is a fairly vague term. Given that the examination decides the fate of many and the future of the Patent Office, the Controller would do well in ensuring that better questions are framed with less ambiguous options in the future to prevent such confusion.