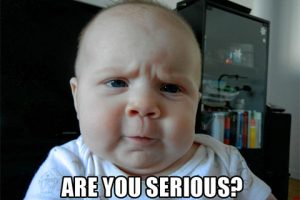 In a shocking piece of news, delivered to us by one of our former bloggers, Thomas Vallianeth, it appears that Parliament recently repealed the Copyright (Amendment), Act, 1999 and Copyright (Amendment) Act, 2012 when it enacted the Repealing and Amending (Second) Act, 2017 and which law received Presidential Assent on January 5th, 2018.

The repeal of old legislation has been high on the Modi government’s agenda and since winning the elections in 2014 this government has been regularly repealing old laws. The exercise makes sense if it is aimed at repealing old legislation that has no place in the modern world. For example, this present legislation repeals the Dramatic Performances Act, 1876 a legislation enacted by the British to censor plays and theatres in Mumbai. Similarly, the Prevention of Seditious Meetings Act, 1911 which is another British era law has been repealed.

The Copyright (Amendment) Act, 1999 is the basis of important rights such as the rental rights and also introduced a new scheme for the government to recognize foreign right holders. The Copyright (Amendment) Act, 2012 needs no introduction to our readers – it is the legislation that brought in sweeping changes to the existing Copyright Act, 1957. These changes include the mandatory royalty sharing provisions, statutory licensing regime for broadcasters, a new scheme for copyright societies, a safe harbor provision for internet intermediaries etc. You can read more about it in my book with Sumathi over here or if you want an open source alternative, you can read about the amendments on SpicyIP or a NUJS law review special issue that is available over here.

So why exactly has the government repealed these laws and more importantly what is the effect of such a repeal?

One interpretation being circulated is that the principal act, which is the Copyright Act, 1957 survives as amended and only the amending act is repealed. The other interpretation of course is that the all of the amendments proposed by the legislation of 1999 and 2012 also go out of the window and the law reverts to the form it had as of 1994 when it was last amended.

Lending credence to the first interpretation, is Section 4 of the Repealing and Amending (Second) Act, 2017 which states that “The repeal by this Act of any enactment shall not affect any other enactment in which the repealed enactment has been applied, incorporated or referred to”. This is a boiler plate clause in all repeal and amending legislation.

The other opposing interpretation flows from simple logic. If the amending statute, is the source of the power and it has been eliminated, then is it not obvious that the amendments to the principal act lose their validity and are automatically repealed? What else is the point of repealing the amending act? It surely can’t be the case that a status quo exists regardless of whether a law is or is not repealed by Parliament. If there is no effect after Parliament repeals a legislation, why even go through the motions of repealing the law? What’s the point of such an exercise? Parliament must have intended to have an effect at the time it decided to repeal the law and that intention is to simply junk those set of amendments.

But enough of first principles let’s move on to the case-law. If you thought it was completely impossible for such an absurd fact scenario to have taken place in Indian history, think again. The very same issue made it till the Supreme Court in the case of Jethanand Betab v. The State of Delhi, which was decided in 1959. The Indian Wireless Telegraphy Act, 1933 had been amended in 1949 to introduced a particular penal provision. The amending act was subsequently repealed by The Repealing and Amending Act, 1952. The question was whether the penal provision inserted in 1949 would survive or be deleted from the law. The court speaking through Justice Subba Rao held that the amendment introduced in 1949 would survive even after the amending legislation was repealed because of Section 6A of the General Clauses Act and not Section 4 of the repealing act (which appears to be a boiler plate clause in all of these repealing legislation).

The provision however survives thanks to Section 6A of the General Clauses Act, 1897 which reads as follows:

“Where any Central Act or Regulation made after the commencement of this Act repeals any enactment by which the text of any Central Act or Regulation was amended by the express omission, insertion or substitution of any matter, then, unless a different intention appears, the repeal shall not affect the continuance of any such amendment made by the enactment so repealed and in operation at the time of such repeal.”

The appellant in the Betab case tried arguing that the amendment was not merely textual but substantial in nature. Justice Subba Rao however rejected that interpretation on the following grounds:

“The text of an enactment, the argument proceeds, is the phraseology or the terminology used in the Act, but not the content of that Act. This argument, if we may say so, is more subtle than sound. The word ” text “, in its dictionary meaning, means ” subject or theme “. When an enactment amends the text of another, it amends the subject or theme of it, though sometimes it may expunge unnecessary words without altering the subject. We must, therefore, hold that the word ” text ” is comprehensive enough to take in the subject as well as the terminology used in a statute.”

Applying the same logic to the Repealing and Amending (Second) Act, 2017 it will be possible to save the effect of the Copyright (Amendment) Act, 2012 on the principal legislation even after the amending legislation has been repealed. I am not too convinced though by Justice Rao’s expansive interpretation of the phrase “text” in Section 6A of the General Clauses Act – I think the appellants had a valid point when they distinguished between an amendment that changed only phraseology and terminology and one that brought in substantial amendments. Justice Rao’s interpretation renders the phrase “text” otiose. There must be some specific reason for the legislature to introduce the phrase “text” because it must be aware that all amendments would in any case happen to the “text” as interpreted by Justice Rao.

In any event, we need to see how the music industry decides to tackle this issue – it could keep quiet and accept the futility of a legal challenge or it could start using the repealing legislation to start redrafting contracts and agreements and then wait for litigation to deliver a conclusive verdict. All of this is extremely unfortunate in my view – presuming the government had only the most benign of intentions behind this move, I fail to understand the aim of this exercise? What has it achieved for the government?