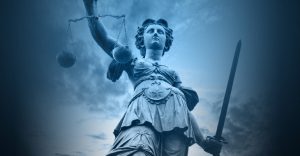 The petition before the Madras High Court has been filed by Wing Commander (Retd.) T. R. Mohan. The gist of his petition as per a comment he left on our blog is as follows:

“I had filed a WP 27681 in 2016 praying to Hon’ble Madras High Court to instruct CGPDTM, Mumbai to grant registration to me since no stay has been granted till now in WA 532 of 2014 and a mere filing of an appeal cannot operate as a stay as per Order 41 Rule 5 of CPC and also decided cases of Hon’ble Supreme Court of India and various other High Courts.”

WA 532 of 2014 is apparently the appeal filed by the government against the judgment in Chockalingam v. Union of India where a single judge of the Madras High Court struck down Section 67(a) of the Patents (Amendment) Act, 2005. I’ve discussed the ramifications and doubts regarding the striking down of Section 67(a) in an earlier post. Apparently, that challenge has been pending for the last 4 years and the appeals bench has not stayed the judgment of the Single Judge.

The petition before the Delhi High Court has been filed by Delhi based advocate Aditya Gupta. Aditya has challenged the constitutionality of Section 67(a), which has already been struck down by the Madras High Court and in addition has also challenged Rules 109-111 of the Patent Rules, 2003. These rules basically implement the mandate of Section 126(c)(ii), which is the provision inserted by Section 67(a) of the 2005 amending statute. The full text of his petition can be accessed here.

As I had mentioned in an earlier post, I am not quite convinced that it is possible to challenge the constitutionality of a provision deleting something from the law because you are in effect challenging something that doesn’t exist in the eyes of the law anymore.

Perhaps a more convincing line of argument, would be to simply challenge the constitutionality of the whole of Section 126(c). As it stands now, the provision reads as follows:

(c) he has obtained a degree in science, engineering or technology from any university established under law for the time being in force in the territory of India or possesses such other equivalent qualifications as the Central Government may specify in this behalf, and, in addition,—

(ii) has passed the qualifying examination prescribed for the purpose; or

(iii) has, for a total period of not less than ten years, functioned either as an examiner or discharged the functions of the Controller under section 73 or both, but ceased to hold any such capacity at the time of making the application for registration;

I remember having this conversation with Feroz Ali several years ago during a visit to the Madras High Court where he made the convincing argument that the entire provision violates the equal protection mandate of Article 14 of the Constitution. The equal protection clause of Article 14 allows the law to create different categories, provided there is a reasonable basis for creating such a classification and there is a rational nexus between such classification and the aim of the statute. For example, in the case of taxation, Parliament can tax different classes of people at different rates depending on their incomes. There is a reasonable basis to this classification, since the government has certain sound social and economic policies that substantiate progressive taxation.

In the context of qualification requirements that creates entry barriers to the profession, the qualifications laid down in the law, need to have some nexus to the aim of that profession.

For example, in the context of the patent agent examination, the government is likely to argue that degrees in science and technology are required to ensure high quality patent drafting. There are two possible opposing arguments. One is on the lines made by Aditya in his writ petition, wherein if advocates are allowed to argue patent infringement and patent validity matters before the judiciary, it follows that they can be trusted with patent drafting because the key to drafting a good patent application is to understand principles of patent law i.e. principles of claim drafting, claim interpretation etc. The second line of argument, which is loosely based on an argument made by Feroz Ali, is that the current system of qualifications basically allows somebody with a degree in zoology to draft patent specifications for space rockets. In other words, the law does not discriminate between different degrees in science and technology and presumes that a degree in any science and technology qualifies a person to draft any patent application for any technology – that is the definition of an absurd classification and one that will most certainly fall foul of Article 14’s equal protection mandate. It is irrational and has little nexus to the aim of the law, which is to ensure quality patent drafting.

If the government does want to save Section 126 it will need to narrow the scope to allow patent agents to practice only in that one technology field where they are qualified. I honestly doubt whether India has the need for such a high entry barrier to the profession because 90% of our patent applications are filed by foreigners, meaning that 90% of these applications are drafted outside the country, with Indian law firms basically being post offices. There are a few firms like Naren Thapetta’s IP Horizons which do cutting edge patent drafting work but such firms are few and far between