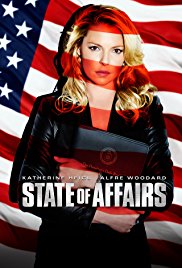 It has now been over 6 years since the revolutionary Copyright (Amendment) Act, 2012 was passed by Parliament. As most of our readers may remember, the background to that amendment was corruption in Indian copyright societies and allegations of patently unfair contracts being thrust onto Indian composers and lyricists. The amendments were aimed at changing the regulatory framework for Indian copyright societies and inserting statutory safeguards to protect songwriters and composers. We’ve covered the background of those amendments extensively on this blog. For a consolidated reading of the events, do refer to the special edition of the NUJS Law Review edited by Shamnad or at Chapter 7 of my book with Sumathi.

A key component of the new law were provisions aimed at reforming existing copyright societies. When a hotel owner plays a sound recording, as per conventional copyright wisdom, the hotel owner will have to procure a license from the copyright owner in the sound recording and another set of licenses from the songwriter and music composer. The license for the sound recording used to be procured from PPL, while the license for the music and lyrics is procured from IPRS. Thanks to the Aditya Pandey judgment of the Supreme Court, there is now an argument being made that the licence from IPRS is not required if PPL grants a licence. The Supreme Court’s decision is highly questionable and threatened to reduce IPRS to collecting royalties from only live performances of music where sound recordings were not involved.

Post 2012, the issue for users became more complicated since singers claimed that even they should be remunerated. There is a Delhi High Court decision that supports this position but it is a very weak precedent. Post 2012, the Indian Singers Rights Association (ISRA) was formed as a copyright society to assert the rights of singers demanding that a third license be procured from it (apart from IPRS and PPL).

IPRS and PPL both ran into rough weather when it came to their re-registration as copyright societies. The central government announced an inquiry into the functioning of the Indian Performing Rights Society (IPRS). The government appointed a Commission of Inquiry headed by a retired bureaucrat Dr. Y. P. C. Dangey. Although this commission was appointed in 2015 and it submitted its report to the government, the report is yet to be made public. I filed an application under the Right to Information Act, 2005 with the government but was denied a copy of the report.

While IPRS was eventually re-registered by the Copyright Office, PPL’s registration is still pending. To add to the confusion, a fourth company called Novex Communications Pvt. Ltd. started collecting public performance royalties, as a de-facto copyright society, on behalf of a select bunch of music labels such as Yash Raj Films, Tips etc. Under the law, PPL and Novex cannot be in the business of issuing licenses unless they register themselves as copyright societies. They however continue to collect licenses under the guise of different legal fictions – while Novex claims it is an agent, PPL claims that it owns the rights in all the music.

Over the last couple of days, I had a look at the financial statements of most of the above licensing companies and the figures aren’t very impressive.

The annual reports for IPRS and ISRA for 2016-17 are available on the websites of the companies. For 2016-17, IPRS earned a licensing fee of Rs. 33.06 crores across broadcasting, public performance (bars & events), affiliated societies, webcasting and overseas royalties. In the world of Indian music, a sum of Rs. 33 crores, is peanuts. Back in FY 2008-09, IPRS was earning a sum of Rs. 26 crores and this was a recession year. An increase of just Rs. 7 crores over a decade is insignificant.

The other registered copyright society, ISRA is doing even worse. According to its annual report, its income for FY 2016-17 is at a grand total of Rs. 88.21 lakhs of which Rs. 62.20 lakhs are from licensing rights. Its annual report reads the most optimistic of any legal report that I have read so far.

Novex Communications isn’t doing that well either. For FY 2016-17, Novex reported a total revenue of Rs. 9.05 crores and a loss of Rs. 1.2 crores. Since the company’s annual report is quite vague and because the company has other businesses it is not clear whether the entire sum of Rs. 9.05 crores is from public performance licensing.

Now let’s get to the big dog in the room – PPL. In FY 2016-17, PPL earned a whopping sum of Rs. 140 crores, which is actually down from its previous year’s earnings of Rs. 177 crores. While these figures are impressive when compared with IPRS, it is not impressive when contrasted to PPL’s earnings from almost a decade ago. In 2009-10, PPL’s revenues were at Rs. 203 crores. So, in other words, PPL is earning less today than what it was back in the day. One possible reason could be that the various music labels at PPL have chosen to withdraw their works from PPL and license them individually – there is no other logical explanation for the shrinkage of PPL’s revenues especially when the digital space is simply exploding with new deals and demand for music.

One possible answer for PPL logging much higher royalties is that the Aditya Pandey decision can be interpreted to require licenses from only PPL and not IPRS. The other possible reason is that PPL is more aggressive than IPRS when it comes to royalty collection.

The last issue that jumps from the pages of these annual reports is the money being spent on legal expenses by IPRS, ISRA and PPL.

ISRA with hardly any litigation has spent Rs. 46.12 lakhs as legal and professional expenses. That is almost half of its revenues.

PPL on the other hand, which has initiated dozens of lawsuits across the country has spent a sum of Rs. 6.52 crores + Rs 3.45 crores (Rs. 9.97 crores) for the same period, on its lawyers but the royalty distribution to its members for the same time period is at Rs. 247 crores.

I leave it to our readers to judge whether the copyright amendments in 2012 have contributed to the present state of affairs at IPRS and PPL. The larger question to dwell on is whether copyright societies are even relevant in the future and whether Indian law should continue to regulate existing societies in the manner prescribed under the present law.