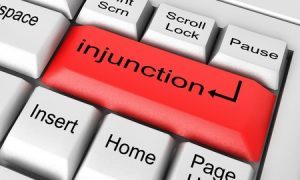 We’re pleased to bring to you a guest post by Subhajeet Roy. Subhajeet is a recent graduate of Tamil Nadu National Law School, Tiruchirappalli.

Before one gets into the question of availability of injunctive relief in disputes related to Standard Essential Patents (SEPs), a quick recap of some important terms would be helpful. SEPs are those patents that must be used in order to comply with a said standard, for the purpose of achieving interoperability between devices, such that, compliance becomes impossible without the use of the patents. A SEP therefore, owing to its “essentiality” must compulsorily be licensed on FRAND (Fair, Reasonable and Non Discriminatory) terms, based on the undertaking a SEP holder gives to the Standard Setting Organization (SSO). FRAND encumbered patents have always been the subject matter of a lot of legal battles, arising due to the ambiguities surrounding the current FRAND regime. One of them is the question as to whether or not a holder of a SEP should be allowed to take recourse to injunctive relief. After all, isn’t the very nature of a SEP such that without its use, competitors would be driven out of the market? If so, doesn’t seeking an injunction violate anti-trust laws? This article seeks to provide a layout of the prevailing jurisprudence with respect to SEPs and recourse to injunctive relief.

Should Recourse to Injunctive Relief be Banned?

Traditionally, in most jurisdictions in the world, a patent holder has the right to take recourse to injunctive relief, in cases of patent infringement. He can also claim monetary damages. This right to exclude is also granted under Section 48 of the Patents Act, 1970.

The following are the two main arguments as to why there should be a ban on the ability of a SEP holder to seek injunctive relief :

a) Seeking injunctive relief is a violation of the FRAND commitment : One of the strongest arguments made by those who are against injunctive relief in SEPs is that the SEP holder, by virtue of the FRAND commitment he has made to the SSO, is precluded from taking recourse to injunctive relief, for the simple reason that doing so would be going against the undertaking which he has given to license the SEP on FRAND terms. All that a SEP holder would want is a royalty rate that is not prejudicial to either of the parties. Owing to the essentiality of a SEP, an injunction does not help either party. Seeking an injunction unfairly prejudices the implementers (who are usually not unwilling licensees) to secure such a license, because of which they will not survive in the market, and consequently, be put out of business.

b) Taking recourse to injunctive relief constitutes an abuse of dominant position and violates anti trust laws : The second line of reasoning is as follows: Due to the fact that it is impossible to conform to the said standard without the use of the SEP, it puts the SEP holder in a superior bargaining position, so as to impose unfair royalty rates. The mere threat of injunction is enough to compel parties to agree to such rates, and therefore this in itself constitutes an abuse of dominant position, thereby violating anti-trust laws. Thus, if it is made categorically clear that no remedy of injunction lies in cases of SEPs, then there can be a level playing field, and negotiation between parties can proceed in a manner that’s not prejudicial to either of them, especially the licensees.

Advocate General Melchior Wathelet opined on how the CJEU should address the questions, observing that a proprietor of SEP, having made a FRAND commitment, to license the patent to third parties on fair, reasonable and non discriminatory terms, will have abused his dominant position where he takes recourse to injunctive relief, even though the implementer has shown itself to be ready, willing and able to enter into a licensing agreement. The cases of Huawei vs ZTE and Orange Book Standard  also lay down guidelines as to when seeking an injunction can constitute an abuse of dominant position. For example:

– prior to commencing the action, the patentee must alert the infringer of the infringement complained about by designating that SEP and specifying the way in which it has been infringed;

– the defendant has made an “unconditional offer” to conclude a license agreement “that the patent holder cannot reject”; and

– the defendant behaves as if it is an actual licensee—in particular, by paying for the use of the licensed technology.

The Other Side to the Story

Those who argue that there should not be a ban on the remedy of injunctive relief, hold that limiting the availability of injunctions against infringers of SEPs will encourage infringers to behave opportunistically during the licensing negotiation in an attempt to secure lower royalties. An infringer may refuse to pay a FRAND royalty or may even refuse to engage in good-faith negotiations over FRAND terms if it does not face the risk of its infringing products being subject to an injunction. If the penalty for infringement were limited to the payment of court-determined FRAND royalties, it would be in the infringer’s best interest to consistently infringe and litigate ex-post. Barring injunctions outright could incentivize some implementers of an industry standard to forgo negotiating a license if its worst case outcome is to pay the same amount, after litigation, which it would have anyway had to pay earlier for a license. Infringe first, pay later would become the norm.

It is often argued that a SEP holder, by the mere virtue of being the owner of such a patent, assumes a superior bargaining position. However, the reverse is also true. If it is barred from seeking a defensive injunction, the SEP holder possesses negligible bargaining leverage. This becomes especially true in the case of unwilling licensees. Sometimes, the threat of injunction is the only way to bring such licensees to the negotiating table. Therefore, recourse to injunctive relief by the SEP holder, inter alia, is not violative of anti-trust laws.

Position in Other Jurisdictions

The Supreme Court of the United States, in the eBay case, held that the issuance of an injunction is not automatic upon the ﬁnding of patent infringement. To obtain an injunction against a patent infringer in the United States, a SEP holder must prove that:(1) it has suffered an irreparable injury; (2) the remedies available at law, such as monetary damages, are inadequate to compensate for that injury; (3) considering the balance of hardships between the plaintiff and the defendant, a remedy in equity is warranted; and (4) that the public interest would not be disserved by a permanent injunction.

At this point, a distinction should be made between the ability to seek an injunction and the actual grant of such injunction. The commentators who are against the recourse to injunctive relief by a SEP holder are actually against them seeking injunctive relief at all. It appears that in the eBay case, the Supreme Court isn’t barring the seeking of injunctive relief. It is observing that a plaintiff has the right to seek, inter alia, an injunction, but whether or not such an injunction is granted is subject to the four pronged test laid down by the court. Most national laws allow for grant of an injunction in SEP infringement cases; the degree of discretion conferred on these authorities varies. For example, in Germany, once the infringement is proved, there is no discretion on the court to not grant an injunction.

The Beijing IP Court gave a landmark decision in the case of Iwncomm v. Sony (which was subsequently upheld by the Beijing High Court) in which it granted the first ever injunction in a FRAND encumbered SEP. The court stated that an injunction would be granted in order to prevent reverse patent hold up, and where the infringer was acting in bad faith. Thus, it seems that as far as China is concerned, there is no longer an outright ban on seeking an injunction. The courts primarily follow a fault based approach, and in doing so, if it comes to the conclusion that the implementers were at fault, an injunction could be allowed.

As for India too, the courts have not shied away from issuing ex parte injunctions in SEP infringement cases (Injunctions against Xiomi, LAVA and Intex). Such exclusion orders can be allowed if for example, the implementers are unwilling licensees and refuse to accept a FRAND royalty rate, demands royalty rates that are outside the scope of the FRAND commitment etc. As far as India is concerned, there is also no ban on seeking injunctions with regard to SEP infringement.

One gets the impression that injunctive relief in SEPs is quite limited and narrow in its applicability, and that SEP holders should be quite cautious before seeking an injunction, so as to not violate any anti trust laws. Courts generally tend to adopt a pro-licensee tendency in cases involving SEPs. The key takeaway from this debate is that it is crucial to encourage the parties to engage in good-faith negotiations and induce them to reach a consensus. More often than not, in the absence of a universally acclaimed method of determining FRAND royalty rates, courts go into the negotiating history of the parties. This often turns out to be the single most important factor in grant of an injunction in FRAND encumbered patents.