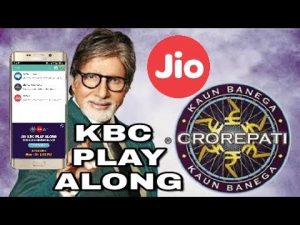 The facts of the case lie in a very narrow compass. The Appellants have a registered copyright for a concept called Jeeto Unlimited (“Jeeto”). Jeeto entails an arrangement whereby home viewers of a quiz show are able to participate live in a quiz show. These home viewers are allowed to answer the same questions that are put to the contestants participating in the show and are rewarded for the correct answer based on the reward for the correct answer for the contestants participating in the TV show.

The Appellants contended that they presented this concept to the first Respondent, Sony Entertainment Network, which runs the famous show Kaun Banega Carorepati (“KBC”) in the shape of a concept note. Thereafter, they were compelled to sign a consent letter to the effect that Sony would have the freedom to use the concept without incurring any liability.

Justice Mehta arrived at the conclusion that the Appellant’s copyright had not been violated. This conclusion essentially rested on three planks.

First, and most fundamentally, Justice Mehta held that it is a well settled principle, recognized most famously by the Supreme Court in its 1978 judgment in the case of RG Anand versus Delux Films that a concept is not entitled to copyright protection. A reading of the definition of a work u/s 2(y) of the Copyright Act, along with the list of protected subject matter u/s 14, he held, gives rise to the inexorable conclusion that copyright protection extends only to a concrete expression of a concept, not to the underlying concept or idea itself.

Second, assuming that copyright protection is permissible for a concept, hypothesized the court, it bears mention that it is an admitted position that the concept of home viewer participation in a quiz show is not a product of the Appellants’ intellect. It is a well known idea which has existed in the public domain for a substantial period, so the Appellants are not entitled to copyright protection even on this score.

Further, he quoted with approval the Trial Court’s findings that, since the underlying idea was to enable home audience participation in a quiz show, some similarities between the Appellants’ concept and the KBC system were bound to occur, such as the mode of communication used and the provision for a monetary reward for a right answer. This analysis that the trial court conducted is nothing but the application of what is called the Scènes à faire doctrine. This doctrine recognizes the intuitive principle that, when two people seek to portray something that is broadly similar, similarities in the manner of portrayal are bound to occur.

The central holding of the Court, viz. a concept is not entitled to copyright protection, is far too well settled a legal principle to require any discussion. As the American Supreme Court noted in the celebrated judgment of Feist Publication versus Rural Telephone Service Co: “copyright assures authors the right to their original expression, but encourages others to build freely upon the ideas and information conveyed by a work [internal citation omitted]. This principle, known as the idea-expression or fact-expression dichotomy, applies to all works of authorship… This result is neither unfair nor unfortunate. It is the means by which copyright advances the progress of science and art.”

I would submit, however, that the judgment is found wanting in a couple of areas outlined below.

First, while arriving at its finding that the Appellant’s concept is not entitled to copyright protection as it has existed in the public domain, the Court makes the following observation: “It is noted that in the plaint there is no averment that appellants/plaintiffs are first in the world who have innovated such a concept of play along audience sitting at home, and also as conceded before this Court that from a reading of the plaint filed by the appellants/plaintiffs no such averment exists in the plaint.”

I would submit that, if the concept for which the Appellants were seeking protection was not hit by the idea-expression dichotomy, they would have been able to obtain protection for the same if they had been able to show that it was independently created and contained some amount of creativity. The moment the Appellants had been able to demonstrate that the manner in which they sought to operationalize the concept of home viewer participation in a quiz show entailed some unique features, they would have obtained protection for the same, and there was no need for them to be the first to come up with the idea.

This principle is most felicitously captured in Judge Learned Hand’s example in a 1936 judgment: “Borrowed the work must indeed not be, . . . but if by some magic a man who had never known it were to compose anew Keats’s Ode on a Grecian Urn, he would be an ‘author,’ and . . . others might not copy that poem, though they might of course copy Keats’s.”

In my view, the basis for returning an adverse finding against the Appellants, qua their claim that the consent letter was coerced out of them, could have only been that they failed to place anything on record to prove the compulsion. It is difficult to fathom how, merely by looking at the consent letter, the Trial Court or High Court would have been able to answer the question of compulsion. Put differently, rather than refusing to reject the argument that there was no compulsion on the ground that the Consent Letter was not brought on record, the Court would have done well to return this finding on account of the Appellants’ failure to place on record a body of evidence to prove the compulsion.

Save for these errors, the judgment otherwise appears to rest on a firm footing and will most likely withstand further scrutiny if the Appellants choose to challenge it.