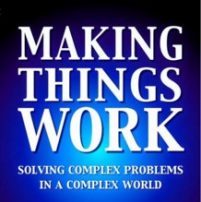 (This post has been authored by and published on behalf of Prof. Shamnad Basheer)

Some great news at long last! Many of you may recall that along with the indomitable Sai Vinod, I’ve been trying to persuade the Patent Office to ensure that it takes the patent working disclosure requirement more seriously and force patentees to comply with this important “transparency” requirement. To this end, I had filed a PIL in 2015.

For some background on this writ petition filed in public interest (almost like a PIL) in 2015, you can see this elaborate piece of mine in the Queen Mary Journal of IP and our earlier posts here.

Details of Writ Petition as Filed

I’d filed this writ petition before the Delhi High Court in 2015, pointing out serious lapses in the filing of “patent working” documents (commonly called Form 27 filings) by various patentees.  Form 27 filings are meant to indicate how patentees have (or have not) worked the patent to the public benefit. Even those that filed took it very lightly and submitted only scanty information.

In particular, we had examined Form 27 filings of over 150 patents relating to life saving drugs, high technology inventions and public funded research units.

Based on the study, we found that many patentees have failed to submit annual returns. Even those that have submitted, a number of forms were either incomplete, evasive or defective.

The sample also included shocking instances where patentees cited ‘confidentiality’ and refused to answer the particular queries contained in Form 27.

No action was taken at the time when PIL was filed in May 2015.

Our PIL requested the court to issue directions against the Union of India and Controller of Patents to enforce the statutory obligation under the Patents Act, 1970 and Rules thereunder. And force patentees to file their Form 27s. And to penalise the errant ones.

In addition, the PIL sought a direction from the High Court to constitute a committee to examine the present format of Form 27 to suggest improvements that would subserve the purpose of patent working norms enshrined under the Patents Act.

A huge shout out to two terrific counsels who represented me in court.

1. Sai Vinod, my student from NUJS who is my key counsel in the matter. He’s been nothing short of super and I seriously think we should clone more like him!

2. Abhimanyu Bhandari, a very gifted Delhi lawyer who took up the matter pro bono. And argued for us so well and persuasively, managing to make some headway in a case after more than two years.

Here is a short note on the development. All errors are solely mine, if perchance there is any mistake in the below.

1. Government’s Annual Report that over 30 per cent of patentees did not submit Form 27s in 2013. No action was taken by Controller General (CG) under Section 122.

2. NATCO Pharma, that was granted a compulsory license over an important anti cancer drug, did not disclose as to how it was operating the license (and the quantum of drugs it was selling etc.). This despite the fact that the Patents Act requires such reporting on working of patents even from licensees. And even the compulsory licensing order issued by CG PH Kurian had mandated that NATCO submit all information pertaining to quarterly sales. Despite us pointing to this lapse several times to the CG office, no action was taken.

3. Ericsson in one of their forms refused to disclose licensing details citing alleged “confidentiality” or trade secrecy. The CG appears to have taken no action for violation of a statutory duty.

Mr. Amit Mahajan appearing on behalf of the Central Government and CG was quite fair in his submissions and  stated that the concerns raised by our petition were valid and it is not adversarial litigation. He admitted that no action had been initiated under Section 122 so far. He also stated that Government was re-examining the form itself in view of the glaring defects pointed out in the petition. Kudos to such a progressive counsel! Wish the government had more like him. Would make for less wastage of resources lost in litigation.

Pritha Srikumar, appearing on behalf of intervenor Mr. Naren Thapetta, stated that her client supported the cause broadly and called for strict enforcement. However, strangely enough it appeared to thwart the petitioner’s cause by claiming that since Form 27 was vague, it could never be complied with. The petition was nuanced enough to note that the patentees ought to at least make some effort towards submitting some information. And if vague, they ought to have sought clarity from the Patent Office, which none of them bothered with.

After hearing the submissions, the Bench expressed disappointment with the state of affairs. It directed the Respondents to file a status report before the next date of hearing on the extent of non-compliance and action taken. In particular, it asked the Government to state what steps were taken after filing the WP and the course of action planned to rectify the form.

If I’ve missed out on any important issue or made an error in this reporting, my apologies (for those in court, please let me know). Like I said, all errors in this reporting are solely to be attributed to me.