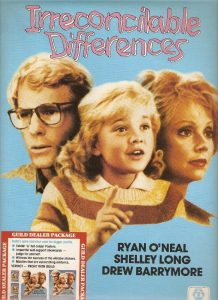 Justice Yogesh Khanna of the Delhi High Court, in his judgment dated July 31, 2018 (“Louboutin-3”), has granted permanent injunction and punitive damages against a Delhi based retailer for infringing the famed ‘Red Sole’ trademark of Christian Loubutin. The order appears to have taken a diametrically opposite view to the one taken by another judge of the same Court, Justice Valmiki Mehta, who barely a month ago, had held that Christian Louboutin’s ‘Red Sole’ Trademark was not eligible for trademark protection (“Louboutin-2”). Louboutin-2 itself was notable for the fact that it disagreed with the decision of another Single Judge of the same Court, who had earlier given an injunction along the lines of Louboutin-3 and had in fact declared Christian Louboutin’s ‘Red Sole’ as a ‘Well Known Trade Mark’ (“Louboutin-1”). With the latest decision, the Delhi HC seems to have slipped into a jurisprudential quagmire of sorts, with no certainty as to what the exact law on the topic is.

Soul of the Judgment

Before getting into the details of the judgment, readers may note that, in letter, the Indian Trade Marks Act, 1999 (“Act”) only provides trademark protection to “combination of colours” and not to a single colour. This distinction had formed the core of the decision in Louboutin-2 and led to the ruling that ‘Red Sole’ of Louboutin is not capable of getting protection under the Act (as discussed in detail below). Coming to the facts of Louboutin-3 (which are more or less the same in Louboutin-1 and 2), Christian Louboutin (“Plaintiff”) alleged that the Defendant had infringed its ‘Red Sole’ trademark. As the name suggests, ‘Red Sole’ trademark is borne out of the specific tone of red colour which is applied to the outsoles of the Plaintiff’s footwear. The trademark of the Plaintiff is registered with the Indian Trademark Registry and has received registration in other jurisdictions as well. Moreover, it was claimed that it had also achieved distinctiveness as a ‘well-known’ trademark. As per the Plaintiff, the Defendant retailer was selling footwear which had red outsoles similar to that of the Plaintiff and was thereby infringing its trademark. Although it would appear that there were contentions as regards infringement of the domain name as well as the trade dress of the Plaintiff, the extent to which the Defendant infringed these is unclear from the judgment.

After observing that the Plaintiff is the registered owner of the ‘Red Sole’ trademark and that the same has been “granted after rigorous examination by the trademark office”, the Single Judge gives us a description of the evidence adduced by the Plaintiff to prove its claims. Interestingly, as in Louboutin-1 and unlike in Louboutin-2, there is no deep-dive into whether mere registration itself is sufficient to exclude others from applying red colour to their products. The Single Judge thereafter goes on to grant the reliefs prayed for, including those of permanent injunction and punitive damages, observing that if a defendant’s trademark is visually and phonetically similar, no further proof needs to be considered in disposing off an infringement suit. This is strikingly similar to the approach taken in Louboutin-1, wherein also the court after listing the categories of evidence available before it, decreed in favour of the Plaintiff without looking into the vexed question of whether a single colour could have been eligible for registration in the first place.

What is striking here is that while Louboutin-1 and 3 have reached the same conclusion, Louboutin-2 has taken a diametrically opposite path with apparently the same set of facts.

The Odd Soul Out

Unlike Louboutin-1 and 3, Louboutin-2 ventures into the question of whether under the Indian law, a single colour can receive trademark protection. The Court decisively answered this question in the negative for the following reasons:

1. Language of the Act: Under S.2(m) of the Act, which defines a ‘mark’, the legislature has explicitly used the phrase a “combination of colours” as opposed to one single colour. By corollary, a single colour which does not qualify to be a mark under S.2 (m) of the Act cannot get protection as a ‘trade’ mark;

2.Inapplicability of US position: Although the Plaintiff pointed to a US case law, which has extended protection to a single color, the Judge observed that the same would not apply to India as the US legislation, unlike India, does not place any bar on registering single colours;

3.Inapplicability of Indian case laws: Despite the Plaintiff quoting two Indian judgments (including Louboutin-1), the Court observed that these decisions had not accounted for S.2(m) as well as S.30 (2) of the Act. The Court relied on a Supreme Court decision to hold that a judgment which has not considered a direct provision of a law shall not have a binding effect;

5.Exemption under S.30(2)(a): The proverbial final nail in the ‘Red Sole’ coffin is the exemption under S.30(2)(a) of the Act. As per it, if the trademark pertains to a characteristic of the good, then other persons when they use such characteristic for their own goods are exempted. The Court even goes on to assert that such characteristic, as covered by S.30(2)(a) “will include such functional aspects of the goods which would give an appeal or looks to the products/goods”. Thus, if a registered trademark is of such nature that it may also be a characteristic of the good, then the trademark owner cannot prevent others from using it as a feature of their goods. In other words, ‘Red Sole’ is also performing a non-trademark function, which others in the industry cannot be prohibited from exploiting.

As to the passing-off claim, apart from the exemption granted by S.30(2)(a), the Judge also notes that the issue would arise only if “defendants were not selling their goods under any wordmark trademark, and simply by applying red colour to the soles of the ladies shoes/footwear, but that is not the case herein, since the defendants are very much using a wordmark trademark being  VERONICA”, which was completely different from that of the Plaintiff. Thus, Louboutin-2 rejects, en masse, the claims of the Plaintiff.

So, are these seemingly incompatible decisions reconcilable? First of all, Louboutin-2 makes it clear in no uncertain terms that single colours cannot become a trademark. It would appear that the discussion on S.30(2)(a) exemption was de hors this finding and was made arguendo. So, could it be that the judgment in Louboutin-2 was swayed by the fact that the Defendants were only exploiting the characteristic of the ‘Red Sole’ without using the wordmark ‘Christian Louboutin’? Again, nothing in Louboutin-1 or 3 indicates that facts were any different in those cases (except for a reference in Louboutin-3 that there was use of a deceptively similar domain name and general references to “other registered trademarks of the Plaintiff”). In fact, the decision in Louboutin-2 distinguishes itself from Louboutin-1 on the sole ground that Louboutin-1 failed to account for a statutory provision. Thus, at least on the face of it, one will have to assume that these decisions are at odds with each other.

As to the larger question of whether single colours can be a trademark, the Trademark Manual (“Manual”), throws some light on this. The Manual recognizes that a single colour is capable of obtaining registration. Nevertheless, the Manual clearly warns (at page 57 under ‘Combination of Colours’) that such marks will be liable to objections under S.9 (1) (a) and weighty evidence may be required to overcome these objections, given that they are not inherently distinctive. The Manual goes on to add (at page 84) that while “a colour per se is not normally used by traders as a means of brand identification..” and “consumers are not in the habit of making assumptions about the origin of goods based and services based solely on their colour or colour of their packaging”, single colours may be “in exceptional circumstances be capable of denoting the origin of a product or service”. The Manual itself gives one a hint of what may constitute such exceptional circumstances. As per it, if the colour is “very unusual and peculiar in a trade and is recognized by traders and consumers alike that it serves as a badge of origin for that class of goods”, it may be registerable.

This blog itself has discussed this question in detail in the past and it is beyond the scope of this post to re-evaluate this question. For now, it suffices to say that there is clear ambiguity in the Louboutin series of decisions by the Delhi HC, which requires to be reconciled at the earliest.