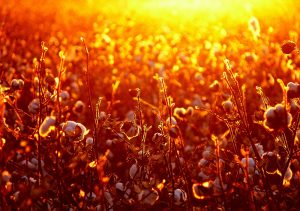 We’re pleased to bring to you a guest post by Kartik Puttiah. Kartik is the co-founder of InvnTree IP Services. He has over thirteen years of experience in patent consulting. He specialises in patent drafting and prosecution, and routinely advises his clients on patent portfolio development. He also works with his clients in addressing patent risks. He obtained his B.E. degree in Industrial Engineering and Management and is also a registered patent and trademark agent.

In a judgment passed by the Supreme Court of India on January 08, 2019, an order of the Division Bench of the Delhi High Court holding a key of Monsanto as invalid, was set aside. The patent is key to Monsanto’s Bollgard II Bt cotton business vertical. The Supreme Court set aside the Bench’s order primarily because the patent was held invalid in the absence of a trial, and it bought into the argument of Monsanto that it had not waived its rights for a trial in the matter of validity of its patent. Therefore, it is important to note that Supreme Court did not scrutinize the patent in question to declare the patent valid. The question of validity of the patent is likely to be dealt with in a trial court, and eventually in the Supreme Court, given the stakes, the eventual outcome of which will be extremely important to the biotechnology industry, and more specifically to the agro-biotech industry. The decision on the validity of the patent will have a major impact on what is considered to be patent eligible subject matter in the biotech industry. The decision may also hugely impact claim drafting and IP strategy that may be adopted to protect subject matter comparable to the one claimed in the patent.

The patent includes two sets of claims, 1-24 and 25-27. The first set of claims, 1-24, cover a method of producing a transgenic plant, whereas the second set covers a product, viz., a nucleic acid sequence. The independent method claim 1 includes the step of incorporating a Nucleic Acid Sequence (NAS) into the genome of a plant. The independent product claim 25 on the other hand claims the NAS itself. The method claim targets those companies which prepare donor seeds that have NAS, and such companies are few in number. The claims which are relatively of substantial commercial value are the product claims 25-27. The product claims target those companies who prepare hybrid seeds, which are derived from a process involving the donor seeds comprising the claimed NAS. Consequently, the hybrid seeds will include the NAS, and therefore map on to the product claim.

While the validity of the process claim may be questioned, the parties who are up against Monsanto are more interested in invalidating the product claims. I will discuss later on in the post about the far-reaching impact of the product claims in question. For now, the independent product claim 25 is reproduced below:

Having made arguments in favour of upholding the validity of the patent, I now look at the ground level impact of upholding the validity of the patent. It is important to note that it is the NAS that is claimed, and not the seed. Assuming that the claimed NAS is patent eligible, consider the potential infringers. Primarily, the hybrid seed companies who produce and sell seeds that include the claimed NAS are potential infringers, and so are farmers who use such seeds. Therefore, at present, the farmers are at the mercy of the patent owner, who has gone against the hybrid seed sellers (companies) and not the users (farmers). While it is certain that no company will make the mistake of filing patent suit against farmers in India, given how politically sensitive such an action would be, there is nothing in the Act that stops the patent owner from proceeding against the farmers.

Given this, the question is whether there is legislative intent expressed in the Act to shield farmers from patent suits. In my view, one may infer that there is legislative intent to shield certain activities of farmers from infringement, since § 3(j) excludes from patenting, plants in whole or in part, seeds, varieties, species and essentially biological processes for production or propagation of plants, which are used or produced by farmers. Although § 3(j) indirectly expresses the legislative intent to shield farmers from patent suits, to the extent the legislature could envisage patent threats to farmers, the protection offered by the language used in § 3(j) is inadequate. This is best understood from the example of seeds, which, though not patentable, can still include patentable subject matter (NAS), as discussed, thereby making farmers vulnerable to patent suits. The vulnerability of farmers to patent suits may be understood from the experiences in foreign countries, and the legislature should make amendments to the Act at least now, instead of assuming that patent suits are unlikely to be filed against farmers in India.

Although the amendment to shield farmers could be made by altering the language of § 3(j), I believe that such an amendment could lead to more complications. Instead, the Act may be amended, say, by adding a clause to § 47, to exclude certain acts by farmers from being considered as patent infringement. The reason why I propose such an addition rather than amendment of § 3(j), is because, I believe that it would be in line with the legislative intent to encourage inventions of the nature claimed in the patent. Such an encouragement is possible only when hybrid seed companies, like the ones Monsanto is going after, are still within the ambit of patent infringement. An amendment to § 3(j) may exclude both the hybrid seed companies and the farmers from patent infringement, whereas it may be legislative intent to shield only farmers.

Another concern in holding the patent valid is the impact on the price of such seed. A valid patent means that the seed companies will have to pay a licencing fee to the patent owner, which will eventually be passed on to the farmers. However, while the Act by way of § 84(1)(b) has provision to impact pricing, invalidation of the patent is certainly not the answer to pricing concerns. The government is and continues to regulate trait value to be paid to patent owner, which I believe is the right approach to tackle pricing concerns.

In conclusion, I believe that the subject matter as claimed doesn’t fall within the scope of excluded subject matter, and hence the validity of the patent should be upheld. The seeds produced by seed companies, and therefore the seed companies, should be within the ambit of patent infringement. Further, The Patents Act, 1970 should be amended to introduce a clause to shield certain acts of farmers from patent infringement. Additionally, price control of certain farm inputs should be carried out by calibrating trait value, as is being done currently.