We’re pleased to bring to you this guest post by our former blogger Aparajita Lath. Aparajita is a lawyer based in Bangalore. She works in a law firm that advises technology companies. The views expressed in this post are personal. Her previous posts on the blog can be viewed here, here,  here, here and here.

Trademarks and the Metaverse: Imaginary Rights or Real Wrongs? 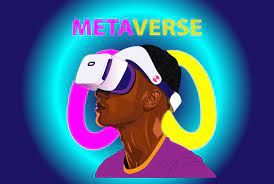 World over companies are rushing to protect their trademarks in the online, virtual environment – the metaverse. A list of trademarks applied for in the EU for ‘ downloadable virtual goods’ and ‘online virtual services’ was recently published by The IPKat here. In the US too, several companies are protecting their trademarks for similar goods and services. Hermes has sued a Californian artist, Mason Rothschild, for his “MetaBirkins” digital artworks alleging trademark infringement.  Nike has also brought an action for trademark infringement against StockX alleging that StockX’s NFTs depicting Nike shoes violates its trademarks.

The Indian Trade Marks Registry is also seeing activity under classes 9, 35 and 41 for registration of trademarks in relation to ‘downloadable virtual goods’ and online virtual services. Though it is not easy to find a comprehensive list of all such trademarks in India (the website of the Indian TMR is so yesterday), recently advertised trademarks throw light on such activity. Some examples under class 9 include:

The description of goods for many such applications runs into pages and pages – some reaching even 10 pages! Specifications of goods are supposed to clear and concise something which is not happening in relation to these new virtual goods and services. One wonders if the applicants themselves are confused as to scope of goods. Technology really has the potential to make things needlessly complicated.

For most trademark applications, issues rarely arise over the choice of goods or services for which the mark has been applied. This is because the classification system is quite clear when it comes to physical goods and services. An applicant trading in clothes, applies under class 25; an applicant trading in toys, applies under class 28 etc. However, when it comes to virtual goods, classification is not straightforward. Downloadable virtual goods are downloadable computer programs and real-world, non-software companies are now obtaining trademark registrations for software products.

From these applications, it appears that applicants are trying to classify ‘virtual goods’, ‘digital collectibles’, as a separate and distinct category of goods. The definition of these terms is unclear. The term ‘digital product’ has been used in certain laws but the term itself has not been defined. For example, foreign direct investment related rules use this term in the definition of ‘E-commerce’ – buying and selling of goods and services including digital products over digital & electronic network.  The E-commerce Rules notified under the Consumer Protection Act apply to ‘digital products’ but the term remains undefine. The Finance Act, 2022, however, defines ‘virtual digital assets’ as “any information or code or number or token (not being Indian currency or foreign currency), generated through cryptographic means or otherwise, by whatever name called, providing a digital representation of value exchanged with or without consideration, with the promise or representation of having inherent value, or functions as a store of value or a unit of account including its use in any financial transaction or investment, but not limited to investment scheme; and can be transferred, stored or traded electronically”. From a trademark law perspective, however, the decision as to whether or not such a separate classification is necessary will depend on consumer experience with these goods and whether consumers perceive these ‘virtual goods’ as definable and having inherent value.

Since this is a nascent market, the earlier a name is registered and the more effort trademark holders put into educating the public about selection, endorsement and sponsorship functions (e.g. with tags like ‘official’) of their trademarks on virtual goods, broader protection may be accorded. If not for these efforts, the virtual goods market has the potential to be very competitive. It is possible that certain uses of trademarks on virtual goods is not ‘likely to confuse’ consumers. For instance, consumers may be indifferent to who actually makes and sells the virtual goods / digital collectibles (pixels and code) since they view the trademark as an ornamentation rather than an indicator of source or sponsorship. It may also be possible that virtual goods may be compared to toys (smaller, non-functional versions of the real thing) and consumers may not assume that these virtual toys / collectibles originate from the manufacturer of the actual / functional product. As is being argued in the Nike case, it may also be argued that virtual goods are nothing but a representation / proof of ownership of a physical product. Further, creators of virtual goods can defend their use of a third-party trademark if such use amounts to fair use – exercising freedom of speech (as is being argued in MetaBirkin case and Tata v Green Peace), parody, criticism, referential uses. If there is no likelihood of consumer confusion more companies can make and sell virtual goods with the same / similar trademarks thereby stimulating competition in the virtual marketplace.

From an administrative policy perspective as well much needs to be done by the Indian Trade Marks Registry to keep up with this new world. Deficiencies in clarity and efficiency will adversely affect all concerned. Without clarity and guidance on how applicants should describe such goods, overbroad protection will benefit first filers and genuine businesses that want to enter this space will suffer. Descriptions that are being used by applicants are not uniform and are in many instances needlessly complicated. For instance, while some applications have sufficiently linked their virtual goods to specific categories of goods (clothing, footwear etc.), other applications have been made for an open-ended and general category of ‘virtual goods’, ‘digital collectibles’, ‘digital media files’. Given the diversity of goods that can be sold in the virtual world, if anything, applications should be required to be specific. Further, it appears that many applications have been made for downloadable virtual goods as well as downloadable media files – which can overlap.

Apart from clarity, there is also the question of efficiency. New goods and services mean more applications which also means increased administrative burden. As the virtual world takes off, the TMR will only see more and more new applications under these classes. But it is equipped to efficiently deal with new workload? If every real-world brand is also entitled to register all its goods and services in the virtual world, the trademark registration system would be considerably burdened.