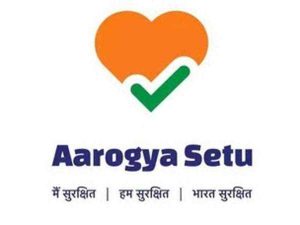 We’re excited to bring to you a guest post by one of our former bloggers, Aparajita Lath. Aparajita is a lawyer based in Bangalore. In this post, she examines the legal enforceability of the prohibition on reverse engineering imposed by the terms of service of the Govt’s COVID-19 tracking mobile app Aarogya Setu, in light of the fair use rights of users under Section 52 of the Copyright Act, 1957. Her previous posts on the blog can be viewed here.

The Aarogya Setu app that was launched on 2nd April and that has been made mandatory for certain sections of society, continues to raise to several questions regarding effectiveness, security, privacy and technology. As of May 8, this app has 9 crore users and is one of the world’s top 10 most downloaded apps. Users are probably treating this app just like any other app. Given that it has been launched by the Government of India, the expectations of safety and reliability, for most such users, is presumably high.

The app, however, is not open source and the terms of service impose a blanket prohibition on reverse engineering. Due to this, independent auditing of the app, by the community in general has not been possible. An ethical hacker has reportedly identified vulnerabilities but the government maintains that the app is safe. Security researchers and privacy advocates have argued that if the app is mandatory then people have a right to know what the app is really doing. For this, the app’s code should be opened/ revealed for the community to understand its actual functioning. Reports state that the government is now planning to open source the code of the app.

Software per se is entitled to thin protection as a ‘literary work’ under the Act. The Act also affords users several fair dealing rights with respect to computer programs, some of which permit reverse engineering of varying degrees. For instance, section 52(1)(ac) allows users to observe, study or test the functioning of the computer programme in order to determine its underlying ideas and principles while performing such acts necessary for the functions for which the computer programme was supplied. This fair dealing clause, is a research exemption, and permits users to unlock the functionality of the software, its underlying principles and ideas while loading, running, displaying or doing any other acts that are necessary for performing the functions for which the program was supplied. Reverse engineering is also permitted as per section 52(1)(ab) where the purpose is to obtain information essential for achieving inter-operability of computer programs.

Certain legislations e.g. labour-related legislations like the Employees Compensation Act, 1923 (ECA), Minimum Wages Act, 1948 (MWA), explicitly prohibit employees from contracting out of the rights/ benefits conferred to them by these statues (e.g. Section 17 ECA and Section 25 MWA). The Act, however, does not expressly prohibit users from contracting out of their fair dealing rights. It can therefore be argued that private parties are free to contractually forego user rights (the right to reverse engineer) and that parties have the freedom to contract as they like.

However, the freedom to contract argument may be rebutted on the ground that this app is being imposed as mandatory and users have no meaningful choice but to accept the terms (whether reasonable or not). Further, it can be argued that any contractual provision that defeats the purpose of a statute or one which is against public policy is unenforceable (section 23 of the Contract Act). The Copyright Act grants ‘exclusive rights’ to authors/ owners, but also imposes limitations on these exclusive rights that are in the nature of the user’s rights. Such a balancing of rights, is not a mere default position, but a conscious policy decision of balancing competing interests. Further, statutory rights that are designed to serve a public purpose and which operate for the general benefit of the community should not be permitted to be waived by private agreements. Shamnad and Pankhuri have also highlighted in their response (pg 74 &75) to a survey on copyright user rights that user rights cannot be contracted out of and have cited Delhi High Court and ITAT decisions which state that ‘holders of copyright are not entitled to impose any restrictions curtailing fair use’ and that any conditions put in a license restricting its fair or reasonable use will be ignored.

Making users contract out of their fair dealing rights is questionable, especially given the present context where such rights may serve a public purpose of identifying vulnerabilities with an app launched by the government, used by crores of people, that collects vast amounts of personal and sensitive information.

In addition to the above, given that ethical hackers are investigating this app and the government is committed to opening up the code, should this blanket prohibition be taken seriously if reverse engineering, to the extent permitted under the Copyright Act, is used to serve a public purpose?