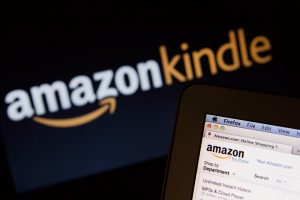 We’re delighted to bring to you another guest post by our Fellowship applicant Anupriya Dhonchak, discussing the relevance of the debate on the legality of parallel importation of books in India in the age of Kindle and e-books. Anupriya is a 4th year law student at National Law University, Delhi. Her earlier posts on the blog can be viewed here and here.

Debate on Parallel Import of Books: Still Relevant in the Post-Amazon Age?

There was a raging debate in 2010-14 regarding the legality of parallel import of copyrighted works in India, centred particularly around the import of cheaper books from foreign markets. The Parliamentary Standing Committee had included an amendment to Section 2(m) within the Copyright Amendment Bill, 2010 to allow parallel imports in India in order to make available latest editions of books at cheaper prices, particularly in order to protect the interests of students. However, due to pressures from the publisher lobby, this amendment was excluded from the final version of the Bill (more on this debate can be read here, here, here and here).

Parallel import refers to the import of genuine goods produced with the rights holder’s permission in one country into another country by an unauthorised distributor. Exhaustion regimes followed by the importing country determine the legality of parallel imports in the country. National exhaustion exhausts the copyright owner’s exclusive right to distribute a copy of the work only once the first sale has taken place in the importing country whereas international exhaustion exhausts these rights once the first sale has taken place anywhere in the world. The creator’s exhausted rights pertain merely to the physical product sold and not the intangible copyrightable content embodied therein.

For instance, India has a flourishing market of second hand bookstores. They allow market segmentation and are considered pivotal in increasing access of persons to cheaper books. These bookstores are legal in India because of the first sale doctrine. This doctrine is premised on not allowing the creator to restrict subsequent alienation of a sold copy of a work since she has already benefitted financially from the first sale. Indian courts have held that the Copyright Act, 1957 prohibits parallel import of copyrighted works since we follow national exhaustion. This leads to an absurd situation rife with uncertainties and risks of potential infringement because second hand bookstores have no way of distinguishing between a copy that was parallelly imported and one that was exclusively imported.

Amazon’s Business Model and Its Impact on Parallel Imports

This debate has fizzled out, or been rendered irrelevant partly because of the advent of new business models. Amazon’s business model enables direct dealing between consumers and distributors, sidestepping the traditional distribution channels within an international marketplace. Its digital bookstore has been immensely successful in capitalising on a market of consumers that were dissatisfied with the physical book trade, by making available books from all over the world at cheaper prices. There are multiple complex options, each with its own legal ramifications, for selling or reselling old or new books on Amazon. Amazon does not require prior proof of authentication from third party sellers regarding their having sourced the books through authorised distribution channels. These sellers are only required to provide proof of authentication after a complaint has been made against them regarding the source of their books by a rights holder. Only when publishers have shared the complaints with Amazon, it has come up with vaguely worded promises to weed out “bad actors”. Further, Amazon permits third party sellers to win the ‘Buy Box’ which allows them preferential listing compared to publishers of new books based on opaque algorithmic criteria, subscription of other Amazon services, attractiveness of prices etc. This impacts the visibility of books sold directly by publishers by pushing them without any notification to Amazon’s secondary or tertiary pages below cheaper substitutes by preferred third party sellers.

Does Amazon’s incentivisation of cheaper prices without requiring authentication by third party sellers enable infringement? Section 79(2)(c) of the Information Technology Act, 2000, requires the platform concerned to exercise due diligence, absent which its liability may arise. Amazon’s marketplace can be used for both infringing and non-infringing purposes by third party sellers. However, not requiring prior authentication may imply lack of necessary due diligence and result in Amazon’s liability.

When a corporate giant like Amazon attempts to disrupt traditional rights holders’ market power, it can successfully do so. According to the proviso to section 51 of the Copyright Act, the prohibition on parallel imports does not apply to the “import of one copy of any work for the private and domestic use of the importer.” As per Amazon’s terms and conditions, the quantity limits (if any) on certain items are influenced solely by the need to “provide all customers with a great selection and great prices.” There is no prohibition on bulk orders of books from abroad based on territoriality or parallel import restrictions. This means, I can, in effect, import a bulk of new or used books from Amazon, regardless of the state enabled distributor monopolies in India that prohibit parallel imports. This has practically enabled Amazon to do, what civil society and rights-based policy makers have been trying to for a long time. However, this also widens the access gap between technologically equipped Indians having payment options with foreign currency and those who lack the wherewithal to purchase cheaper books online. This latter group of people arguably has a more pronounced need to get access to cheaper books.

Has the Parallel Imports Debate Become Redundant in the Age of the Kindle and E-Books?

Distributing digital work such as e-books via transactions through the electronic medium can allow the user to re-transmit and copy the work at negligible cost. However, the transient reproduction of a work on the internet for the purposes of transmission complicates the first sale doctrine which is largely premised on physical sales. Copyright owners are now using novel technologies to restrain the user’s exercise of rights over purchased digital copies. For instance, I can buy, lend and resell a physical book bought from a bookstore but if I buy an e-book on Amazon’s Kindle, I cannot lend or resell the e-book without parting with the Kindle itself since it is meant for use only on the device. This is because as per Amazon’s terms and conditions, an e-book purchaser becomes a licensee of the e-book and not its owner. This is because of the applicability of the first sale doctrine to only sales and not licensing transactions.

Finally, copyright law’s foundational justification for tolerating monopolies is said to be based on promoting culture and the dissemination of information. This justification assumes pronounced importance in a developing country like India which has codified through case law and a constitutional amendment, a fundamental right to education. Indian judicial decisions have been criticised for reading a prohibition of parallel imports into the Copyright Act without any statutory basis. It is important that judicial decisions or copyright policy do not interpret the statute at loggerheads with its normative spirit and constitutional justifications. The fundamental right to free speech and expression in India has been broadly interpreted by the Supreme Court and barriers to it include not just censorship but also state-enabled property rights that impede free speech by reducing access to information. The judicially invented right of the copyright owner to exclusively import even after she has realised the profits from the first sale of the product in a different country, is one such right. Ideally, it should not have taken a corporate giant like Amazon to disrupt these monopolies.