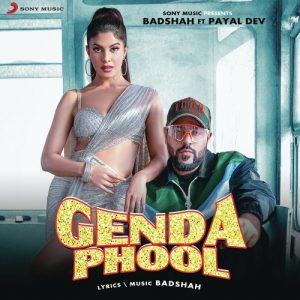 We’re pleased to bring to you a guest post by our Fellowship applicant, Anupriya Dhonchak on the recent ‘Genda Phool’ row involving the rapper Badshah. Anupriya is a 4th year law student at National Law University, Delhi. She’d written a guest post for us last month as well.

In a recent controversy, singer rapper Badshah has been accused of not crediting Ratan Kahar, the original singer and lyricist of the song ‘Boroloker Biti Lo’, which is said to be the inspiration behind Badshah’s new hit song, Genda Phool.

Genda Phool, which released on March 26 features a Durga Puja event and admittedly draws on Bangla folk compositions and lyrics. According to Badshah’s statement in response to the allegations, his team had conducted proper due diligence for the song and did not find any of the previous versions of the song crediting their lyrics to Ratan Kahar.

This could have found favour with fans, however, as per the Indian Copyright law, authors have a near absolute right to “claim authorship of the work” as per section 57(a) of the Indian Copyright Act, 1957 (‘Act’). This is distinct from statutes in other jurisdictions, for instance Canada where the authors only have “the right, where reasonable in the circumstances, to be associated with the work”. Thus, this is likely to boil down to a question of fact. If it can be proven that Ratan Kahar in fact wrote and rendered the song ‘Boroloker Biti Lo’, and the lyrics and/or rendition of Genda Phool is substantially similar to the copyrightable part of the former, Badshah’s actions would fall foul of section 57(a) of the Act. It would even constitute outright infringement under section 51 for violating Ratan Kahar’s exclusive rights over the song under Section 14 of the Act. This would occur regardless of the results of any due diligence, as claimed by Badshah.

Another argument he made in his defence was that all information on the song that he could source during the due diligence revealed that ‘Boroloker Biti Lo’ was a traditional folk song from the Bauls of Bengal. This is crucial because expressions of traditional culture or folklore are open to recreations and sampling. This would also bring under the scanner what parts of ‘Boroloker Biti Lo’ are actually protected under copyright law in the first place.

First, the appeal to the unprotectable nature of ‘Boroloker Biti Lo’ as traditional folklore reveals copyright law’s preoccupation with the solitary genius of the singular author which leads to devaluing of work which is a product of the cumulative creativity of communities. A more holistic concept of authorship involves situating creative practices in dialogue with and in relation to existing works and cultural discourses. This notion of creativity fosters cultural borrowing and syncretism as a means to enrich society and facilitate human progress. This is crucially distinct from cultural appropriation in the context of copyright law (previously dealt with here on the blog), which allows dominant cultures to claim exclusivity over and reap economic benefits out of the identities, culture and creative works of minorities. Unlike syncretism which is premised on sharing as equals, appropriation occurs within contexts of power differentials. Kembrew McLeod notes that copyright law compels communities that cherish cumulative creativity and do not want their culture to be appropriated by outsiders to forego their communitarian values and “buy in” to copyright’s Eurocentric and individualist notions of authorship and ownership.

Second, it is important to note in this regard scholarship that exposes the vagueness in standards of originality that differentiate works or copies that are regarded as derivative and infringing from those which are considered novel and original. Scholars note that this fiction of pure originality can often be used to appropriate and economically benefit from minority communities’ traditions, identities, ideas, expressions, or bodies to their exclusion and without any equitable sharing of benefits. This kind of control over a people’s culture is akin to controlling “their tools of self-definition in relationship to others.”

There are multiple examples of appropriation of minorities’ work by dominant cultures, particularly in the music industry. It is well documented that when minority communities challenge this appropriation, or draw on previously existing works for downstream uses, they are subjected to moral disdain and legal battles that they are unlikely to emerge victorious in. For instance, Grammy winning musician Beck’s work was described by a Rolling Stone reviewer as a “cross-pollination of styles — from hip-hop to country rock to funky seventies soul —[which] has shown him to be one of the most innovative and forward-looking artists of the nineties.” His work noticeably sampled from blues guitarist Johnny Jenkins. Similarly, Led Zeppelin is one of the multiple white bands that capitalised on the iterative character of blues music and the difficulty in attribution of these iterations. This is relevant to juxtapose against the self-assumed benevolence in Badshah’s statement to use the song as “a new way of introducing forgotten melodies to the new generation, as a celebration of Folk Music, PEOPLE’S MUSIC.”

Badshah’s defensive statement is an appeal to the public domain characteristic of expressions of traditional folklore. This makes one question the concept of the public domain as a space that encourages unfettered creativity by all. Madhavi Sunder and Anupam Chander call the belief that a resource in the public domain by force of law will be open to equal exploitation by all, “the romance of the public domain”. They emphasise the role played by knowledge, power, ability, wealth and access in making some persons more capable of exploiting the public domain than others. Kahar has reportedly responded to Badshah’s statement, which declared that he wanted to help the veteran artist with, “I expect a little monetary help from him (Badshah). I live in a poverty-stricken condition and will be glad to receive his help.” This also brings into stark relief the political actors that copyright law allows the privilege of being benign and charitable alongside those whose work it does not consider valuable enough for protection.

Last, it is important to note the informational value of the right to attribution in a day and age where we are overexposed to a glut of information mostly from “amply funded speech industries”. Attribution, which is made particularly easy and cheap by novel technologies in the digital era, can preserve the diversity of voices crucial for effective free speech. However, if required even when it is difficult to attribute, this right can stifle the creation of downstream works that interact with pre-existing works, which can again impede creation by marginalised communities and benefit copyright owners by overprotecting their rights and expanding the scope of exclusivity available to them therein.