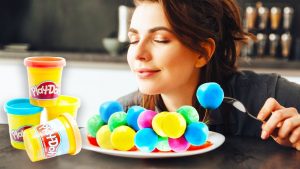 We’re pleased to bring to you a guest post by Anupriya Dhonchak exploring policy questions regarding protection of smell marks. Anupriya is a 4th year law student at National Law University, Delhi.

One of the cutting edge topics in trademark law today is the issue of non-conventional trademarks. As per the Indian Trade Marks Act a ‘mark’ includes a device, brand, heading, label, ticket, name, signature, word, letter, numeral, shape of goods, packaging or combination of colours or any combination thereof. The non-exhaustive nature of this list makes the definition abstract and focuses more on the rationale for affording protection to marks i.e. their capability to distinguish goods and services for consumers on the basis of trade source.

Non-conventional trademarks however include smell and sound marks. In this post, I will discuss smell marks, which have had a chequered history in different jurisdictions. In 2001, the European trademark registry held in the landmark case of Ralf Sieckmann v. Deutsches Patent und Markenamt that an olfactory mark could not be granted to a “methyl cinnamate” scent, described as “balsamically fruity with a slight hint of cinnamon” for its failure to fulfil the graphical representation requirement. The strict standards for graphical representation laid down in Sieckmann were adopted in the Indian Draft Manual of Trade Marks (2015), which although lacking the force of law, noted that scent marks cannot be graphically represented under Indian trademark law. The graphical representation requirement was waived in the EU as per the Trademark Reform Package (2017), though non-traditional trademarks would still need to comply with the clarity and precision standards as per the CJEU’s judgment in Sieckmann, which require the mark to be: clear, precise, self-contained, easily accessible, intelligible, durable and objective (para 55). Through this post, I examine some concerns regarding providing a state monopoly over a smell to the first trader that makes her product smell artificially better.

A previous post on this blog on this issue argued that non-conventional trademarks are not undesirable because they make free intellectual resources inaccessible. Quoting McCarthy, it was argued that one could not conclude that any item was in the public domain until all possible exclusive IP rights over it had been exhausted. However, the point is not that classical music can potentially be trademarked by a manufacturer of dental equipment to make the equipment’s noise less unpleasant, despite another musician’s copyright over it, but that such a trademark restricts the sound from being used by other manufacturers as an attractive selling feature to benefit a larger set of consumers.

A more important question is whether smell marks fall foul of the functionality doctrine? The functionality doctrine in trademark law is based on the anti-competitive effects of granting a single producer a monopoly over a useful product feature. It is reflected in Section 9(3) of the Indian Trade Marks Act which recognises in the context of shape marks that a shape that results from the nature of the goods or is necessary to obtain a technical result  is prohibited from registration. This prohibition under trademark law is because the protection of designs and functionalities for a limited time lies within the domain of patent and not trademark law (which allows for protection in perpetuity).

An illustrative example of a prohibition on ‘smell marks’ is the case of Norwich Pharmacal Co. v. Sterling Drug, Inc., where the U.S. Court of Appeals observed that the colour pink for a liquid preparation used to treat stomach disorders was functional and thereby could not be monopolised by a single producer as it provided a “pleasing appearance to the customer and sufferer.” This broad ruling is critical as smell marks are typically and will predictably be used to improve the overall experience of using the product that they’re attached to. When the product is inherently ugly, unpalatable or foul smelling, the scent or pleasant appearance may add substantial value to the product.  Therefore, if a medicine smells like strawberry and via some scratch and sniff branding, the consumer can identify it uniquely at the point of sale, one pharmaceutical company should not be allowed to monopolise it and exclude other traders from using strawberry smelling medicines. Thus, smells can be trademarked only if it can be demonstrated that the smell does not add substantial value to the product and that the consumers’ decisions to buy the product is not based on its smell.  Further, the smell must distinguish the product in the market, allowing the consumer to unequivocally trace its source at the point of sale. Furthermore, as per the ECJ’s ruling in the context of shape marks in Koninklijke Philips Electronics NV v. Remington Consumer Products Ltd, registration of non-conventional trademarks that achieve a technical result could not be justified  because of the existence of “other shapes capable of achieving the same technical performance”.

The previous post on this issue posited two separate questions qua the desirability and capability of registration of non-conventional trademarks and answered both independently and affirmatively. I argue that the impracticability of precisely delineating the subject matter of non-conventional trademarks (particularly smell marks), materially expands the scope of trademark protection available and thus, also has a bearing on the desirability of such protection itself. In other words, the practical inability to tell apart smells objectively (particularly because they are perceived differently by different people), runs the risk of trademark over enforcement. Currently, innovation around the reproduction of complex odours using multiple odour capsules is increasing. As the legal certainty regarding the registration of smell marks solidifies, even when the precision of what is protected remains debatable, it will lead to a doctrinal creep in the usage of resources otherwise freely available. This includes not just the trademarked formulae but also odours with different formulae which approximate the trademarked smell since people would rather not use these ‘desirable’ smells or sounds than run the risk of infringement. This lack of precision can also translate into a likelihood of confusion among consumers and is pertinent to what they end up associating with the brand: the specific formula sought to be trademarked or even different formulae which might smell similar to varying degrees? With respect to the scent of fresh cut grass for tennis balls which was registered as a mark in the U.K, Prof. Vaver astutely questions, “Do we need a spectrogram produced by an electronic nose technologist to delineate it?” Similarly, representation via a stave and a cleft was considered adequate for registration of a sound mark in the Shield Mark case despite being arguably unintelligible to an audience that is not music literate. This is important because causing confusion is an absolute ground for refusal of registration of a mark as per Section 9(2)(a) of the Indian Trade Marks Act.

Finally, Sieckmann aptly laid down the rationale for the graphical representation requirement in trademark law – to define the precise subject of the mark and allow competitors and users to determine unequivocally the exact nature of the mark. While simple descriptions of scent marks grant a few sellers a monopoly and prohibit others from utilising common, routinely available features to make their products attractive, more complex descriptions may approximate patent claims and increase the transaction costs for the scope of registration to avoid infringement, along with cluttering consumers’ environment with competing scents. These are some policy questions that merit consideration before we expand the subject matter of what can and should be allowed to be trademarked today.