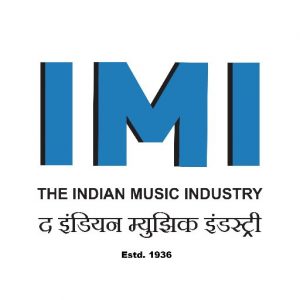 We’re pleased to bring to you a guest post by Priyanka Joshi, examining the liability of platforms like ShareChat for copyright infringement in view of the recent dispute between ShareChat and Lahiri Recording Company. Priyanka is the General Secretary at The Indian Music Industry (IMI), an association representing Indian music record companies.

FIR against ShareChat for Copyright Infringement: Time to Introspect the ‘Safe Harbour’ Provision?

A few weeks ago, the Yashwantpura Police Station in Bengaluru registered an FIR against ShareChat, a mobile application owned by Mohalla Tech Pvt. Ltd. for copyright infringement of sound recordings in furtherance of a complaint made by Lahari Recording Company. Previously, Super Cassettes Industries Pvt. Ltd. (T-series) had filed a civil suit against the same entity wherein they were granted an ex-parte injunction by the Delhi High Court. Instantly following the outbreak of the news of the registration of the FIR, several opinions and tweets poured out in support of ShareChat. The rationale for such support: ShareChat is an ‘intermediary’ and is thus protected by Section 79 of the Information Technology (‘IT’) Act.

As technology evolves, and as always happens to be the story, legislations aren’t able to keep up. The flip-side? There is always someone silently benefiting from a lacuna in law. Such is the case of the new age entrants to the pool of intermediaries a.k.a. media ‘sharing’ platforms.

Who can be classified as an ‘intermediary’?

At the outset, let’s begin with what an intermediary actually is and why every service or platform apparently driven by user-generated content cannot be straight-jacketed as a harmless intermediary.

The IT Act defines an intermediary under section 2(w) as:

An intermediary thus can be construed to mean a person or entity that merely facilitates the access of information and provides a platform to third persons for receipt, storage and transmission of such information or data.

If one were to pay attention to the description provided by ShareChat for its application in iOS and Google Play App Stores, one would find the following:

It becomes fairly undeniable from the aforementioned description provided by ShareChat that it is not an innocent ‘intermediary.’ In fact, it is not an intermediary at all. On the contrary, just like every other platform that on one hand evades its liability under the garb of being an ‘intermediary’ and on the other hand advertises itself as a content sharing platform and builds valuations running into millions of dollars, ShareChat is a platform that is actively and knowingly providing access to third-party copyrighted content, including copyrighted sound recordings and audio-visual recordings, without the express permission or authorization of the legitimate copyright owners and is also commercially benefiting from it.

The question for all of us to ruminate on is this: When an entity develops a robust and flourishing business built on the foundation of and at the cost of third-party intellectual property, is it really equitable in law that such entity be exempted from its liability towards the rightful owners of such intellectual property?

The contours of protection as an ‘intermediary’ under the IT Act

Assuming for the sake of argument, that the likes of ShareChat are in fact categorized as intermediaries, they still cannot be granted any protection under section 79 of the IT Act.

Section 79 specifies the grounds under which an intermediary may be exempted from liability:

“Exemption from liability of intermediary in certain cases –

(1) Notwithstanding anything contained in any law for the time being in force but subject to the provisions of sub-sections (2) and (3), an intermediary shall not be liable for any third party information, data, or communication link made available or hosted by him.

(a) the function of the intermediary is limited to providing access to a communication system over which information made available by third parties is transmitted or temporarily stored or hosted; or

(b) the intermediary does not–

(i) initiate the transmission,

(ii) select the receiver of the transmission, and

(iii) select or modify the information contained in the transmission;

(c) the intermediary observes due diligence while discharging his duties under this Act and also observes such other guidelines as the Central Government may prescribe in this behalf.

(3) The provisions of sub-section (1) shall not apply if–

(a) the intermediary has conspired or abetted or aided or induced, whether by threats or promise or otherwise in the commission of the unlawful act;

(b) upon receiving actual knowledge, or on being notified by the appropriate Government or its agency that any information, data or communication link residing in or connected to a computer resource controlled by the intermediary is being used to commit the unlawful act, the intermediary fails to expeditiously remove or disable access to that material on that resource without vitiating the evidence in any manner.

If one were to refer to the rationale behind introduction of section 79 into the IT Act, it becomes amply clear that the exemption of liability was added to safeguard the intermediary against any unwarranted liability arising out of unlawful third-party actions, provided the intermediary had in no manner a part to play in the initiation or transmission of or upon receiving actual knowledge, disabled access to such unlawful material.

However, should a platform, calling itself an intermediary, while simultaneously advertising the availability on its platform of third party copyrighted content such as “audio songs” and “huge album of videos from Tamil movies, Bollywood movies, Telugu Movies, Marathi Movies and Bengali movies” qualify for any exemption at all? If the answer is still yes, then it warrants attention to section 81 of the Act, which reads as follows:

“Act to have overriding effect–

The provisions of this Act shall have effect notwithstanding anything inconsistent therewith contained in any other law for the time being in force.

Provided that nothing contained in this Act shall restrict any person from exercising any right conferred under the Copyright Act 1957 or the Patents Act 1970.”

“The Intermediary shall deploy technology based automated tools or appropriate mechanisms, with appropriate controls, for proactively identifying and removing or disabling public access to unlawful information or content.”

The said rules were to be notified somewhere in February 2020 but the notification is still awaited.

Most platforms, especially those developed on the user-generated content model like ShareChat, knowingly and deliberately host copyrighted material on their websites/apps and monetise the same, albeit arguing that they should be insulated from liability for the infringing material, owing to the practical inability of identifying the nature of the material being posted. However, the question of identification doesn’t arise when the platform actively participates in and promotes infringement of third-party copyright.