We’re pleased to bring to you this guest post by our former fellow Aparajita Lath. Aparajita is a lawyer based in Bangalore. She works in a law firm that advises technology companies. The views expressed in this post are personal. Her previous posts on the blog can be viewed here, here, here and here. 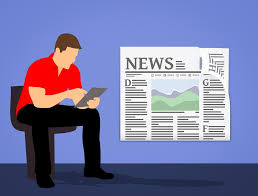 Tensions between news publishers and digital platforms providing search and news aggregation services have been growing globally for years. World over traditional media houses have faced financial difficulties due to the emergence of new digital realities and plummeting online advertising revenues. Different countries have addressed these tensions differently. For instance, the EU has adopted a neighbouring right for press publishers under copyright regulations. Whereas Australia has approached the tensions through competition regulations and adopted a ‘negotiate – arbitrate’ model. A recent post on SpicyIP traces the two approaches.

In India, an association of around 13 legacy media houses through the Digital News Publishers Association have taken the competition regulation route by filing a complaint against Google before the Competition Commission of India. The Competition Commission has found merit in the publisher’s compliant and ordered an investigation into the matter. The Commission is even of the prima facie view that Google’s decision not to pay publishers for using snippets (small amounts of text) of their news content is unfair. However, the legal basis of this finding is very unclear. Usage of snippets, the manner in which snippets are accessed and used, ramifications with respect to such use and consequent requirements to pay for such usage are complicated legal issues falling within the domain of copyright law. Without a clear determination of the legal basis for which payment is sought, any solution routed through competition regulations may be meaningless or stop-gap at the most.

Without a determination on the legal basis for which payment for news content for news aggregation services is sought, negotiations will be endless and unstructured. Further, such a route may only benefit large news publishers who can claim their share of compensation while ignoring other significant stakeholders such as authors / journalists. A copyright approach can provide a more equitable solution by providing a legal basis for revenue sharing between news publishers and digital platforms as well as between news publishers and authors.

Publishers, as a category of right holders under copyright law, have always been very prompt in claiming their share of revenues from new revenue streams. On the other hand, authors, the creators of the very works on the basis of which revenue is generated, are usually left behind. And history may be repeating itself, in some form, for authors.

As seen in the music industry in the past, when new technologies such as ringtones emerged, music publishers made a fortune from ringtone royalties. However, authors – lyricists and music composers did not get anything from this new revenue stream. Given their weak bargaining power, these authors had contracted away all their rights including rights to exploit their works in future technological mediums (like ringtones) and therefore could no longer stake a claim to the newly minted fortune. The situation was so grave that the Copyright Act, 1957 had to be amended to improve this confused and unfair legal situation with respect to rights of authors. The amendments, among other things, introduced the requirement of mandatory royalty sharing between owners and authors in the music and movie industry.

The emergence of new digital realities in the news industry presents a similar situation. Under the Copyright Act, 1957, if an article is written by an author in the course of employment for a newspaper, a magazine or similar periodical under a contract of employment, the proprietor of the newspaper is deemed the owner of the copyright in that article, unless otherwise agreed. Being the owner of the copyright, the proprietor of the newspaper is entitled to receive payments for the use of the news content. News publishers, however, are deemed as owners only for the purpose of “publication of the article in any newspaper, magazine or similar periodical or (b) reproduction of the article for the purpose of its being so published”. News publishers are therefore deemed owners of collective articles only for the purposes of publication in collective works such as newspapers, magazines or similar periodicals. Publication of select, individual articles as part of a new-age technological service e.g. ‘news aggregation services’ cannot perceptibly amount to publication in a ‘newspaper, magazine or similar periodical’. Further, this deeming ownership fiction does not apply to freelance journalists that are not employed by news publishers.

While on paper the author of the news article may be the first owner and therefore the appropriate right holder for the purpose of receiving payments for news aggregation services, given market dynamics, with publishers exercising superior bargaining power, it is possible that journalists (both employed and freelance) have contracted away all their rights to their works to news publishers. So, if news publishers are compensated by digital platforms for the use of news content, there will be a lot of money flowing around, but journalists may not be entitled to a share.

This is similar to what happened in the music industry when ringtone royalties were a big thing. Of course, the situation may not be identical. Unlike lyricists and music composers who are usually paid a one-time lumpsum amount and are not employees, journalists who are employed by news publishers may benefit from ‘trickle down’ effects. This will again depend on bargaining power dynamics and the benevolence of news publishers rather than a legal right to authors.

Clarity on the copyright front will therefore be more equitable. A copyright amended introducing a press publishers rights along with a revenue sharing requirement with journalists may be a better solution compared to a stop-gap competition based bargaining model. Since the copyright act has a mechanism in place for copyright societies, there is already a legal structure for collection and distribution of revenues. This structure may also be more uniform and transparent compared to case to case negotiations – the outcomes of which may never be publicly known. Further, this approach will apply to right holders in general rather than a few big publishers who may be entitled to negotiate deals pursuant to cases won before the Competition Commission.

This may, however, remain a merely romantic idea. Prashant had, early on in this debate, recommended that the copyright office should include this issue on its reform agenda and invite key stakeholders for a public discussion. However, not much seems to have been done. As seen in the past, the process of law making in India is long-drawn and many times fruitless. Especially when it comes to laws addressing technological changes, the process can go on for years with nothing to show, leaving it to market forces to dominate.