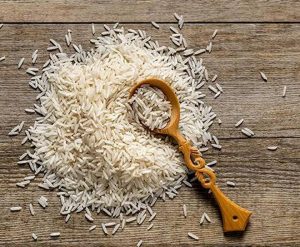 Can the Seeds Act govern GIs?-The Delhi HC, in an interesting order issued last month, dealt with this question in some detail.

The factual matrix is simple here; The Ministry of Agriculture had, through an Office Memorandum (OM), set forth the characteristics of “Basmati” rice variety. They had further stated through another OM that in order to ensure the linkage between the variety and the GI, only such Basmati varieties which were  grown in Indo-Gangetic area would come under the “Basmati” GI. This was later challenged by the Madhya Pradesh Government.

The MP Government mainly argued that the matter was not under the scope of the Seeds Act and that the Act could not cover GIs. The Agricultural and Processed Food and Products Export Development Authority, in response to these allegations, claimed that these OMs were issued on the basis of recommendations made by the Sub-Committee of the Central Seeds Committee, which is governed under Section 3 of the Seeds Act. They also argued that the same was done to achieve the objective of the Seeds Act.

In considering such arguments, the Court looked at a number of provisions of the Act and a few of the Court’s main conclusions (with regard to the Seeds Act and GI) can be summarised as follows:

The Delhi HC’s order is definitely a welcome move and gives some much-needed clarifications on the ambit and scope of the Seeds Act and its relation (or lack thereof) with regard to GIs.