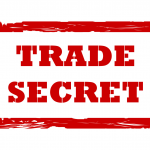 This is a commercial appeal filed under Section 13 (1A) of the Commercial Courts Act read with relevant provisions of CPC. The Appellant had earlier unsuccessfully pleaded for an interim injunction at the Court of Additional City Civil and Sessions Judge (which is the Court of First Instance). 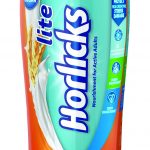 The Appellant is a tech-company. It developed a pioneering technology on the process of extrusion (which can be used in the manufacture of ‘Horlicks’). It claimed that the relevant information pertaining to this technology is made available on a ‘need to know’ basis. Its contentions are two-pronged (paragraph 3):

The Appellant sought permanent injunction to restrain the Respondents and sister concerns from ‘infringing the rights of the appellant in its intellectual property or confidential information in any manner including by asserting, enforcing any rights in the International Patent Application No……’ (para 6).

The Respondent refuted the claims citing various grounds; some of which are beyond the scope of this post. One of the main contentions was that the Respondent was the lawful owner of IPR vide the Master Services Agreement. Also, the Appellant should have exhausted the alternate remedy of filing pre-grant opposition under Section 25 of the Indian Patents Act, 1970 before filing the instant commercial suit (para 8).

The Trial Judge had earlier agreed with the contentions of the Respondent by inter alia holding that the Appellant does not enjoy proprietary rights over the concerned Confidential Information (vide the Master Services Agreement).

The Court noted that the Appellant had not produced before the Trial Court the original work (proprietary test databases and test results) in respect of which copyright is claimed. Only a redacted version of alleged original work was produced. This attracted adverse inference (para 23).

The Court also took note of the delay on the part of the Appellant in filing the suit (when a discretionary equitable remedy is claimed). The High Court also noted that the scope of interference of an Appellate Court ‘against an order refusing to grant discretionary and equitable relief of temporary injunction is limited’ (para 32).

The EU Directive on Databases (96/9) offers copyright and sui generis protection for databases. While Copyright Law protects selection or arrangement of contents which constitutes author’s own intellectual creation, sui generis right protects the contents of the database (Arts 3 and 7). India doesn’t offer a sui generis protection for databases (unlike the European Union). Indian Copyright Law can only be invoked as far as expression is concerned (and definitely not with regard to the contents of the database). This doesn’t help the case of the Appellant.

Any case involving trade secrets, like the instant one, generally involves three issues:

The instant Karnataka High Court judgment doesn’t deliberate upon the above-mentioned three aspects. Plausibly, they were not raised before the Court. It may be the case that the Appellant relied too much on Copyright Law (which is conceptually incongruent and therefore, unhelpful).

I shall later discuss the above-mentioned three aspects from a comparative law perspective (US and EU). These jurisdictions are far more advanced on trade secrets law. As principles of equity, they can be brought to the attention of the Court for better appreciation of trade secrets law. [For EU position, click here.]