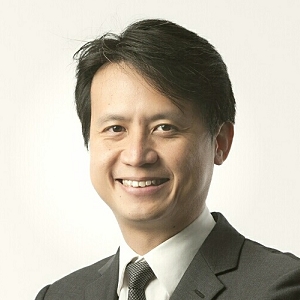 We’re pleased to bring to you a guest post by Sachin Sathyarajan on the recent election of Singapore’s Daren Tang as the Director General of WIPO. Sachin is a specialist in international law and policy. He is currently engaged as a Senior Research Associate at Jindal Global Law School in India. He also serves as a consultant to the Department of Biotechnology, Government of India. He had previously worked with international organizations in Geneva including the World Intellectual Property Organization (WIPO), the International Centre for Trade and Sustainable Development (ICTSD) and the UN Conference on Trade and Development (UNCTAD). He completed his LLM from the Graduate Institute in Geneva and was a Dean’s Scholar at the WIPO Academy program in Australia.

Singapore’s Daren Tang Elected as Director General of WIPO amidst a Bitter US-China Face-off – What’s in Store for the Global South and the Development Agenda?

The enduring United States – China trade war has shifted turf from the World Trade Organization (WTO) Appellate Body to the latest elections at the World Intellectual Property Organization (WIPO). While Beijing eyed the coveted leadership position at the powerful UN specialized agency, Washington aggressively attacked the Chinese candidature.The United States (US) and other Western allies threw their weight behind the Singaporean candidate, Daren Tang which eventually sealed his victory.  Tang is all set to be the new Director General after winning the vote in Geneva on March 4, 2020. The US backed candidate won the nomination by a margin of  55 to 28 votes over the Chinese candidate in a highly politicized election.

Singapore’s Prime Minister Lee Hsien Loong congratulated Tang in a Facebook post reminding the world it was the first time a Singaporean has been nominated for a leadership position of a UN agency. Tang has been the Chief Executive of the Intellectual Property Office of Singapore (IPOS) since 2015. Singapore endorsed his candidacy, citing his breadth of experience and familiarity with the WIPO community. It was emphasized that under Tang’s tenure, IPOS was transformed from a “regulator into an innovation agency.”

He also served as the Chair of the WIPO Standing Committee on Copyright and Related Rights (SCCR) since May 1, 2017. SCCR serves as a forum for member states and observers to discuss issues related to developing balanced international frameworks on copyright matters. As an amateur pianist for a jazz quartet, he shares a personal connection with copyright issues.

During his term, Tang chaired discussions on the limitations and exceptions to copyright and related rights for educational activities, libraries and archives and persons with disabilities. His term also saw the divisive debate on copyright protection extending to broadcasting organizations. Tang believed that Singapore can be a bridge between the North and South, and east and west, and add value to the discussions at SCCR by being a neutral, credible and professional Chair.

However, there was widespread speculation that Tang had limited support from the developing world. Although Singapore is ostensibly classified as a developing country, Singapore’s interests on IP and trade related matters do not align with most other developing countries. For an organization like WIPO which had adopted a Development Agenda in 2007, it remains to be seen how the interests of the developing world will be protected in a potential scenario of polarization.

The Development Agenda was the culmination of a long process of transforming WIPO from a technical body protecting right holder’s interests to that of an organization serving the larger goals of the UN to foster socio-economic and cultural development. Singapore is not a member of the Development Agenda Group, which is a cross-regional group of 18 WIPO Member States striving to mainstream development in all areas of WIPO’s work. There is much work to be done at WIPO in addressing challenges for the Global South in the areas of public health, access to knowledge, protection of traditional knowledge and the prevention of biopiracy.

The opposing Chinese candidate, Binying Wang is a highly influential administrator at WIPO being the Deputy-Director General overseeing the Brands and Designs sector. Her work included managing the Madrid, Hague and Lisbon systems at WIPO. Her candidature came as no surprise, as China has emerged as the frontrunner of growth in the IP world. The Global Innovation Index saw China moving from the 35th to 14th position between 2013 and 2019.

China is an innovation heavyweight, accounting for almost half of all the world’s patent filings according to 2018 figures. Amidst all the controversy surrounding 5G technology and cyber espionage rumors, it was the Chinese telecommunications giant Huawei which filed the largest number of patents in the world. With respect to other IP such as trademarks, industrial designs and plant variety protection, the case is no different as China is unrivalled in the numbers game.

US diplomatic circles ran a smear campaign against China, reiterating concerns relating to China’s inability to adequately protect IP rights. US President Trump has repeatedly accused China of large scale theft of technology and IP, even in his speech at the UN General Assembly. Peter Navarro, his assistant on trade matters, had made a scathing attack on the Chinese candidature. There was also fear within the US circles that WIPO’s confidential information which is currently stored in US-based cloud servers will be shared with offices in China in the future.

Navarro alleged that China is responsible for 85% of the counterfeits seized by US border officials. Even for other countries, it was evident that China’s global reputation for mismanagement of IP would be a decisive factor in this election. The European Commission reports a loss of billions of euros every year to Chinese IP infringement. There are also reports of Chinese counterfeits damaging textile industries in Africa.

The  WIPO elections also coincided with  US efforts to paralyze the WTO Appellate body, which was the only effective dispute settlement body for international trade and related IP matters. As of December 2019, the body had been rendered non-functional and this is particularly detrimental for developing countries.

The Chinese candidature posed a major challenge for the United States, in its effort to contain its economic rival’s sharp rise in soft power at international organizations. China has the leadership of 4 out of the 15 UN specialized agencies, more than any other country in the world. China allegedly gains support for its favoured candidates through its Belt and Road program and development assistance. The US also claims that Chinese leadership of UN organizations has a dubious history of prioritizing and advancing national interests.

Top Chinese officials called for fair elections and emphasized the steps taken by China for creating a robust IP system. The Chinese Ambassador in Geneva responded by blasting the Trump administration for withdrawing from several international organizations, while maintaining that Chinese dominance is a natural process.

The Affluence of WIPO

Australia’s Francis Gurry currently heads the WIPO and his 12-year tenure expires on September 30th, 2020. There has been a lot of interest in the WIPO’s Director General elections, since the position is much more powerful than top jobs at other international organizations. WIPO has 193 member states and administers 26 international treaties related to the protection of IPRs.

The power is partly derived from the financial affluence and the resulting political autonomy of the WIPO. In 2018, WIPO’s revenue alone was 430.6 million CHF with a profit of 42.5 million CHF. The UN is going through a major fiscal crunch with salaries not being paid and escalators shut  down. Several member states including major funders like the US and Brazil are yet to pay their dues and it questions the political confidence in multilateralism.

In stark contrast, WIPO’s net assets have nearly doubled since 2010 to a whooping 261.4 million CHF. WIPO’s reliance on member state funding is minimal, which ensures a great deal of independence in decision making.  Roughly 90% of WIPO’s revenue comes from the private sector through fee-paying services of the organization such as filing patents and trademarks.

In addition to Singapore and China, four candidates representing Ghana, Kazakhstan, Columbia and Peru were vying for the top post. A pertinent issue is the geographical rotation of the WIPO’s leadership even though it does not have a formal process. There was an initial understanding that someone from the Asia-Pacific or Latin American regions will be at helm of the affairs and the final round of the 2020 election ensured that an Asian man or woman would  be the eventual winner.

Three of WIPO’s four previous Director Generals including the outgoing Francis Gurry, have been white men from developed countries. Kamil Idris from Sudan (1997-2008) was the only exception.  Gurry won his first term in 2008 by an extremely narrow margin, only winning 42-41 over a Brazilian candidate. In 2014, after an extremely controversial term, Gurry managed to get re-elected for a second term. Bodenhausen from Netherlands and Bogsch from the US heading WIPO from 1973 to 1997 is a testament to the history of the domination of the Global North.

Only 83 of the WIPO’s 193 member states forming the Coordination Committee gets to vote  in the elections for the Director General. This is because the WIPO’s Coordination Committee is limited in membership to Executive Committee members of the Paris and Berne Unions, Switzerland and one ad-hoc member.  Since most of the countries that were parties to the Paris and Berne Unions when WIPO was established in 1967 were developed countries, they dominate the decision making process.

It is historic that an Asian has been elected to the top post, granted with US backing. However, the question still remains why voting rights are not extended to all WIPO member states. The African Union backed candidate Edward Kwakwa of Ghana, finished third in the 2020 election. The current composition of voting states means the powerful states have a heightened sphere of influence in the outcome of the elections. The WIPO General Assembly will now meet in an extraordinary session on May 7-8, 2020 to formally appoint the new Director General.