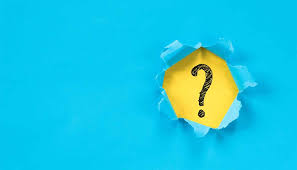 Last month, I had blogged about the feasibility of a sub-license under the Indian copyright law. In this blog post, I will examine the issue whether the Indian Trade Marks Act, 1999 (“the TM Act”) permits sub-licensing of trademarks. An oft-discussed issue while working on corporate deals which involve IP licensing is the insistence by a licensee that its “right to sub-license” the mark must be provided for in the agreement. In my opinion, it is not permissible under the TM Act. My reasons are discussed below.

Relevant provisions of the TM Act

The relevant provisions of the TM Act for this discussion are as follows:

“Permitted use”, in relation to a registered trademark, means the use of trademark-

(a) with which he is connected in the course of trade; and

(b) in respect of which the trademark remains registered for the time being; and

(d) which complies with any conditions or limitations to which the registration of registered user is subject; or

(a) with which he is connected in the course of trade; and

(b) in respect of which the trademark remains registered for the time being; and

(c) by consent of such registered proprietor in a written agreement; and

(d) which complies with any conditions or limitations to which such user is subject and to which the registration of the trademark is subject;

49.- (1) Where it is proposed that a person should be registered as a registered user of a trademark, the registered proprietor and the proposed registered user shall jointly apply in writing to the Registrar in the prescribed manner, and every such application shall be accompanied by-

(a) the agreement in writing or a duly authenticated copy thereof, entered into between the registered proprietor and the proposed registered user with respect to the permitted use of the trademark; and

(b) an affidavit made by the registered proprietor or by some person authorised to the satisfaction of the Registrar to act on his behalf,-

(ii) stating the goods or services in respect of which registration is proposed;

(iii) stating the conditions or restrictions, if any, proposed with respect to the characteristics of the goods or services, to the mode or place of permitted use, or to any other matter;

(iv) stating whether the permitted use is to be for a period or without limit of period, and, if for a period, the duration thereof, and

(c) such further documents or other evidence as may be required by the Registrar or as may be prescribed.

Nothing in this Act shall confer on a registered user of a trademark any assignable or transmissible right to the use thereof.

It is also relevant for this discussion to note that the predecessor of the TM Act, the Trade and Merchandise Marks Act, 1958 (“the TMM Act”) did not provide (see sections 48 & 49) for unrecorded licenses within the purview of permitted use.

From a reading of the above sections, my conclusion is that sub-licensing is not provided for under the TM Act. My detailed reasons are below:

a) Section 2(1)(r) of the TM Act provides for two kinds of licenses or “permitted uses” of a registered trademark. The first one is by a “registered user” of a mark, namely, by a licensee whose title as such is recorded with the Registrar of Trade Marks. The second one is by an unrecorded or common law licensee, who is permitted to use such registered trademark by consent of the proprietor through a written agreement. Read with section 49(1)(a), section 2(1)(r)(i) (recorded license) and section 2(1)(r)(ii)(c) (unrecorded license) indicate that a trademark license must be in writing by the proprietor to the licensee. Nowhere do sections 2(1)(r) or 49 contemplate a licensee to further license such rights.

b) One of the requirements to record a licensee with the Registrar of Trademarks under section 49 of the TM Act as a “Registered User” is an affidavit, in which, among others, the proprietor of the mark is to furnish proof of the degree of control by the proprietor over the permitted use. Since the provisions of the TMM Act, including the ones cited above, do not envisage naked licensing situations, it is important for a proprietor to demonstrate that there is quality control exercised by the proprietor in any license. Since the provisions of the Act envisage quality control by the proprietor (and not the licensee), sub-licensing is not possible in the Indian scenario. A Division Bench of the Delhi High Court in Rob Mathys India Private Limited v. Synthes AG Chur held that the object of the TMM Act is to prevent trafficking in trademarks and in view of the limited and restricted meaning of “permitted use” under that Act, it would not appear plausible to accept user by a sub-licensee as user by the proprietor of the trademark. The Court’s observation suggests that sub-licensing is not envisaged under the Indian trademark law. The same principle would apply under the TM Act which now includes even common law / unrecorded licenses within the purview of permitted use.

d) Under Section 48(2) of the TM Act, permitted use of a trademark by a licensee is deemed to be use by the proprietor for any purpose material under the TM Act or any other law. The language of the section does not speculate any use by a sub-licensee.

In my post regarding copyright sub-licensing, I had concluded that it is possible for an “exclusive licensee” under the Copyright Act, 1957 to further sub-license the rights granted, provided such exclusive licensee has been granted such right by the licensor in the agreement. However, unlike the Copyright Act, there is no ‘exclusive license’ envisaged under the TM Act or its predecessor, the TMM Act. Even if an agreement were to permit a licensee to further sub-license the use of the mark, it would be an agreement that would be contrary to the TM Act and hence, unenforceable as a contract.

From my research and inquiries, it appears that India may be one the rare countries where it is not possible for a trademark licensee to further license the marks.

[Editor’s note: Please click here to view a guest post by Kapil Wadhwa providing a different interpretation of the statutory provisions and arguing that the Indian law does permit sub-licensing of trademarks.]