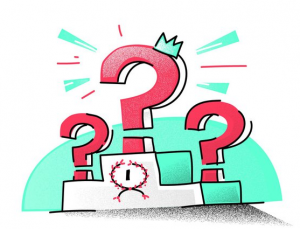 The relevant provisions of the Act involved in addressing this issue are Sections 30, 30A and 19(1) of the Act. I reproduce them below in that order:

“30. Licences by owners of copyright.-

Provided that in the case of a licence relating to copyright in any future work, the licence shall take effect only when the work comes into existence.

Explanation. Where a person to whom a licence relating to copyright in any future work is granted under this section dies before the work comes into existence, his legal representatives shall, in the absence of any provision to the contrary in the licence, be entitled to the benefit of the licence.”

(1) No assignment of the copyright in any work shall be valid unless it is in writing signed by the assignor or by his duly authorised agent.”

Read together, these sections would indicate that, for the purposes of following the modalities of granting a licence, Sections 30 and 30A of the Act are to be read with Section 19 thereof. The prescriptions of Section 19(1) are very clear and are replicated in Section 30 (see the underlined parts in the quoted sections above). Under the same, a licence of the copyright in any work would be valid only if it is in writing signed by the assignor or his duly authorized agent. When read with Section 30A, the reference to ‘assignor’ in that subsection is to be replaced by ‘licensor’.

Who is a ‘duly authorized agent’?

Often the argument of a licencee to justify a clause on sub-licensing is that it is an agent of the licensor. I believe that this cannot be the case for two reasons.

First, the definition of “agent” would have to examined to analyse this. The terms “agent” and “principal” are defined under Section 182 of the Indian Contract Act, 1872 as under:

“An agent is a person employed to do any act for another, or to represent another in dealing with third persons. The person for whom such act is done, or who is so represented, is called the principal.”

The Delhi High Court while interpreting the term “agency” has held as under in Poona Bottling v. Union of India (1981):

“Agency is a relationship that exists between two persons when one called “the agent” is considered in law to represent the other, called the ‘principal’ in such a way as to be able to affect the principal’s legal position in respect of strangers to the relationship by the making of contracts or the disposition of property.”

In Shakti Sugars Limited v. Union of India & State Trading Corporation of India (1980), the Delhi High Court distinguished a licencee from an agent as follows:

“Thus defendant No. 2, being legal entity, acts as an individual on its own behalf. Permission for export is given to it by Union of India: but the latter does not act as principal. It is in the same manner in which any natural person or individual is authorised by the Union of India to export a commodity out of India. In that case that individual does not become agent of Union of India but is merely a licencee for exporting articles.”

Secondly, since the prescriptions of Section 19(1) are applicable to Section 30 by virtue of the language in Section 30A, the argument that a licencee is licensor’s agent is a faulty argument. In other words, Section 19(1) prescribes that an assignment of copyright in any work would be valid only if it is in writing signed by the assignor or by his duly authorised agent. In the context of a licence, Section 30A says that the provisions of section 19 would apply to a licence with any necessary adaptations and modifications as they apply in relation to assignment of copyright in a work. Sections 30 and 19 (read with Section 30A) of the Act do not include the words “or by a licencee” or any appropriate words to grant such sub-licensing rights to a licencee. Absent such words, and since the law contemplates a different meaning to the word ‘agent’, the phrase ‘duly authorized agent’ cannot be stretched to mean a licencee.

What about exclusive licencees under the Act?

[Editor’s note: Please click here to view a response to this post arguing that sub-licensing is permitted under the Indian copyright law.]