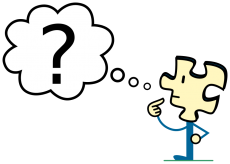 We’re pleased to bring to you a guest post by our fellowship applicant Nikhil Purohit, on the issue of permissibility of sub-licensing of copyright in India. A couple of months ago, Latha had discussed this issue on the blog, arguing that sub-licensing is not permitted under the Copyright Act. In this post, Nikhil provides a different interpretation of the statutory provisions and argues that the Indian law does permit sub-licensing of copyright.

Nikhil is a 4th year student at the National Law School of India University, Bangalore. He had written a guest post for us last month as well, which can be viewed here.

Is Sub-Licensing Contemplated under the Indian Copyright Act? : A Response

I recently came across an interesting post on the blog dealing with the question of whether sub-licensing is permissible under the Indian Copyright Act, 1957 (‘the Post’). The Post answered the question in the negative. This particularly intrigued me in light of a recent decision of a US District Court in Sinclair v. Ziff Davis (‘Sinclair’) where the defendant’s sub-licensing through Instagram of the plaintiff’s photograph that was uploaded on Instagram was deemed to be valid. The terms of use of Instagram are the same for Indian users and specify that the user grants a “non-exclusive, royalty-free, transferable, sub-licensable, worldwide license” over their content. Accordingly, in light of the Post, I wondered whether the terms of use are impermissible as per the Indian Copyright Act. In this post, I seek to provide an alternate interpretation arguing that sub-licensing of copyright is permissible.

Broad Language of the Act

The pertinent provision in respect of licensing of copyrights is Section 30 of the Act, which is reproduced below:

“30. Licenses by owners of copyright.-

Provided that in the case of a license relating to copyright in any future work, the license shall take effect only when the work comes into existence.

Explanation. Where a person to whom a license relating to copyright in any future work is granted under this section dies before the work comes into existence, his legal representatives shall, in the absence of any provision to the contrary in the license, be entitled to the benefit of the license.” (emphasis supplied)

The above provision contemplates that the owner of the copyright may grant any interest to a licensee, provided that the same is done in writing by her, or her duly authorised agent. I believe that the broad wording of the provision also includes the interest of the copyright owner in sub-licensing her work.

An objection against this interpretation, as raised in the Post, was based on a reading of Section 30A and Section 19(1) of the Act, which are reproduced below:

(1) No assignment of the copyright in any work shall be valid unless it is in writing signed by the assignor or by his duly authorised agent.”

In the Post, per my reading, it was argued in light of the above provisions, that since a licensee cannot be considered to be an “agent” of the licensor at law, neither the copyright owner nor her duly authorised agent can be said to have granted the concerned sub-license (in satisfaction of the above provisions), making the same impermissible under the Act.

There are two possible alternate interpretations of the three provisions stipulated above, as discussed below.

First Interpretation: A Differentiation between Primary and Secondary Licensing

In my view, an important distinction exists between a primary license, granted by the copyright owner to a license, and a further sub-license granted by the licensee to a third party.  While the former is an inherent right available to a copyright owner and is governed primarily by statutory provisions, the latter solely derives its mandate from the explicit stipulation between the copyright owner and the licensee. Support can be drawn towards this interpretation by reading Section 19(2) of the Act that specifies as follows:

“(2) The assignment of copyright in any work shall identify such work, and shall specify the rights assigned and the duration and territorial extent of such assignment.” (emphasis supplied)

Notably, this provision coupled with the broad language of Section 30 further indicates that the copyright owner is free to grant the right to sub-license her work to the licensor if it is explicitly specified in writing.

The Post analysed in detail, the question of whether there exists an agency relationship between the copyright owner and the licensor by looking at the definition of an ‘agent’ and the interpretation of ‘agency’ and answered the same in the negative. The primary issue highlighted in the Post was as follows:

Admittedly, in a scenario where the copyright owner does not grant the licensee the explicit right to sub-license her work, the above concerns hold perfectly valid (unless an isolated relationship of agency is effectuated between parties). The situation, however, might differ in a scenario where the copyright owner does provide such a right. In this context, it is pertinent to note the enquiry conducted by the Delhi High Court in Shakti Sugars Limited v. Union of India (‘Shakti Sugars’), as relied on in the Post, to arrive at a conclusion that an agency relationship did not exist. The Court arrived at this determination after conducting a fact specific inquiry depending on the rights and obligations of the parties concerned. Since the obligations in that case did not exhibit conditions such as those mentioned above, the Court concluded an absence of agency. This proposition of law is also supported by the Supreme Court ruling in Tirumala Venkateswara Timber and Bamboo Firm v. CTO, and in Snow White Industrial Corporation, Madras v. Collector of Central Excise, Madras as per which, “the terminology used by the parties is not decisive of the legal relationship” but the “true relationship” “has to be gathered from the nature of the contract, its terms and conditions”. Accordingly, determination of the existence of an agency relationship between parties in a given case has to be based on whether it satisfies the principles of agency as mentioned above, and further elaborated in the Post, even in cases where “the terminology” used by parties indicates otherwise.

As such, in a particular case of sub-licensing, the requirements of agency may possibly be satisfied. Some other features of a sub-licensing arrangement may support this as well:

Thus, the factors implying an agency relationship may be satisfied by the grant of a right to sub-license. In such circumstances, even if agency licenses are not expressly stipulated in the agreement, it could qualify as an implied agency within the meaning of Section 187 of the Indian Contract Act, 1872.

The Post contemplated that exclusive licensees may be considered an alternate class that might be eligible to claim sub-licensing rights. This is considering the definition of an exclusive license under Section 2(j):

The differential treatment suggested by the Post, to be granted to an exclusive license scenario seems to stem from the language, “the licensee or on the licensee and persons authorised by him”. However, this does not make it an exceptional scenario in light of the fact that a ‘definition’ provision cannot subvert the primary source of right. In the instant case, the primary source is Section 30 that deals with grant of licenses, with an exclusive license being a specific case under the same. If Section 30 did not provide a right to sub-license, such a right cannot be interpreted to be conferred upon an exclusive licensee merely based on a definition. Instead, I believe that the above definition lends support to my argument that Section 30 contemplates a right to sub-licensing as it contains the authority to confer rights on even persons authorised by the licensee.

Therefore, in my view, sub-licensing is permissible under the Indian Copyright Act and is probably why the practice has not been questioned in any court to my knowledge.

The applications for the next edition of the Fellowship close on June 30. If you’re interested in applying, please visit our Fellowship page for the details.