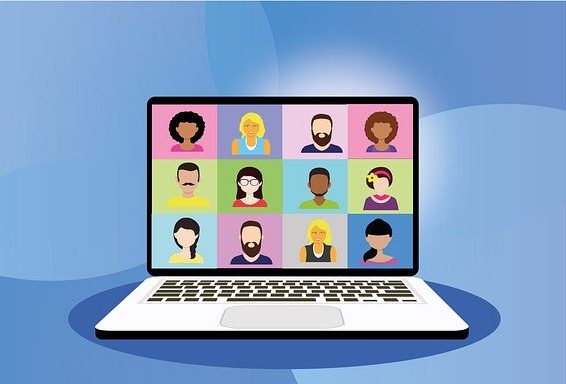 We’re glad to bring to you a guest post by our Fellowship applicant, Shivam Kaushik, discussing issues relating to copyright ownership, licensing and use of the content and recordings of webinars under the Indian copyright law.

Shivam is a 5th year law student at Banaras Hindu University, Varanasi. His previous guest post on the blog can be viewed here.

Copyright and Webinars: Ownership, Licensing and Fair Use

Covid-19 has brought all the conventional learning methods to a grinding halt. Online methods of learning have become their substitute during the pandemic. Especially the number of webinars taking place has seen an exponential rise since the lockdown restrictions kicked in. Although the primary concern that has been talked about in this virtual setting is that of privacy infringement, there is another issue here – copyright infringement.

This post will analyze copyright issues relating to webinars and discuss the rights of the speakers, organizers, and participants under the Indian copyright law. While the copyright terms in the user-agreements of the apps in question will always be relevant, for the sake of this post, it will be assumed that the apps do not claim ownership via these user-agreements.

Speakers’ ownership of copyright in the lectures delivered

Speeches, lectures, and addresses (collectively referred to as ‘lectures’) forming part of a webinar are copyrightable as literary works under section 13 of the Act if they are scripted (i.e. written in advance). The copyrightability of unscripted and extempore speeches is a little less clear under the Act, but as argued here (see page 296), they also arguably qualify as literary works making them eligible for copyright protection under the Act.

As per section 17, generally the author of a work is its first copyright owner, but if the work is made in the course of employment under a contract of service, the employer is its first copyright owner unless there is a contract to the contrary (see section 17(c)). However, section 17 (cc) carves out an exception for speeches or addresses ‘delivered in public’, stating that the first ownership of copyright in them shall vest in the persons who delivers them, notwithstanding whether the speaker is employed by any other ‘person who arranges them’ or ‘on whose behalf or premises they are delivered’. Therefore, it’s the speakers and not the organizers/employers who own copyright in the lectures/speeches delivered in webinars.

However, it must be noted that section 17(cc) only applies to those addresses and speeches that are delivered ‘in public’. The Bombay High Court in Garware Plastics v. Telelink (1989) adopted the English‘character of the audience test’ to identify what can be classified as ‘public’ under the Indian Copyright Act. Under this test, a distinction is drawn between audiences which have no unifying link other than the desire to see the work and audiences which share a private/ domestic link that distinguishes them from the general public. So the public or private nature of an address would depend upon whether the audience has a unifying link- like, all the participants are students at the same university, or are employed by the same company, or are members of one group- or not.

The general practice of webinars, especially educational ones, seems to be keeping the participation open to anyone, thereby categorizing them as ‘public’ as per the test. Also, even if the webinar is a private one, it is the speakers who own copyright in the lectures delivered unless they deliver them in the course of their employment under a contract of service. In any case, organisers of webinars are not the owners of copyright in the lectures unless they are the employers of the speakers.

Another important claim worth scrutinizing is that of the individual or the organization, that makes arrangements of the webinar, over the audio-video (AV) recording (a cinematograph film for the purpose of the Act) once the webinar is over.

According to section 13(1) of the Act, in relation to a cinematograph film (i.e. any work of visual recording) or a sound recording there is no requirement of originality per se. But section 13(3) lays down that copyright shall not subsist in a cinematographic film if a substantial part of it is an infringement of the copyright in ‘any other work’ and in a sound recording if in making it the underlying work has been infringed.

From this it becomes clear that if anyone (the organizer, a participant or any other person) makes an AV recording of a lecture without a license from the speaker, they would be infringing the speaker’s copyright over their lecture. This will result in making the AV recording so produced an infringing copy (unless the making of it is permitted under Section 52) and also, by virtue of section 13(3), the person making the recording would have no copyright over that recording even if they are its effectuator.  If the organizer records the webinar with the license from all the speakers, then copyright would subsist in the recording. And the organizer being its producer (see section 2(1)(uu)) and thus its author (see section 2(1)(d)), would be its copyright owner.

Implied license to make a recording?

However, can the organizer/ host claim that, even if there is no express license given by the speaker/s, they have an implied license to record the webinar, making it a legitimate copy? The answer to this question would depend upon the facts of the case. Balu’s approach, in his post dealing with circulation of e-papers on social media, of relying on doctrine of implied license in the absence of a ‘user agreement’ is squarely applicable in case of webinars too. In his post he rightly points out that non-availability of a user agreement (in our case, express license) makes it difficult to conclusively determine whether infringement has taken place. In such cases it has to be seen, (1) if the act in question is important to give meaning to the arrangement between the parties and (2) the conduct of the licensor, to determine if the organizer can claim implied license to record the webinar or not.

It can be argued that, when a recording is made of a webinar, a notification pops up informing the speakers of the same. Thus, if a speaker (licensor) continues to deliver the lecture despite seeing the notification, they are, by their conduct, giving an implied license to the organizer, making- at the very least- the recording so made a legitimate copy.

Implied license for commercial distribution of the recording?

As per section 14(a), the speakers in a webinar also have the exclusive right to communicate their lectures/issue its copies to the public. So, unless the organisers own copyright in the webinar recording made by them, they cannot distribute it without a license from the speakers. However, can there be an implied license for distributing the recording as well, that too commercially? There is no clear cut answer to this question. Webinar organizers usually upload the recording on a monetized account on YouTube, thus bringing a commercial angle into the equation. This commercial angle does not by itself put the act of distributing the recording beyond the permissible limits of implied license. The question of implied license in this scenario also would be determined on the basis of twin indicators highlighted above. But it will be pertinent to note that communicating the recording of webinar for money, once the webinar is over, might not play a serious role in ‘giving meaning’ to the arrangement of organizing a webinar between the parties. Again, much would depend upon facts.

Fair use of webinar recordings

Even if any person does not have a license from the copyright owners of the lectures forming part of a webinar or its recording, their use of the lectures/recording may not amount to copyright infringement under Section 52 in certain cases. Two important fair use exceptions that can be availed in relation to use of webinar lectures/recordings for educational purposes are section 52(1)(i) and section 52(1)(j).

But here, it is pertinent to mention that the applicability of the fair use provisions to the use of the webinar lectures/recordings would be subject recording having been made with a license (explicit or implied) from the webinars speakers in the first place. As Balu in yet another excellent post has argued, fair use provisions do not provide any immunity to the acts in respect of an infringing copy of a work and thus, if it is found that the recording itself was not validly made, these provisions would not apply.

Section 2(n) defines a lecture to include an address, speech and sermon; indicating that to qualify as a ‘lecture’ for the purpose of the Act, the oration must be lengthy and prolonged and should not be brief, momentary or of a passing nature.  Therefore, the participants’ contribution, which is usually in the form of questions or mere comments of a few lines, is unlikely to receive copyright protection as a lecture.

Also, copyright law disfavors protection for short expressions. In the case of Pepsi Co. v. Hindustan Coca Cola, the Delhi High Court, relying on various authorities, opined that there is no copyright in commonplace sentences and trivial works as there is no literary merit in them. Participants’ contribution is usually short, simple, and made up of sentences of common use. Thus, it is unlikely to be subject to copyright protection. Accordingly, unlike the speakers, they do not have the exclusive right to make a recording in respect of their contribution (unless the contribution qualifies as a copyrightable work).

Fortunately, till date no copyright disputes relating to webinars seem to have arisen. It is likely that many webinar organizers and speakers are still unfamiliar with various copyright considerations involved in webinars and prefer an oral arrangement based on mutual understanding. The analysis of relevant legal provisions, however, shows that determination of ownership over various elements of a webinar may involve complex copyright questions which may not always be discussed orally. Thus, it becomes important for organizers and speakers  who are particular about these claims, to enter into detailed written agreement, clearly stating out the terms of their engagement in line with copyright law to weed out the future possibility of legal disputes.

Thanks to Swaraj Barooah for his insightful comments on this post!