This is the second part of a two part post by Amit Tailor that digs into the manner in which patent appeals are managed and handled. The first part looked into a worrying trend regarding representation from the Patent Office in IPAB proceedings. This second part examines an RTI response to look deeper into how these appealed matters are handled at the Patent Office. Notably, as he points out, the interaction around this RTI also led to the Patent Office committing to bring about some improvements! 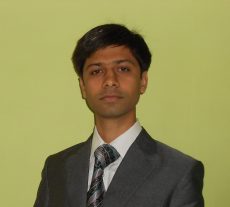 Amit Tailor is working as Manager (Sr Scientist) at Cadila Healthcare Ltd, handling patent drafting, filing & prosecution, FTO, patentability & invalidity mainly. He has an LL.B. from the Faculty of Law, Maharaja Sayajirao University of Baroda, Vadodara (Gujarat), and is a Registered Patent Agent and M.Pharm from National Institute of Pharmaceutical Education and Research (NIPER), Mohali. He also frequently writes blogs and short commentaries regarding recent developments in the field of Intellectual Property, especially patents in pharmaceutical and life sciences domain, on his Linkedin page, and has recently published two articles on IPWatchdog as well. Views mentioned here are personal.

Appeals to Controller’s Decision at IPAB – Part 2: The Role of Patent Office and the Controller(s) & The Current Practice of Handling the Appealed Matters at the Patent Office

The fact that the appeals to patent matters are being heard and disposed of at the Intellectual Property Appellate Board (IPAB or the “board”) in absence of any submissions, counter-affidavit or personal appearance from the Patent Office and/or the Controller(s), has been discussed in Part-1 of this analysis (here). In this part, I am discussing the provisions relating to appeals at IPAB, the role of Patent Office and/or the Controller(s) therein and relevant provisions under the Patents Act, 1970 (The “Act” or the “Patent Act”) and Rules made there under (The “Patent Rules”) and the Intellectual Property Appellate Board (Patents Procedure) Rules, 2010 (the “IPAB Rules”)

The Legal Scheme of Appeal under the Patents Act

The overall scheme under the Act can be summarised in 4 steps:

1) Filing of an Appeal at IPAB:

Section 117A of the Patent Act provides that any party aggrieved by any decision, order or direction of the Controller or Central Government [only of a nature specifically provided therein and to no other decision or order], may appeal to the IPAB within 3 months from the date of such order, decision or direction.

2) Notice of Appeal to the “Respondent”:

Once an appeal against any order as specified in Sec. 117A is found complying with the provisions of IPAB Rules, the registry of IPAB, under Rule 10 of the IPAB Rules, is [required] to serve the notice of such appeal to the respondent, along with the copy of the appeal or the application in paper-book form. The respondent(s) for all such appeals is(are) one or more of the “O/o Controller General of Patents Design and Trademarks” (CGPDTM) and the “Controller(s)” (which would be the concerned Controller/Assistant Controller etc.). Further, if the appeal arises from the decision in which an Opponent, who has filed an opposition u/s 25(1) or 25(2) of the Patent Act, is involved, the notice is to be served on to the Opponent also.

3) Counter-statement with or without Appearance by the Respondent

Under Rule 11 of the IPAB Rules, after receiving the notice, the respondent(s) may file their counter-statement in duplicate before the registry with a copy of the same and documents, if any, to the applicant-appellant.

The Board would then, hear and adjudicate the matter on merits based upon the material placed on the record and arguments advanced by the parties. 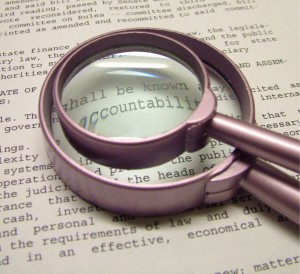 As discussed in Part-1, there have been no submissions and/or appearance from the Patent Office. Therefore in order to know the process for handling of such notice of appeals by the Patent Office and the possible reason of such non-submission of affidavits and non-appearance from the Patent Office’s side, I had filed an RTI request to the O/o CGPDTM to provide a list of the notice of appeals received by the office from the Registry of IPAB in past two years and requested they provide a brief summary thereof to include details like Case No., Receipt Date, Patent/Application No, the Nature of Decision Appealed, etc. and to provide information regarding the action(s) taken, if any, in response to the notice.

Response from the Patent Office

As per the response received from the CPIO, at present there is no specific provision for recording the details of such notice of appeals at the Patent Office. Any notice of appeal received at the RECS [Receipt, EDP (Electronic Data Processing), Classification and Screening] Section of the office is transferred to GPM (General Patent Matters) section through an internal mechanism called ‘dak-diary’. There is no further material information in the records of the Patent Office, including, presumably the details mentioned in the sample template in the RTI request, like – the appellant(s), the named respondent(s), the nature of appeal etc.

The GPM section, on receipt of such notice of appeals, transmits the same to the concerned Controller in the examination section for any direction/office action. Beyond that, there is no provision in the office to record the receipt of the notice in any “fixed” form. The office does not have any information regarding what action the Patent Office or the O/o CGPDTM or the Individual Controller(s) have taken in connection to the notice, or even whether any action at all, has been taken in that regard.

The Acknowledgement and the Commitment for ‘Improvement’ from the Patent Office

Though there is no material information available on the records of the Office to provide information requested in the RTI inquiry, the efforts put in to compile the information and filing the RTI has not gone completely in vain. There is a positive side of it, the office has acknowledged that the ‘detailed particulars related to Appeal(s)’ are “important” information and the office has therefore directed the concerned section(s)/department(s) to compile such information in the future. The office has gone ahead and instructed their IT division to provide such provisions in the front office module and GPM module to record and process appeals u/s 117A as [significant information] in the patent prosecution.

This is certainly a welcome step from the office. By this, the office has exhibited its responsible and responsive character, and they should be congratulated for the same. I hope that the office, having acknowledged the importance of the information, will work swiftly to implement the committed changes in their system. Hopefully, the office may make such details public as and when such a module becomes effectively working. (RTI request and responses available here)

Is the Controller bound by the Act to file Submission and/or Appear before the Board?

There is one more significant question to be looked at in this regard – whether the Controller is bound by law to provide submissions(s) or counter-statements and/or appear in person or through an agent or a pleader, or this is at their discretion. Relevant provisions under the Patent Act and Patent Rules & IPAB Rules can throw some light on the issues.

Interpretation of these provisions to decide whether the ‘submission’ and/or ‘appearance’ are mandatory or discretionary acts for the Controller, is beyond the scope of this article, and I would prefer to reserve it for arguing in courts, should the same be at issue in future.

The appeals to, at least, patent matters are getting disposed of ex parte by the IPAB. The Patent Office has no detailed particulars available in their records regarding the notices of appeals received and the actions taken thereon, if any, from their side. The office has acknowledged that the information of such nature is important and has assured to make necessary provisions to record such information for future.

Whether the Controller is required to appear or provide submissions before the board, calls for a separate discussion. However, it would be safe to assume that the Patent Office and the Controller has not yet found any matter of such gravity and of such [public interest] that the Controller felt to use their right to appear before and be heard by the board. There were 4 orders from the board relating to appeal to revocation of patents in post-grant opposition, and even in those cases, there was no submission or appearance from the office/Controller(s). It is also safe to assume that the board has also not found any matter wherein they deem it necessary to direct the appearance and/or submission from the Patent Office or individual Controller. [As discussed earlier, there has been one exception wherein the Controller appeared in person to assist the board in an appeal proceeding.]

These are, I would say, initial days in patent appeal matters in India. We have only 14 final decisions from the board wherein the matters have been heard and decided on merits. I do not wish to comment on the merits as of now, because the decisions are relatively recent and are open to review and appeal. Should any party be aggrieved by those patent grants or reinstatements, they may appeal the same to the appropriate forum.

All that I can say is that the Controller(s) should submit their counter-statements and/or appear before the board, more often than not. At the same time, the board may also mandate submission and/or appearance from the Controller(s) in the Public interest and in the absence of any assistance from the Patent Office, the Board should try and take assistance from the subject matter experts more often than not. The aim of this article was never to discuss on the merits, rather it was to highlight the current state of affairs at the Patent Office and the IPAB and to lay open these issues for discussion.