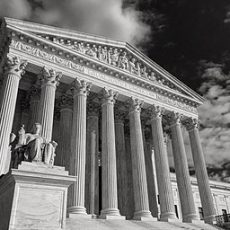 On 5th April, the Supreme Court of the United States allowed Google’s appeal and held that Google’s copying of roughly 11,500 lines of code relating to 37 software packages forming part of Sun Java Application Programming Interface (API), owned by Oracle, was protected by ‘fair use’. The majority opinion was delivered by Justice Breyer (joined by 5 other judges), and a dissenting opinion was filed by Justice Thomas (joined by one other judge). One judge (Justice Barrett took no part in the decision).

In this Part I, I will limit myself to introducing the case and summarising the majority view.

In a suit for copyright infringement concerning the aforesaid copying of API, the District Court originally held that the subject matter was not copyrightable. Although there were also claims for patent infringement, this was dropped later. On appeal in 2014, the Federal Circuit reversed and held that there was copyrightable subject matter but remanded the matter back to the District Court for a finding on whether the ‘fair use’ immunity applied in favour of Google. The SCOTUS refused certiorari at that point. In a jury verdict on remand, Google succeeded on the ‘fair use’ defence. The matter was appealed to the Federal Circuit a second time by Oracle, which reversed the jury verdict as a matter of law and held that “fair use” was not established by Google in the present matter.

In the 2nd round, the Federal Circuit remanded the matter back to the District Court for trial on damages. In the meantime, Google filed a petition for certiorari before the Supreme Court on the Federal Circuit’s determinations regarding both copyrightability and fair use. The SCOTUS granted certiorari and issued its final judgement on 5th April, 2021.

I do not want to spend too much introducing APIs – there are tons of resources available, and the judgment provides a decent summary. In simple terms, APIs allows one program to interface with another and adds efficiency to the entire system. For instance, someone may have already written a package/code for performing a specific function (say, multiply x*y). If I came up with an application that, inter alia, performs this same function, rather than rewrite the package/code, I can simply call upon package/code. The API is what enables this. In this example, the package/code that performs this x*y is called the ‘implementing code’. This ‘implementing code’ is identified by or associated with a ‘declaring code’. That declaring code provides the name for each task and the location of each task within the API’s overall organisational system. The ‘declaring code’, thus, is a shortcut for programmers to reach the ‘implementing code’.

Appendix B to the majority opinion (Sl. Op. at pg. 38) provides a nice schematic to demonstrate this. I would encourage readers to consider that drawing. The case was limited to the copying of ‘declaring code’.

Summary of the majority’s ruling

To be continued in Part II.