The Logo of RMPL. Image from here.

RMPL Registered as Copyright Society for Sound Recordings: But What about PPL, Transparency, and the Delays?

In this post, Nikhil analyses Recorded Music Performance Limited (‘RMPL’) becoming the first copyright society to be granted a registration with respect to sound recordings, nine years after the 2012 amendments to the Copyright Act. He notes that the Phonographic Performance Limited India (‘PPL’) has also been attempting to obtain registration as a copyright society for the same kind of works. He argues that this registration might be inconsistent with the directions of the Delhi HC in a suit filed by PPL. Further, he notes that the government is required to consider several factors while deciding upon an application for registration as a copyright society. The manner in which this determination is made as well as the discussions about it are not publicly available. Nikhil highlights that even the announcement of grant of registration to RMPL does not come with reasons behind doing so, which is particularly problematic in the instant case. He also emphasises that there is no logical explanation behind the government excessively delaying upon deciding applications for registration of copyright societies. 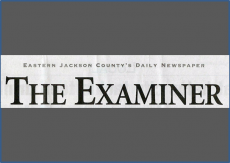 The Examination of the Examiner: Analysing the Delhi High Court’s Recent Observations

In this guest post, Aditya Mittal analyses the recent case of Bharati Rathore v. Union of India and Ors., wherein the Delhi High Court made some strong observations regarding the procedure followed by the Government in the selection of Examiner of Patents and Designs. The court passed the matter to the PIL bench for further adjudication. As per Rule 18(2) of Patent Rules, 2003, the Delhi branch of the Patent Office got the power to deal with International Bureau and any other International Searching Authority (ISA) and IPEA. The Examiner is required to prepare the International Search Report (ISR). The Examiner has to search whether the description/drawings/claims of the International Application are following provisions of the Indian Patents Act. Accordingly, the information is sent to the applicant to comply with provisions in case required or pay additional fee in case of non-utility claims. The Court therefore highlighted the importance of the Examiner, as the first point of contact of the application in the prosecution process and their role in making some significant decisions. Aditya also noted that the actions of the Examiner have become more significant now after the dissolution of IPAB because the appeal from the Patent Office would directly lie in the respective High Courts which will not have any technical member on the bench, unlike the IPAB. This would increase the dependence on the Patent Office’s decision, which would make it all the more necessary to have competent people in the Patent Office, in terms of their technical skills and their inter-personal qualities. 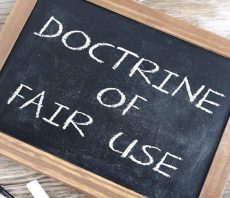 A Guide on Fair Use Cases in India – Part II

On the occasion of World IP Day earlier this year, Pankhuri had shared the initial installment of a compilation of all the fair use decisions pronounced by India’s high courts and the Supreme Court under the Copyright Act, 1957 till date. This initial installment compiled the decisions relating to education and research. On the occasion on the World Music Day (June 21, 2021, Pankhuri shared the second installment compiling decisions relating to use of copyrighted songs (e.g. for purposes of TV broadcasting, internet broadcasting/online streaming, festival related events or religious/marriage ceremonies). The list was prepared with the help of Bhavik Shukla, who had been a long-term intern with SpicyIP. The pdf version of the updated compilation containing both installments can be viewed here and the word version here). 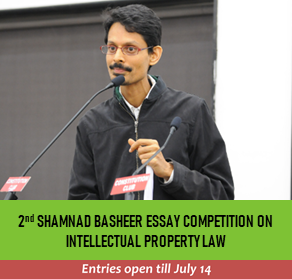 On the occasion of our Founder Prof. (Dr.) Shamnad Basheer’s 45th birth anniversary on 14th May, we had announced the second edition of the Shamnad Basheer Essay Competition on Intellectual Property Law to celebrate his memory and his legacy of outstanding scholarship. In this post, we reminded our readers that the deadline for submissions for the competition is July 14, 2021 (23:59 IST). Other details of the competition are provided in the post itself.

In this post, we informed our readers that the MSF Access Campaign and the Third World Network is organizing a panel discussion on ‘Pharma Corporations Demand Indemnity in Lieu of mRNA Vaccine Supply in India: Legal and Ethical Issues’ on 23rd June, 2021 (tomorrow) from 4 pm to 5:30 pm (IST). Further details, including information about the Speakers and the registration link and procedure are provided in the post itself.

P.S. The applications for SpicyIP Fellowship are currently open and will close on June 30, 2021. Also, we’re now on Instagram as well! Follow us @spicyipblog for the latest updates on the blog.