Continuing on from the previous blogpost, we bring you part 2 of Amit Tailor’s two part series on the recent case Nippon A&L vs The Controller of Patents, which looked into questions of how and to what extent a claim in a patent application can be amended under the Patents Act. In the first part, Amit introduced the issue and argues that the court’s reliance on the European Technical Board of Appeal’s Konica case is questionable. In this second part, Amit argues that the court’s reliance on the Ayyangar Committee Report for allowing a wider amendment is not actually supported by the report.

The Extent of Amendment Allowed in a Patent Application: Part 2 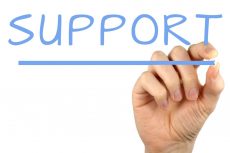 The Hon’ble Court, at para 53, opined that the Ayyangar Committee Report (the “Report”) and after consideration thereof, the erstwhile IPAB, in one Tony Mon George (OA/48/2020/PT/DEL), held that the Report favours ‘wider’ scope of amendment before acceptance of the application compared to that after acceptance. The relevant portions being relied upon by the Court are para. 553-555 of the Report.  Throughout the reliance, the Hon’ble court emphasized on those portions that proposed and provided reasons why the scope of an amendment before the ‘acceptance’ should be wider. i.e. the focus of the Hon’ble Court was on the word ‘acceptance’ and only on the acceptance, however, the Hon’ble Court failed to recognize the concept of ‘publication’ associated with that.

“554. … scope of an amendment before acceptance ought to be wider than that after acceptance [because] at the former stage the specification is not disclosed to the public…. On the other hand, after the acceptance of the application, and its advertisement, the contents of specification become open to public inspection, and the rights of third parties …  should be taken into account in defining the scope of the amendment which the applicant or the patentee might be permitted to effect. After a complete specification has been accepted two limitations not applicable to amendments at the earlier stage should be imposed. ….

Overall reading of the cited paragraphs 553-555 indicates that the said suggestion of allowance of ‘wider’ amendment before acceptance (i.e. grant) by the Report is not necessarily directed to grant, but the discussion is more focused on the public notice aspect thereof, i.e. the publication of the application and the claim(s) therein. In principle, the report is discussing a point in time or the status of an application when the application is “Not published”, because at the time the report was prepared and the proposals were advanced, the patent applications were not being published before acceptance; the complete specification and the claims therein were disclosed to the public only after acceptance.

[See here, the same was the position in The Patent Act, 1970 enacted after publication of the Report: Sec. 143. Restrictions upon publication of specification: Subject to the provisions of Chapter VII, an application for a patent, and any specification filed in pursuance thereof, shall not, except with the consent of the applicant, be published by the Controller or be open to public inspection at any time before the date of advertisement of acceptance of the application in pursuance of section 23.]

The report clearly suggested that the amendments were ought to be limited post acceptance not necessarily because they were accepted but because they were so published; and once the claims were published, the amendments to them were subject to additional limitations, the ‘two limitations’, because after publication, the rights of third parties kick in and their rights are to be taken in to consideration while allowing an amendment.

The overall reading of the relevant portions of the Report, as relied upon by the Hon’ble court, to allow the shifting of the center of gravity (from ‘product-by-process’ to ‘process’) before grant appears to be based on a reading of the report against the spirit of the recommendation therein. The position the report is discussing, is in effect the position before the claims are laid open for public inspection. Therefore, the Hon’ble Court’s narrow reading of the report that ‘wider’ amendments should be allowed before ‘acceptance’ is not in line with the spirit and intention of the Report. A rather harmonious reading would suggest that the wider amendments may be allowed before ‘publication’; and the ‘two limitations’ to amendments should kick in after publication of the application and the claims thereof.

Looking for Support for the Amended Claims in the Description is not the Mandate of Sec. 59(1)

Continuing on the premise that the authority to amend the claims of the nature of the instant case was available from the European Board decision, and that the Ayyangar Committee Report supported a ‘wider’ amendment before grant, the Hon’ble Court held that the amendment in question in the instant case is a ‘narrowing’ amendment – from a product claim to a process claim, and the process sought to be claimed in the amended claims is “clearly disclosed in the patent specification”. Therefore, the amendment is “within the scope of the patent specification and claims as originally filed…(and) satisfy the conditions of Section 59(1) of the Act as…”.  [see para. 58 of the Judgment]. As discussed above, such an inquiry would be apparently contrary to clear mandate of Sec 59(1).

A part of the reasoning of the Hon’ble court in this matter was also based on the assertion that the alleged switching from a product claim to a process claim is ‘in effect’ a narrowing amendment because the protection afforded by a process claim is much limited to that by a product claim. Here again, the amount or extent of protection afforded by the claims, before and after amendment, to the applicant, is not the correct inquiry u/s 59(1). The correct inquiry is whether the amended claim would fall wholly within the scope of the claim before amendment or not.

– The authority relied upon, and the reasoning provided, by the Hon’ble Court while allowing such amendments to be entered, appears not to be a good position in law, and may not provide a good precedence on the issue of allowable claim amendments u/s 59(1) for being expectedly deficient on, at least, three counts –

1. Reliance on a foreign (quasi)judicial body’s decision, premised on a completely different legislation; and the issue, that the underlying facts of the case involved in the Board’s decision was allegedly similar with that of the instant case, becomes moot because of that;

2. Reading of the Ayyangar Committee Report to infer that the Committee advocated for availability of the ‘wider’ scope of amendment before ‘acceptance’ is not in sync with the spirit of the report, which much emphasized and reasonably clearly suggested that the focus was on the ‘public notice’, i.e. the publication and not necessarily on acceptance; and

3. Adjudicating the issue of allowing an amendment u/s 59(1) with a reasoning that the claims were ‘disclosed’ by the specification therefore within the scope of the claim(s) as originally filed, appears against the express mandate of the statute.