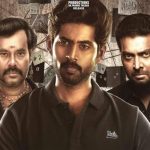 The Madras High Court, vide judgment dated 17 November 2022, held that the pre-institution mediation and settlement under Section 12A of the Commercial Courts Act is mandatory and rejected the plaint for injunction against the release of Tamil movie ‘Yugi’.

The petitioner, V. Prabhakar, filed a plaint dated 16 November 2022 alleging that the movie ‘Yugi’ (which was to be released on 18 November 2022) infringed his copyright over the Malayalam movie ‘Dasharatham’ (released in 1989). The petitioner sought both permanent and interim injunction against the release of ‘Yugi’ via any medium.

The Court held that the pre-institution mediation and settlement under Section 12A is mandatory (and not directory) from 20 August 2022 (citing Supreme Court judgment in Patil Automation case). Section 12A states as follows:

‘12A. Pre-Institution Mediation and Settlement—(1) A suit, which does not contemplate any urgent interim relief under this Act, shall not be instituted unless the plaintiff exhausts the remedy of pre- institution mediation in accordance with such manner and procedure as may be prescribed by rules made by the Central Government.‘

There was no pre-institution mediation and settlement in this case.

(ii)            whether exhausting the pre-institution mediation can lead to an irreversible situation;

(iii)           Whether the urgency is the creation of the plaintiff itself; and

(iv)           Whether the plaintiff is in a fair ground in urging urgency and interim measure.

The Court held that the urgency is of plaintiff’s own making. The trailer and audio format were released more than a fortnight ago. The petitioner issued a public notice dated 14 November 2022 in the tamil daily ‘Malai Malar’ and sought the intervention of the High Court at the last minute. The plaint also did not reveal infringement. For these reasons, the Court rejected the plaint for not meeting Section 12A of CCA.

The rejection of the plaint did not prevent the plaintiff from approaching the High Court again for any suitable relief including damages.

I am aware of the movie ‘Dasharatham’. I haven’t seen ‘Yugi’. But I conducted a quick search and read about the plot of the movie ‘Yugi’. My preliminary understanding is that the plots are different and there is no case of copyright infringement here.

But as a counterfactual, what if the plots were similar or identical? It cannot be that the trailer and audio format can reveal the plot of the movie. The plot is generally kept confidential till the release of the movie.

Again, as a counterfactual, consider a situation where the plaintiff could convince the court before the release of the movie (i) about actual infringement and he became aware of the infringement at the last minute; or (ii) of possible (and not actual) infringement.

What is the apposite remedy?

Interim injunction or Damages (the latter will mean that the court will allow the release of the movie). Note that the ‘irreparable injury’ under the injunction jurisprudence means a material injury that cannot be adequately remedied or compensated by damages. IP infringements may attract injunctions and/or damages.

My impression is, the given case arose as a case of possible infringement. Note that the petitioner requested for the appointment of Advocate Commissioner for assessing the issue of infringement. The existence of possibility may also explain as to why the plaintiff could not clearly articulate when he became aware of infringement.

I do not believe that the judgment offers a satisfactory solution to cases of possible infringement. Realistically speaking, it may not be possible to assess whether there is actual infringement or not before the release of the movie. At the same time, injunctions cannot be granted blindly. One plausible solution is, grant of interim injunction on the condition that the plaintiff compensates the defendant if the court finally decides against the plaintiff (i.e. the court finding that there is no infringement). Even if injunction is granted in favour of the plaintiff, the plaintiff can decide whether or not to enforce the same. (In Germany, I have seen interim injunctions not enforced for the above reason. This condition can act as a deterrence against misuse of injunction relief.)