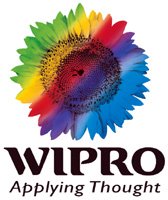 An interesting piece (titled “India lags in number of IT patents”) on the low levels of software patents in India, despite India’s global excellence

“India may be the world leader in information technology but it trails in a big way when it comes to patents in the IT sector.
While the top 10 patents holders across the world are IT companies, in India, no IT firm has patents. The list of top 10 patents holders in India comprises only pharmaceutical and bio-tech companies.
In India, 184 patents are held by the Council of Scientific and Industrial Research, followed by Ranbaxy (56) and Dr Reddy’s Laboratories (19). Worldwide, though, the highest number of patents is held by IBM (3,248) followed by Matsushita Electric industrial company(1,934) and Canon (1,805)..”

“Despite huge research and development facilities in the country, the five Indian information technology majors – Infosys, TCS, Wipro, Satyam and HCL Technologies – have together filed only 38 patent applications till mid-2005.

While IPR experts feel that the number is much higher than their US filings, these are negligible compared to the top five domestic drug companies that together have around 1,100 filings”

These articles cite the Indian patents act as the key reason underlying the low levels of patent filing:

“A major deterrent for these IT companies is the Indian patents law, which does not allow software per se to be patented.”

I’m not entirely sure of the statistics presented in the news items—the Indian press does not score too highly on authentic statistics, particularly when it comes to IP. Be that as it may, these news items miss a very important point, that could perhaps explain the low levels of software patenting in India better.

No doubt, the fact that software per se is not patentable may account partially for this low level of patenting–however, it is but a minor reason. Any patent lawyer in India will tell you that scores of software patents have been granted in the past. Most such patents of course went to IBM, Microsoft and the like and not to WIPRO or Infosys. The underlying logic behind such patent grants in India resonated with that in the EU i.e. that it is only software per se that is not patentable. However, if such software is combined with hardware or has a technical effect of some sort, then it is patentable. This position may change slightly (though not drastically) with the new patent regime (since an Ordinance provision seeking to make explicit the practice of the Patent office in granting patents to software combined with hardware or showing a technical effect was shot down at the last stages and never made it to the final Act).

The ‘software’ per se exclusion cannot therefore be a key reason. IMHO, the software ‘services’ oriented model followed by the IT biggies in India is the chief cause. Despite India’s supposed global excellence in software, we have largely restricted ourselves to a ‘services’ model–where the products that are created are done for and on behalf of others. Consequently, the IP is owned by such “others”. The services model banks a lot on the cheaper cost of labour in India and is relatively risk free–as revenues are more or less guaranteed. Compare this with conceptualising and designing your own software product. It may or may not click in the market. If it clicks, the returns are colossal–but the risk of market failure is high too.

“The common point is that we don’t have enough product and technology innovation, taking place in India. This is true. Except in pockets, the IT industry has focused mainly on process innovation. A unique Indian problem is that IT services companies have sucked out the oxygen from product companies. Their success has not only drained away talent, but has created an instruction-led and risk-averse mindset. They have turned our smart guys into mental coolies. …..In a product company one has to be at the cutting edge of technology. Product and technology innovation is the currency that you bring to the market. It requires risk-taking, a market focus as opposed to a customer focus. ….It’s time for software product companies in India to break free from the IT Services ecosystem.”