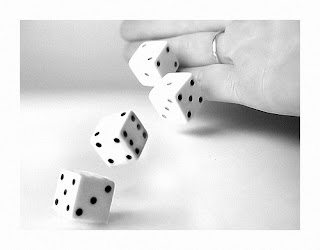 Many of you may have already heard the breaking news today……..the Madras High Court ruled against Novartis, holding that section 3(d) is not unconstitutional. It also ruled that it is not competent to adjudicate upon whether or not section 3(d) is TRIPS compliant.

Not a very surprising result for SPICYIP, which had already predicted this outcome in an earlier post, noting as follows:

“Which way is the court/IPAB likely to go? Difficult to tell at this stage, but to the extent that one might reasonably predict outcomes, this is my take:

i) The Madras High Court is likely to avoid ruling on the TRIPS compatibility of section 3(d). Firstly, since India is a “dualist” nation, international treaties are not directly enforceable in India, but have to be separately legislated upon before they are enforceble. No doubt, the Vishaka case was an exception to this rule–but one will remember that the court was careful to qualify that international norms would be incorporated only if such norms did not conflict with domestic law.

The Novartis challenge is quite different. Secton 3(d) is already part of domestic law. Novartis seeks to invalidate existing domestic law (section 3(d)) as not complying with an international legislation i.e. TRIPS. Secondly, the right forum to moot such a challenge is the WTO dispute resolution panel and not a domestic court. Thirdly, given the sensitivity of the Novartis case and the international uproar, the Chennai High Court is more likely to duck the issue , on the ground that it lacks jurisdictional competence.

ii) If the Madras High Court were to however rule on this aspect, the decision is likely to go against Novartis i.e. the likely holding will be that section 3(d) is compatible with TRIPS, as it is an “obviousness” standard that member states are free to define in a manner consistent with their national policy. Section 3(d) does not “discriminate” against the pharmaceutical sector but only makes a “justified” differentiation, given the specificity of salt forms in the pharmaceutical sector i.e. other technology sectors such as mechanicals, electronics etc do not face “different salt form” kind of issues.

It bears noting that US patent law encompasses a heightened utility requirement in the context of gene patents—i.e. in order to be patentable, a gene sequence has to demonstrate “substantial”, “specific” and “credible” utility. This came out of a desire to put a stop on the multitude of frivolous gene patent applications that cited the obvious utility of being a “mere probe”. These steps that cater to the specificities of technology sectors are perfectly legitimate exercises of national discretion by member states. And India is no different. For similar reasons, section 3(d) is not likely to be struck down as an “arbitrary” standard under Art 14 of the Constitution of India.”

Anyhow, for those interested in more detail, there are plenty of news/blog items reporting on this important judgment–and as expected, both Novartis and civil society groups have begun putting their spins on the outcome. In particular, note the following statement from Novartis:

“Medical progress occurs through incremental innovation. If Indian patent law does not recognise these important advances, patients will be denied new and better medicines,’ said Paul Herrling, head of corporate research at Novartis.”

I’m not sure I agree with this. As discussed in an elaborate exchange with Prabir Purkayastha of the Delhi Science Forum, section 3(d) protects incremental advances, provided those advances are really “incremental” and not “frivolous”. Novartis seems to assume that section 3(d) will bar all kinds of incremental advances—and not just those that fail to demonstrate “increased efficacy”.

Now that we have this TRIPS/constitutional law issue out of the way, one can pay closer attention to the “tamasha” unfolding at the IPAB. What’s the likely outcome at the IPAB? Well, prudish as I am when it comes to gambling, I’m willing to bet on the following outcome:

1. The High Court will not permit Chandrasekharan to hear the appeal as a “technical” member of the IPAB. In all likelihood, he will be recused and another technical member appointed to take his stead (just for this case). Or perhaps the IPAB will decide the matter without him–but I’m not sure whether they could do this, given that their “patent” competence came only from the appointment of Chandrasekharan.

2. The IPAB will likely rule against Novartis, on grounds of both section 3(d), as well on general “non obviousness” grounds. Firstly, the Board is likely to hold that the 1992 patent application covering the Imatinib free base also anticipates the Imatinib Mesylate salt (perhaps in an “inherent anticipation” sort of way).

Therefore, under section 3(d), the “efficacy” comparison has to be between “Imatib Mesylate” and the “Beta Crystalline form of Imatinib Mesylate”. If this is the case, there is bound to be no sufficiently enhanced “efficacy”, as would enable Novartis to cross the section 3(d) threshold.

3. Even assuming Novartis’ invention does manage to pass the section 3(d) “efficacy” threshold, it would fail to pass muster under the normal “inventive step” or non obviousness” standard. In other words, understanding that the claimed invention is really a 2 step process (i.e getting from Imatinib to “Imatinib Mesylate” and finally to the “Beta crystalline form of Imatinib Mesylate”), it is likely that the court may hold that:

It’d be interesting to hear which way our readers expect the decision to go. Are we all betting on the same outcome?? Let’s watch the dice roll….