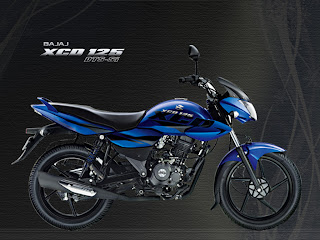 Just after we reported on the Bilcare litigation, there is news of more sparks flying, as the Bajaj patent dispute (concerning patented spark plugs) makes it to the Supreme Court of India. And more exciting to our pharma afficionados, threat of an imminent suit against CIPLA by Roche over an anticancer drug (as reported in the Mint). We will however report on this Roche -CIPLA duel in our next post.
Exciting times ahead!! The number of patent cases seem to be increasing by the day. For a country that has thus far had only about 80 odd patent cases, this is a great phase(of course, not for those that litigate and end losing). For all those involved with patent litigation, you must have done some good karma in your past life—plenty of money to be made in the next few years. And for those of us interested in the jurisprudence (I’m sure our readers fall more within this latter category than the former one!), there are exciting learning opportunities ahead.
Back to the Bajaj patent dispute. The Economic Times reports on this as below:
“Auto major Bajaj on Tuesday took its patent war against rival TVS Motor to the Supreme Court and sought a restrain on manufacturing and selling of two-wheeler ‘TVS Flame’. Bajaj Auto has sought vacation of the Madras High Court order allowing TVS Motor to go ahead with its manufacture and sale of TVS Flame.
However, when the petition was mentioned before a Bench headed by Chief Justice K G Balakrishnan, it said it cannot pass any direction without hearing the TVS Motor. The bench, however, preponed the date of hearing from January 21 to January 18. Bajaj Auto had accused TVS Motor of infringing its patent on DTS-i (accronym for digital Twin Spark Plug ignition) in TVS Flame.
TVS, in its latest 125 cc motorcycle Flame, uses CCVTi technology which Bajaj claims to be a copy of its DTS-i technology. The Pune-based two-wheeler maker uses DTS-i technology in various products including the Pulsar series of bikes. TVS, however, has denied BAL’s allegations and has slapped a Rs 250-crore defamation suit against the Pune-based company. A single Bench of the High Court on December 19 last in an interim order had restrained the TVS Motor from taking fresh order for the 125 cc bike.
It had, however, allowed it to deliver the bike which was already booked. TVS then approached a Division Bench against the order on the very next day on December 20 and the interim order was suspended.”
For a background on this, see this excellent coverage by Mint:
“The intellectual property row over the use of an engine technology between TVS Motor Co. and Bajaj Auto Ltd is to be heard by the Madras high court on Monday.
TVS had filed a suit to pre-empt attempts by its larger rival to stall the introduction of its Flame motorcycle. TVS, which wanted to introduce Flame in November, filed the suit under Section 106 of the Patents Act after Bajaj accused it of stealing technology.
A favourable verdict for TVS would prevent Bajaj from issuing public statements on this issue. The technology, called digital twin spark ignition, or DTSi, uses two igniters for the fuel instead of one to enhance fuel efficiency and was patented by Bajaj some years ago.
TVS has also filed two other suits against Bajaj—one in the Bombay high court claiming damages for defamation, and another applying for revocation of Bajaj’s patent in the Intellectual Property Appellate Board, a quasi-judicial body.”
Readers will recollect Adarsh’s incisive coverage of this case in an earlier post. For those who find the news item above to be a little difficult to follow, here is our summary of the proceedings thus far:
1. Bajaj claims patent infringement against TVS.
2. TVS files a section 106 suit before the Madras High Court, claiming that Bajaj is making “groundless threats of patent infringement” and that the court should declare that TVS does not infringe
3. Far from issuing such a declaration, the Madras High Court restrains (injuncts) TVS, albeit to a limited extent (it could execute pending orders, but couldnt take fresh orders for bikes).
4. TVS asks for a vacation of said injunction and a Division Bench of the same High Court agrees and vacates the injunction.
5. Bajaj approaches Supreme Court, asking that they reverse the High Court order and reinstate earlier injunction.
Readers must not forget that the litigation was started up by TVS which filed a section 106 suit in Chennai (asking for a declaratory relief under the Patents Act claiming that it is not infringement). It followed this up with a defamation suit in Mumbai–TVS claimed that by issuing press statements wrongly stating TVS to be infringers, Bajaj had marred the reputation of TVS in the eyes of the public. On the defamation suit in Mumbai, see this news item in the Financial Express. On the section 106 declaratory suit, see this news item in the Economic Times. On the vacation of the injunction by a division bench of the Madras High Court, see a Rediff News item here.
There is also an invalidity attack (toBajaj’s patent) pending at the IPAB. Under the Indian Patents Act, invalidity attacks can be made only at the High Court or the IPAB. Be with us, as we come back to you with more on this….