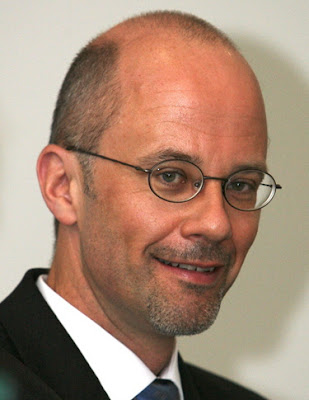 It will mark the coming together of two exquisites: India, the land of Basmati and the Mysore mallige, and Switzerland, home to precision-engineered Swiss watches, are on the threshold of signing a key bilateral where significant focus rests on IPR issues, specifically Geographical Indications (GIs).

In recent years, there have been many high-level visits and regular dialogue between the two governments exploring new ways and means to further strengthen bilateral trade and investment.( Economic times)

Felix Ador, Chief Legal Officer and Deputy Director of the Federal Swiss Institute, a key negotiator of the bilateral talks, was in India recently. He is also a key commentator on GIs at the WTO and other international forums.

In an exclusive interview with SpicyIP’s Aysha Shaukat, Ador dovetailed GIs and the current, inadequate level of protection granted internationally. He stressed the urgent need for collaboration between the two countries to improve domestic and international legislation for effective administration and protection of GIs. The last few gasps of the revived Doha talks are probably the only opportunity for this in the next 15 years, he said.

Excerpts from the interview:

Aysha: Why are GIs important to us and what is their significance in the socio-economic context of a country?

Felix Ador: Like trademarks or commercial names, GIs are distinctive signs that permit the identification of products on the market. If they are used in the proper way , they can become an effective marketing tool of great economic value. GIs indeed convey the cultural identity of a nation, region or specific area . They make it possible to add value to the natural riches of a country and to the skills of its population .

Aysha: What is the role of a GI as an IPR tool in a knowledge-driven economy and its contribution towards fostering the innovation ecosystem of a country?

Felix Ador: In a knowledge-driven economy, the role and significance of knowledge has fundamentally changed .The dynamics of the economy are coming to rest on investments in physical capital and increasingly on learning or investment in knowledge-creation. One has to recognize that all economic activity rests on knowledge, not only in high-tech society, but also on the products and methods of production in rural societies.

Research and development in the industrialized world falls under what is now defined as ‘formal innovation’. Knowledge however is often interlaced with the agricultural, social and cultural structures and long standing traditions of local communities. The informal innovation occurring in the rural societies require that rural innovation be protected and in that the GI right serves as an effective tool.

Aysha: What is the current level of protection available to GIs at the international level?

Felix Ador: With the Agreement on TRIPS on April 15th 1994, the international regulatory framwework for GIs improved. For the first time, countries agreed on a definition for GIs and on an international dispute settlement mechanism.

Section 22 to 24 of TRIPS form the substantive provisions that pertain to GIs.

Under these provisions what is envisaged is a two level tier of protection. Section 22 applies to GIs for all products and protects them against all uses that are misleading to the public or which constitute an act of unfair competition. Section 23.2 provides an additional level of protection to wines and spirits, where regardless of the risk of the public being misled , GIs in wines and spirits get an additional cushion of protection. This is violative of the non-discriminatory principle envisaged by TRIPS and calls for rectification.

Regrettably the protection of GIs at the international level is far from being adequate. Except for wines and spirits it is all too easy to misuse GIs. Although a number of countries have developed effective legislation to protect GIs for all products, national regulations which only apply in one country are not sufficient in the global economy. Products often travel beyond national borders, which is why satisfactory protection of GI across all categories must be granted at the international level without further delay.

Aysha: We understand that the upcoming round of talks at Doha and NAMA would be significant in terms of setting in place a framework for the admistration of GIs for the next decade. What is the agenda that friends of the GI camp propose to put forward?

Felix Ador: WTO members are currently engaged in new round of trade negotiations, the Doha round. Listed as an issue of particular importance in the Doha Ministerial round is the extension of the additional protection currently provided in the TRIPS Agreement only for GIs for wines and spirits to GIs for all products. The issue of GI-extension is important to both developing and developed countries. Extending additional protection under TRIPS for GIs beyond wines and spirits would ultimately lead to a satisfactory and balanced international minimal level of protection for GIs.

Besides this we also recommend that a multilateral register of GI products be set up to facilitate a multilateral system of notification and registration. The establishment of such a system could become a valuable tool for facilitating the protection of GIs in international commerce.

Countries also need to actively work on effecting bilateral and plurilaterals in the GI space and that is that path forward to be adopted.

Unless the GI friends push for the implementation of the proposals now, in the upcoming talks, we will have to wait for 15 years (when the next round of talks begin) to push for a harmonized level of protection of all products.

We need India to be a close ally of the Swiss in pushing for these reforms. India occupies a strategic position and can be a key participant at the talks and we propose that India steps up its voice vote toward that end.