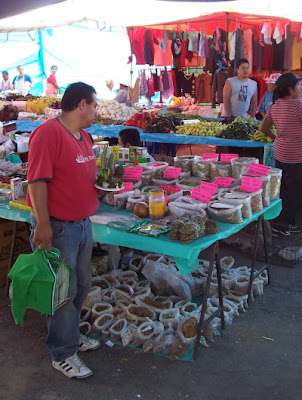 Inspired in content and spirit, by Shamnads’ New Year offerings on Traditional Knowledge and Indigenous medicine with the lush narrative of the Arogyapacha, I add to the ongoing debate and awareness initiatives on the subject…..

Allopathy long held as the marquee of the Medicinal systems has close contenders in play. No longer solo on the ramp, Traditional Medicine systems, many of them that predate allopathy have caught world attention. Ayurveda has firmly ensconced a place of pride for itself; inspiring path breaking research has earned a scientific sanctity over the last few years.

Going beyond examining the established disciplines of Traditional Medicine, the beleaguered offshoot of TK, Folk medicine has much to contribute as well to the upsurge in the interest. Noting may be had, that folk medicine finds little mention in current TK debates, perhaps due to the lack of scientific and/or documented proof and partly that it works in a ‘proof of the pudding’ manner. However having said which it deserves mention that many prescriptions from folk medicine have provided effective cures for many centuries and generations.

Unearthing a gem from the annals of time tested Indian traditional medicine and folklore:

Excerpts from an interesting paper presented at the National Bioethics Conference –‘The Practice of Traditional Medicine at ’:

Over a century or two, one of the villages in Tamil Nadu which is in the north of city known as Atchampathu, the traditional medical practice is followed by curing hepatitis of any type. Nearly 125 families are rendering service irrespective of caste, creed or religion for people who are afflicted by Hepatitis. There are no long queues in the houses which offer treatment. The practitioner applies crushed herbal leaves on the head of the patient and special oil is given either to put on the eyes or for taking orally. The treatment is almost over in 30 minutes. The patient is asked to go home and come after a week for treatment if it is necessary or else the treatment is almost over. The fees collected for a patient depends on the economic condition of the patient and it never crosses Indian Rupees fifty.

An illuminating case study on how alternative methods of medicine can provide affordable, effective, accessible, humane and holistic health care solutions. Also, one that is indicative of the fact that precious such nuggets of folk medicine lie tucked away in the remote corners of the country left unnoticed and unregulated., wide open to unauthorized commercialization.

Recent debates on Indigenous medicine bring into play issues of IPR that have become integral aspects of policy debates on the subject.

Concern is not just limited to pharma patents and generics anymore; it is as much about Indigenous medicine and the misappropriation regime.

In this direction, the WIPO intergovernmental Committee identified ten key issues pertaining to Traditional Knowledge and Folklore. The issues outlined bear great relevance to the Indigenous medicine derived from a heredity based economic activity of a given society.

The Indian agenda for protection of its Indigenous Medicine is likely to be dogged by all of them in addition to the onerous task of affecting a harmonized structure across cultural complexities and diversities of its indigenous population. Regulating folk medicine is likely to be a greater challenge given the fact that it entails a more ardous exercise of collating data before collaborating it in to a coherent system. Nevertheless from an Indian perspective, no dialogue on the TK/TM aspect can be complete sans cognizance to Folk Medicine.

has as much a task of striving to blight out from its horizons debilitating disorders caused by hereditary that affects its population whilst also ensuring that hereditary medicine originating from folklore be preserved.

And in that may come into play, old, new and borrowed tenets–Understanding traditional medicine in all its expanse within the new paradigms of Public Health and borrowing a leaf or two from countries that have their framework and constructs in place……I am looking towards China , Tibet and Jamu from Indonesia as well!