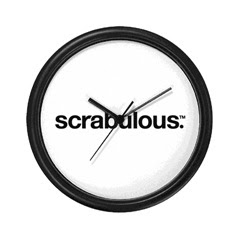 As local news portals trumpet India’s newest homegrown social networking site, www.bigadda.com (see here), another Indian company that has achieved near cult status in the global web 2.0 bandwagon faces closure. Scrabulous, a free online gaming site that allows users to play a version of Scrabble, owned by the Kolkata-based Agarwala brothers, reportedly told Fortune that it had received a legal notice from Hasbro (the makers of Scrabble).

Hasbro has allegedly sent a cease-and-desist notice for trademark infringement to the website demanding immediate shut down. Similar notices have also been sent to Facebook, where Scrabulous is one of the most popular online games applications, with about 2.5 million users, of which at least a quarter are daily active, reports suggest.

While none of the websites (Hasbro, Scrabulous, Facebook) have made any information about this story available online, already several communities have sprung up on the social networking site petitioning against the closure, mostly comprised of die-hard addicts of the game.

The website, which allows users to play a free cloned version of the word game, generates revenues primarily through CPM and CTR advertising in the range of 18,000 to 25,000 USD per month, according to estimates.

Scrabulous, which is also trademarked, itself has no qualms about acknowledging its similarities with Scrabble, and hyperlinks to the board game’s actual rules on its website. Besides the similar sounding name, the Scrabulous board is patterned identical to the Scrabble board; with blue, pink and red squares for double- and triple-word scores. There are some minor differences though, such as a time limit for each move; an automatic adjudication system (you win if your opponent quits); and the use of dictionaries.

It is interesting that Hasbro should take this issue up only now, about 18 months after Scrabulous has been online. In fact, Wall Street Journal had portended a potential legal tussle some months ago in an article identifying the similarities with the legendary board game.

Reports also suggest that Hasbro (US & Canada rights-holders) and Mattel (which owns the rights elsewhere) have licensed the online rights to Electronic Arts (EA). At present, however, EA only offers a mobile version.

If anything substantive comes out of this (since it is not yet litigious), it will be interesting to see the response of Facebook. It has fairly comprehensive rules for third party developers who create applications for its website, but it might have to strengthen them further in order to avoid a similar occurrence.

Scrabble itself doesn’t have a free online version that even comes close to what the Indian website offers, and this seems to be what most fans of the game are lamenting about. Some suggest that Hasbro should either buy out or strike an appropriate licensing deal with Scrabulous, and continue to offer the same game online, without shutting it down.

This report points out a near-identical case some years ago:
In 2005 Hasbro issued a cease-and-desist order to the makers of a similar unofficial online game called e-Scrabble. The domain www.e-scrabble.com now redirects to Hasbro’s website.
However, an official online version of Scrabble is still not available.

Regardless of what avatar it takes after this, until the site is live, and the Facebook application still up, wannabe-wordsmiths will continue to scour SOWPODS (or do you prefer TWL?)* till well past bedtime, and dream up bingos (7-letter words) when asleep, waiting for the next Scrabulous triumph! Voila!

*SOWPODS and TWL are the official dictionaries used in Scrabulous.