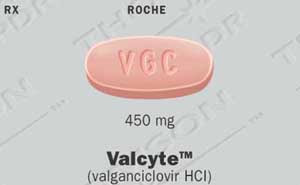 At a conference in DC, I heard a speaker (from a reputed MNC pharma company), who was comparing the patent systems of the US and China lament:
“In China, we can never enforce a patent. In India, our problem is that we can’t even get the patent in the first place”

If a recent report by CH Unni of Livemint is to be believed, this may not always hold true. Unni dug through the USPTO database and found that the Roche patent that was granted in India (covering Valganciclovir, an AIDS drug) was denied in the US!! And here we thought that the Indian Patent Office was stricter than the US in granting patents!! One hears constant complaints about section 3(d) being too harsh on pharma applicants etc. Anyway, here is the news report:

“Adding significant ammunition to an ongoing government investigation involving drug giant Roche and a key patent granting office in India, there is now new evidence that an India patent was approved for the drug some three years after a similar application was turned down in the US by the US Patent and Trademark Office.

The office of India’s controller general of patents, based in New Delhi, is conducting an inquiry whether the decision of the Chennai Patent Office to grant Roche a patent for its anti-infection drug, valganciclovir, violated Indian rules.
Roche executives insist the US and Indian decisions cannot be linked because of different laws.

“The patent for this product was granted fully in compliance with the Indian law,” says Roche India managing director Girish Telang. Arrayed against F Hoffmann-La Roche Ltd’s India unit is Mumbai-based non-profit, Lawyers Collective, which had opposed the patent in 2006, 11 months before Roche’s Indian unit eventually got the patent in June 2007, without a pre-grant opposition being heard.

It is quite unclear how Roche has been able to obtain the patent. Most multinational drug companies in India have had the opposite problem—they claim drugs for which the rest of the world gives patent protection are not being protected in India.

A review of a US PTO document by Mint shows that a key patent application for the same drug was rejected by that office back in 1994 because the drug had been in the so-called public domain for three years.The document also shows that while the original Roche claim for a comprehensive patent was indeed rejected, a patent was granted to the crystalline form of the drug based on findings that a modification eases the manufacturing process for the drug. But, in India, the Roche patent covers both the basic compound as well as a crystalline form, giving the drug maker a much more formidable patent.

“Both these findings show that the Chennai patent office has not considered the fact that the invention of this product was prior to 1995 and the already granted patent in the US was for a modification, which does not claim any treatment efficacy aspects,” says Chan Park, a senior technical and policy adviser at Lawyers Collective.

An email query sent to V. Rengaswamy, chief patent controller at the Chennai office, received a cryptic reply late on Monday.
“Since your query relates to a published patent, you can purchase a copy of the specification and get clarified,” he wrote, while ignoring the questions about whether the drug, which Roche sells as Valcyte brand, was a pre-1995 drug or not.

This is an important distinction in India as the country’s laws allow drugs to be patented on the condition that they don’t pre-date a crucial 2005 amendment by more than 10 years. The Indian law also restricts patent grants to any modifications of known substances unless the same is shown improving the treatment substantially.

Some patent experts see the Roche application, which claims that its first-ever patent application for the drug was dated 28 July 1994, as making valganciclovir the first pre-1995 drug compound to be patented in India, giving it renewed ammunition to try and claw back the patent.

S.M. Laud, company secretary and director of Roche Scientific Co. (India) Pvt. Ltd, agreed the Valcyte patent application in India made identical claims as in its 1994 US application, but insisted no rules had been violated.

“The company’s patent filing was strictly in line with the patent law in India, which allows an application to be filed within 12 months from the priority date (the date of the first patent application for the product anywhere in the world). Roche’s first application in the US was in July 1994, and the filing in India was within the 12 months from that date. It is irrelevant to compare the same with the US patent as each country has its own law.”

Roche had applied for 28 claims in its US patent application in 1994 and repeated them in India. However, the US patent office had rejected all but six of them as they were not “new” and “obvious”. But the Chennai patent document shows that it had admitted at least 12 of Roche claims that had previously been rejected by US patent office.

“This is extremely puzzling,” insists Park. “The Chennai Patent Office must have been aware of the fact that the Indian law requires the patent applicant to keep the patent office informed about the status of equivalent foreign applications under Section 8 of the Indian Patents Act.”
The Lawyers Collectives’ petition was made on behalf of two patient groups, the Indian Network for People Living with HIV/AIDS and Tamil Nadu Networking People with HIV/AIDS, in July 2006. The collective is a non-governmental organization that works for AIDS patients’ access to medicine in India as also civil and women’s rights. The Roche drug is prescribed for infections related to HIV/AIDS and also organ transplantation.

This breaking news is certainly going to cause problems for the Patent Office. For one, it raises serious issues about the lack of transparency at the Patent Office. Why wasn’t Lawyers Collective granted a hearing? On what basis did the Indian Patent Office grant a patent to this drug, when the same was denied by the USPTO? Of course, national patent offices are free to decide patent applications differently. However, given the reputation of the US an extremely liberal patent regime (as one of my colleagues at GW, Professor Roger Schecter once wrote: “If you can name it, you can claim it”), and that of India as a stricter patent regime, one wonders how this happened.

It will certainly be interesting to read the Patent Office decision and see the grounds on which they granted this patent. Unfortunately, we don’t have online access to this decision–and with cases of this sort, we wish to once again urge readers to support us in our cause for making this information available in an online patent database.

As the news report rightly points out, under section 8 of the Indian Patents Act, an applicant is supposed to disclose details of foreign filings. Did Roche disclose these details? I’m guessing they did, particularly in view of the fact that the news report quotes S.M. Laud, company secretary and director of Roche Scientific Co. (India) Pvt. Ltd who “agreed the Valcyte patent application in India made identical claims as in its 1994 US application, but insisted no rules had been violated.“

However, there is an important lacuna in this section. The section reads as below:

(b) an undertaking that, upto the date of grant of patent in India, he would keep the Controller informed in writing, from time to time, of detailed particulars required under clause (a) in respect of every other application relating to the same or substantially the same invention, if any, filed in any country outside India subsequently to the filing of the statement referred to in the aforesaid clause, within the prescribed time.

Now, clearly it would have been easy for Roche to comply with the requirement under clause (a)–merely provide details of its US application when it filed the Indian application in 1995. . However, subsequent to providing details on the US patent application filed, Roche is under no obligation to provide any further details, such as whether or not the USPTO granted or rejected the patent. UNLESS of course, the Indian Patent Office calls for this information. This is made clear by the words “may also require the applicant to furnish” in clause (2) above.

Which essentially means that if the Indian patent office is lax and does not call for this information, Roche is under no obligation to tell the patent office that their claim covering the main compound was rejected in the US!! Clearly, we need to amend section 8 and make it mandatory for applicants to provide information on the subsequent progress of the patent application in the foreign office and most importantly, whether or not such foreign office granted or rejected the patent.

Also, this case raises a tricky legal issue concerning the patenting of pre -95 drugs in India. We’ll discuss this in detail in another post–lest you suffer from SpicyIP post fatigue…..