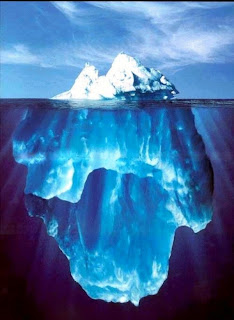 According to a news item that featured today in the Business Standard, the Novartis and Roche controversies may just be the “tip of a huge iceberg.” According to the report:

“358 of 413 drug patent applications for the disease in India are from top multinationals.

A city-based policy research group has found that multinational drug firms have filed over 350 patent applications for drugs used in cancer treatment.

An analysis of pharma patent applications pending with the patent office by the group, which did not wish to be identified, has put the number of cancer drug patent applications at 413. Of these, 358 came from top multinationals like Novartis, Aventis, Bristol Myers Squibb, Pfizer, Boehringer, Roche and Abbot.

The rush for patents on cancer medicine can be explained by the potential of the Rs 1,200 crore Indian market.

With nearly 2.5 million patients, cancer is one of the ten leading causes of death in India. Data sources from the National Cancer Registry Programme show that over 700,000 new cases and 300,000 deaths occur annually due to cancer.

However, not all 413 applications will pass muster with the patent office, a patent expert warned. India does not give patents on drugs patented elsewhere before 1995.

The patent expert said only two drugs in the list of applicantions were granted patent in the United States after 1995. Most applications, people involved in the research said, are for derivatives or minor modifications of medicines that are not eligible for patents.

‘Our analysis shows that most of these applications do not qualify for patents in India. Therefore, the patent examiners need to be very careful while scrutinising them,’ the researcher who leads the study said.“

If this is truly the case, we can expect a spate of litigation under the famous (or infamous, depending on your perspective :D) Section 3(d) of the Patents Act. The discussions in the lower and upper houses of the Indian Parliament prior to the passage of the Patents Amendment Act 2005 reveal that one of the key concerns was to prevent evergreening of patents. As has been emphasized by a number of us in Spicy IP, section 3(d), if used appropriately can be an effective tool to weed out non-meritorious patent applications.

While MNCs are busy seeking patents on what they perceive to be patentable inventions or “improvements,” on the other side of the fence, generic companies continue to do what they are best at: copying and making low(er) cost “versions” of patented drugs available in the market. According to another news item in the Economic Times, “Natco Pharma is considering launching its generic copy of Tarceva at a price less than Cipla’s version of the same drug”

Needless to say, Natco’s decision is a direct result of the recent Delhi High Court decision allowing Cipla to sell its generic version of Tarceva even though Roche holds a product patent on Tarceva in India. While refusals of temporary injunctions do not guarantee a final victory, the courts reasoning (as reported in the Mint) for denying the interim injunction (that “irreparable damages would accrue to the patients who will have their lives cut short if a cheaper version of the drug was denied to them,”) may also be applied if the court chooses to deny a permanent injunction. Has the Indian judiciary created a precedent that allows generic companies to bypass the statutory requirements under the “compulsory licensing” provisions of the Patents Act? If the decisions similar to the recent Delhi HC decision become the norm, will India be in violation of TRIPs? Possibly… especially if the generic companies now use delaying tactics to prevent a speedy final decision on the merits. More on this issue in a later post…

Clearly, the final decision in the Tarceva case has to address the issue of validity of the Roche patent. However, having opened the pandora’s box on “public interest” arguments, it would be interesting to see how (if at all) the court addresses this issue if it finds the Roche patent to be valid.