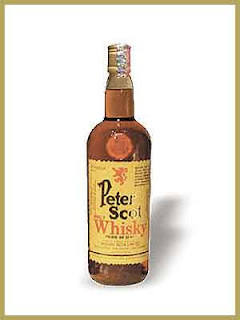 As temperatures continue to soar in New Delhi, the Supreme Court of India hands down three IP decisions—and all within a span of a month. Leading one to paradoxically muse in this blisteringly hot month, “When it rains, it really pours!”

All three decisions were penned by Justice Sinha, one of the finer Supreme Court judges on the bench today. Constitutional law scholars will remember his landmark judgment in a sex discrimination case, Anuj Garg v. Hotel Association of India. Commenting on this case, which pushed the frontiers of “equality” jurisprudence in India, a friend of mine who researches constitutional law at the Univ of Oxford, Tarunabh Khatain writes in an article (to be published): “The judgment, if it becomes an established precedent, has the potential to transform constitutional jurisprudence in India on a scale comparable to Kesavananda Bharati, Royappa and Maneka Gandhi”.

My special thanks to V. Venkatesan, a leading legal journalist (Deputy Editor at Frontline) and my co-blogger at “law and other things” for pointing me to these decisions.

These decisions add to the repertoire of Indian trademark and copyright jurisprudence in significant ways. I’m blogging on only one of these decisions….not least because it involves my favourite drink. I deal peripherally with the other two judgments—and will leave detailed anlayses of the same to my more capable team members, Mrinalini Kochupillai and Kruttika Vijay.

1. Khoday Khoday India Limited vs The Scotch Whisky Association and others (Civil Appeal 4179 of 2008: decided on May 27, 2008)
In this case, the issue was whether or not the trademark “Peter Scot” ought to be deleted from the Register of Trademarks (under section 46 of the Trademarks Act, which provides for rectification of the register).

The brief facts, available in this Times of India report are:

“Khoday India Ltd (KIL) started producing ‘Peter Scot’ whisky in 1968 and got the trademark registered in 1974. After 13 years, the Scotch Whisky Distillers Association (SWDA), an industry body of distillers, blenders and exporters of Scotch whisky, moved the Assistant Registrar Trademarks for cancellation of the registered trademark ‘Peter Scot’ on the ground of its deceptive similarity to a foreign mark (Scotch whisky).”

The Supreme Court (Justice Sinha and Justice LS Panta) held in favour of KIL’s right to continue being the registered proprietor of the “Peter Scot” mark. One of the factors that influenced the court to hold the way it did was the delay/acquiescence on the part of SWA i.e. although SWA had knowledge about registration of the ‘Peter Scot’ trademark as early as September 1974, it waited for more than 12 years to move the Registrar for deletion of the said mark. The judge held that “We, therefore, in the peculiar facts and circumstances of this case, are of the opinion that action of the respondents is barred under the principles of acquiescence and/ or waiver. “

I was amused to find this Mint report provocatively titled “Whisky win could be offset by potential losses in rice and tea”. The report then goes on to state:
“India can have its whisky, and drink it too, but it risks losing out in the global rice and tea market. A ruling by the Supreme Court on Tuesday ended the almost two-decades-long challenge by an association of Scotch whisky makers to Khoday India Ltd’s right to have a non-Scotch whisky brand called Peter Scot because of the similarity between the words “Scot” and “Scotch”.

But the ruling could result in global retaliation and affect Indian products such as basmati rice and Assam tea, say analysts. That’s because the Supreme Court ruled in favour of Khoday despite the geographical indication (GI) status enjoyed by Scotch. Unlike a trademark—a unique and distinctive sign to identify a product or service—a GI is a sign used on goods that have a specific place of origin and possess qualities or reputation that are due to that origin.”

I couldn’t stop laughing at this doomsday prediction. Obviously our dear reporter hadn’t read the judgment. Else she would have found out that this case turned more on the traditional law of “passing off”, and much less on the new law of Geographical Indications (the Indian Geographical Indications of Goods Act was passed in 1999, but came into force only in 2003).

In fact, she might have also uncovered that the “Scotch Whisky” wasn’t even registered as a geographical indication (GI) in India. In fact, I am given to understand that no application for registration has been filed as yet in India! And yet, she presciently notes that India will face retaliation!

The only possible connection with GI law is the fact that the Indian GI Act specifically preserves the rights of existing trademark owners i.e. Section 26 of the Act protects trade marks which had been acquired through use in good faith prior to the coming into force of the GI Act or the date of filing of the GI application in question.

Luckily, her report goes on to quote one sensible source, Neel Mason, managing partner, Mason and Associates, a firm that specializes in intellectual property rights law who cautions that: “…every case is decided on specific facts. Issues of pricing, delay and nature of the labels or products are different and need to be seen on a case-to-case basis.”

As Neel rightly states, one has to look specifically to the facts of this case. And if one did so, one would find that it was “delay” and consequent acquiescence/waiver that caused Justice Sinha to decide the way he did. And not any deep disrespect for this fine whisky from Scotland–a whisky that perhaps his Lordship indulges in occasionally.

In other words, the principle endorsed by Justice Sinha is that if you delay enforcing your rights, you run the risk of an assumption that you have either waived your rights or that you have acquiesced in the infringement. This principle is applied by most other sensible legal systems that I know of. Expecting some sort of foreign “retaliation” for adhering to such a well-established legal principle is amusing, to say the least.

This case involved challenging issues pertaining to the “scope” of compulsory licensing (CL) of sound recordings under Indian law. The case had its origins in complaints filed by several radio operators under Section 31 (1) (b) of the Copyright Act, 1957, before the Copyright Board praying for a compulsory license in relation to the “sound recordings” held by Phonographic Performance Ltd (PPL) as they were unable to negotiate a rate with PPL. PPL is one of the two collecting societies in India (the other is IPRS: Indian Performing Rights Society, which is mainly a collecting society for underlying works in sound recordings).

While PPL argued that a compulsory license could issue only if the ”work” had never been made available to the public earlier, the radio stations argued for an almost automatic CL ground i.e. it was to be granted upon request and the only point for consideration was a determination of “reasonable royalty”.

Justice Sinha (again sitting with Justice LS Panta) held in favour of the latter interpretation. A second issue pertained to whether the Act (section 31 (2)) restricted CL applications to only one party or whether multiple parties could apply. Here again, although a literal reading of the section made clear that there could only be one such applicant, Jusice Sinha adopted a “purposive” approach and held in favour of multiple applicants. He noted in particular that:

“Sub-section (2) of Section 31 would lead to an anomalous position if it is read literally. It would defeat the purport and object of the Act. It has, therefore, to be read down. Purposive construction therefore may be resorted to.”

Based on his interpretation of section 31 permitting an almost automatic compulsory license (subject to reasonable royalty) and multiple licensees, he refers the case back to the copyright board for determining “appropriate” royalties.

What is interesting in this case is that Justice Sinha equates an intellectual property right to a “property right” (under Article 300A of the Constitution of India) and even to a human right!
He states that:

“An owner of a copyright indisputably has a right akin to the right of property. It is also a human right. Now, human rights have starte gaining a multifaceted approach. Property rights vis-`-vis individuals are also incorporated within the `multiversity’ of human rights.

However, he later goes on to suggest that such rights can be overridden for greater public good:
“…when a right to property creates a monopoly to which public must have access, withholding the same from public may amount to unfairtrade practice. In our constitutional Scheme…, monopoly is not encouraged. Knowledge must be allowed to be disseminated. An artistic work if made public should be made available subject of course to reasonable terms and grant of reasonable compensation to the public at large.”

The judge also makes very interesting statements regarding the applicability of international conventions in interpreting domestic issues (an issue that came up in the famous Novartis patent litigation in India, where it was alleged that section 3(d) contravened TRIPS).

Unfortunately, Justice Sinha falls prey to the verbal diarrhoea syndrome exhibited by many Indian judges (the most flamboyant of whom was Justice Krishna Iyer). In his 178 page judgment, the key part really begins only at page 138 or so.

Kruttika will bring you a full-fledged analysis on this case soon. In the meantime, for a concise view of this ruling from an industry perspective, see here.

The third Supreme Court decision to be handed down this month is a very complicated trademark case involving the famous mark “Toshiba”. Like the Scotch whisky case mentioned earlier, this one also involved an application (by an Indian entity, Tosiba Appliances Co) to rectify the register of trademarks under section 46. The key ground was that the mark “Toshiba” was never “used” in India (in relation to some goods such as washing machines and spin dryers) and that the proprietor of this mark indulged in “trademark trafficking”.

The court (Justice Sinha sitting with LS Panta) seemed to suggest that a mere use of the mark in relation to servicing centers (which serviced washing machines imported from abroad) could amount to “use”. And that a person such as Tosiba Appliances who never engaged with washing machines and dryers was not a “person aggrieved” under section 46 and did not have “locus standi” to challenge the mark.
As Shwetasree Majumder, one of the counsels in this litigation and a former blogger at SpicyIP quips: the court was attempting to prevent the challenger (Tosiba Appliances) from playing “dog in the manger”. Tosiba Appliances, the Indian company that challenged the mark was neither dealing with washing machines and spin dryers itself. Nor did it want the Japanese Corporation, Kabushiki Kaisha Toshiba, the proprietor of the mark to avail of it in relation to these goods!

In my rather simplistic analysis, I may have missed out on some of the finer points of this case. But have no fear—in a short while, our very own Mrinalini Kochupillai will navigate you dexterously through this complex morass of facts and law.

The first 2 decisions commented upon above appear to be adverse to the rights owner—the first decision does not protect a world famous “Scotch Whisky” mark and the second one carves out very broad compulsory licensing norms in the context of copyright law, even at the cost of explicitly overriding the express terms of statute. The third one however supports the rights of a foreign trademark owner, even when the “use” is not really substantial or direct.

Once we have detailed analyses from Mrinalini and Kruttika, we can begin to engage with the merits of these decisions.

Till then, lets celebrate the fact that there have been 3 IP Decisions in a single month from the Supreme Court. And while these judgments may not be path-breaking in terms of pushing the frontiers of IP jurisprudence (barring perhaps the copyright judgment), they are nonetheless very significant contributions to the area from the apex court. Lets toast to the Supreme Court of India!