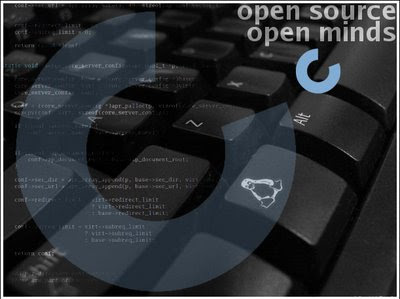 Today, we bring to you a very interesting note by a promising young student, Shashwat Purohit. Shashwat is currently pursuing his LLM at the Franklin Pierce Law Center (Concord, NH). He comments on a slightly dated (March 5, 2008) but very interesting news report in the Indian Express and gives us the basic legal and political background of the Copyleft and Open Source movement. Please do feel free to ask us any questions or details and we’d be happy to forward them to Shashwat.

Where “copyright law” prohibits unauthorized reproduction, adaptation and distribution of an author’s work, a “copyleft” license, (as the name indicates), gives every person who receives a copy of a work, permission to freely reproduce, adapt, modify or distribute the work as long as any resulting copies, modifications or adaptations are also distributed under the same copyleft license terms.

According to a recent news report: (“Kerala shuts windows, schools to use only Linux”) in the Indian Express, Kerala is the 1st State in the country to embrace open source software for its IT tests. The report states:

“Kerala is all set to become the first state in the country to completely banish Microsoft and allow only GNU/Linux free software to be used in the mandatory IT test at the state SSLC examinations that half a million students will appear for from next week. Till last year, they could take the exam using either free software or the Microsoft platform. Not anymore.

A few weeks ago, the Government formally ordered that only free Linux-based software should be used for IT education in high schools, using new the Linux text books developed by State Council for Educational Research and Training and the Free Software Foundation of India.”

According to the Linux Information Project, “Copyleft is a play on the word copyright. It describes the practice of using copyright law to remove restrictions on distributing copies and modified versions of a work for others and requiring that the same freedoms be preserved in modified versions.” Copyleft is a form of licensing and may be used to modify copyrights over works such as computer software, documents, music, and art. A copyleft license typically gives each person possessing a copy of the work, the same freedoms as the author, including:

As you may have guessed, granting these freedoms does not ensure that a derivative work will be distributed under the same liberal terms. In order to ensure that all derivative work is also distributed under a copyleft license, the terms of the original license must also ensure that the author of a derived work can only distribute such works under the same or equivalent license. (See for example the GNU GPL). The common mistake people make is in muddling copyleft with public domain–public domain is free of all restrictions, copyleft retains restrictions against what its authors view as parasitically anti-social copying.

Johan Söderberg in his article “Copyleft v. Copyright: A Marxist Critique” discusses the left view stating “Copyright was invented by and for early capitalism, and its importance to that system has grown ever since. To oppose copyright is to oppose capitalism. Thus, Marxism is a natural starting point when challenging copyright. Marx’s concept of a ‘general intellect’, suggesting that at some point a collective learning process will surpass physical labour as a productive force, offers a promising backdrop to understand the accomplishments of the free software community.” (Click here for the article)

The Indian Express story also points to the Marxist angle:

“The hardline Left’s familiar anti-MNC, anti-proprietory planks apart, another major plus of abandoning Microsoft, claim state IT Mission officials, is plainly the cost factor. “Going for a massive Windows-based infrastructure costs a lot. Linux can bundle all applications with the operating system facilitating a single installation kit”.

The logistics for making Kerala the country’s Free and Open Source Software (FOSS) destination—one of Achuthanandan’s pet Red obsessions—may be daunting, but the state is coping with it. Since last September, some 15 lakh students have been busy training on or migrating to free software on 40,000 computers put up in 2,832 high schools watched over by over 60,000 IT trained school teachers (some 86 private training institutions train the teachers) besides 161 master trainers and 5,600 school IT coordinators. “We checked. It’s the world’s biggest mobilisation of its kind,” says K Anwar Sadath, executive director of the state government’s [email protected] mission.”

Why, I might ask, can I not make a program free software by putting it in the public domain, uncopyrighted? Well, it is one way of doing things, but this will not guarantee that others will not convert the program (or minor or major modifications of it) into proprietary software. People who receive the modified program will not have the freedom that the original author intended them to have; the middleman would have stripped these rights away.

Richard Stallman – global free software guru says “In the GNU project, our aim is to give all users the freedom to redistribute and change GNU software. So instead of putting GNU software in the public domain, “copyleft” it. Copyleft says that anyone who redistributes the software, with or without changes, must pass along the freedom to further copy and change it. Copyleft guarantees that every user has freedom. Copyleft also provides an incentive for other programmers to add to free software. Important free programs such as the GNU C++ compiler exist only because of this.” [See What is copyleft? — by Richard Stallman]

The Indian Express story also goes into this background:

“When Stallman, who fathered the GNU project and developed text editor Emacs, flew down to Kerala for the first time in 2001—in his old patched jeans, long beard, free flowing hair and crumpled T-shirt—and told the curious who hadn’t heard of him in Thiruvananthapuram that he was, really, “Saint iGNUcious of the church of Emacs”, the then Congress-led Government was already busy getting the state’s IT drive on keel, drawing in Intel and Microsoft. Achuthanandan, then Opposition leader, was quick to demand that both be got rid of, and launched a particularly vocal campaign against Microsoft being allowed to train Kerala school kids, calling it ‘exploitative’.”

It seems that that Copyleft and Prof. Lawrence Lessig’s Creative Commons are here to stay and have also found their soul mates in the Indian Left Parties.

For those of you who are interested in a comprehensive, well-researched overview on contemporary Marxist’s response to the Information Age, do read Nick Dyer-Witheford’s book Cyber-Marx, Cycles and Circuits of Struggle in High-Technology Capitalism (Urbana, Ill.: University of Illinois Press, 1999) It is available online Here)